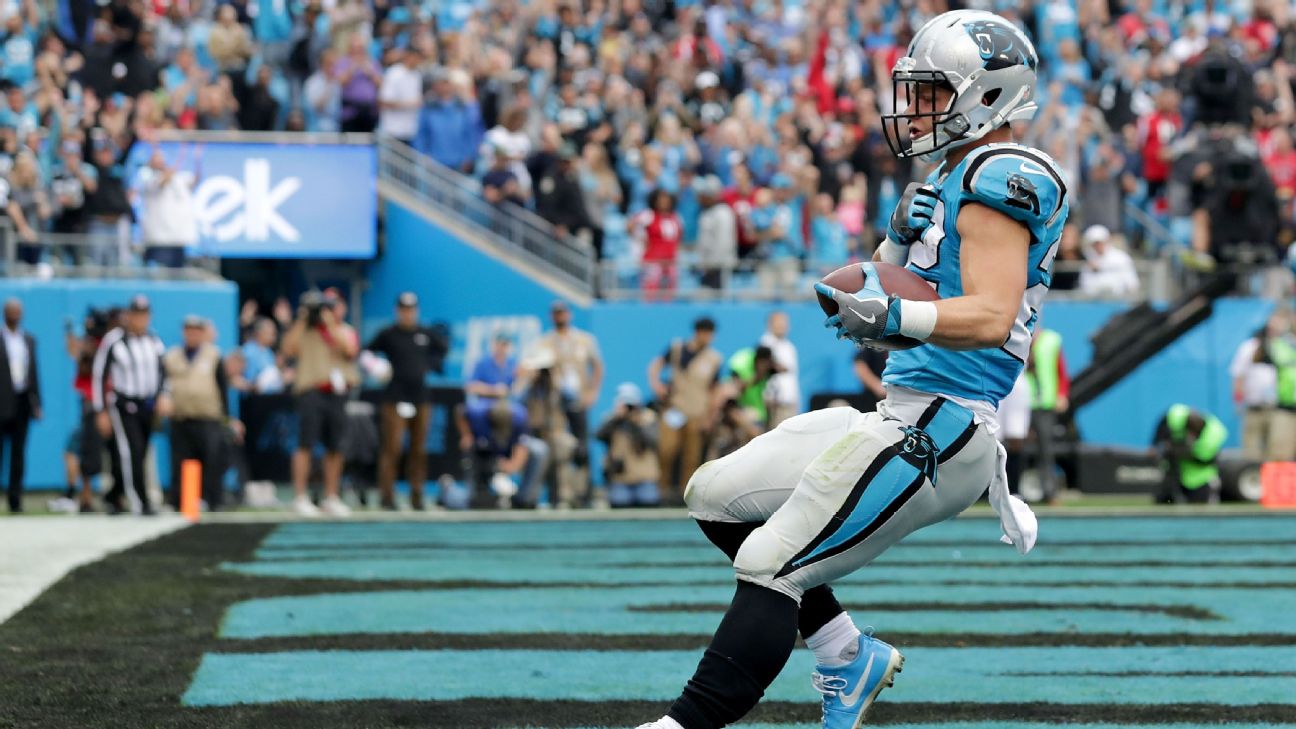 CHARLOTTE, N.C. - Carolina Panthers running back Christian McCaffrey isn't focused on personal goals such as repeating his rare feat of having 1,000 yards rushing and receiving in the same season.

Or whether that's even possible under new offensive coordinator Joe Brady, whose system focuses on spreading the ball around to his playmakers.


"The biggest statistic is winning,'' McCaffrey said Friday on a Zoom call. "That's all I've ever cared about. I just want to win. I hope everybody scores four touchdowns a game and we win by 60 every game.''

Rhule added the best thing Brady and his players can do to achieve that is have a "complete offense'' that spreads the productivity, avoids turnovers and is able to run well in the fourth quarter to put away games.

He also recognized McCaffrey would play a big role in that.

"He really is the key to our entire offense,'' Rhule said. "He's going to do a lot of special things this year and it'll probably result in big numbers. But the biggest number for him is winning.''

Rhule wouldn't commit to McCaffrey playing fewer snaps any more than he would his star repeating 1,000-1,000.

"Anybody playing that much is a lot,'' he said. "Many people haven't done it. But we're certainly not going to say, 'Hey, let's limit Christian.' ... At the end of the day, he's still the focal point of our offense. It's always going to be a high number.''

Getting the receiving yards to repeat the 1,000-1,000 feat will be McCaffrey's biggest challenge, and the Panthers plan to utilize those skills in Brady's scheme.


McCaffrey actually spent a portion of Friday's practice in individual drills with the wide receivers in addition to working on punt return drills and on the front line of the all-hands team on kickoff returns.

Rhule said McCaffrey could be a "fantastic receiver'' if called on to do that full time.

"Christian could do whatever he wanted to do,'' Rhule said. "He could play defense. He's beyond special of a talent. I also think he could go over and play safety and be one heck of a safety. He's a football guy and he's driven to excel ... and that makes him special.''

What McCaffrey hasn't done since arriving in Charlotte as the eighth pick of the 2017 draft is consistently win. The Panthers have gone 5-11 and 7-9 the past two seasons, leading to Ron Rivera being fired and Rhule hired.

"I know he has pride in doing special things,'' Rhule said of McCaffrey. "But I know the most important thing Christian wants to do is win.''
Report a correction or typo
Related topics:
sportsespnnewschristian mccaffreycarolina panthersnfl
Copyright © 2020 ESPN Internet Ventures. All rights reserved.
More Videos
From CNN Newsource affiliates
TOP STORIES