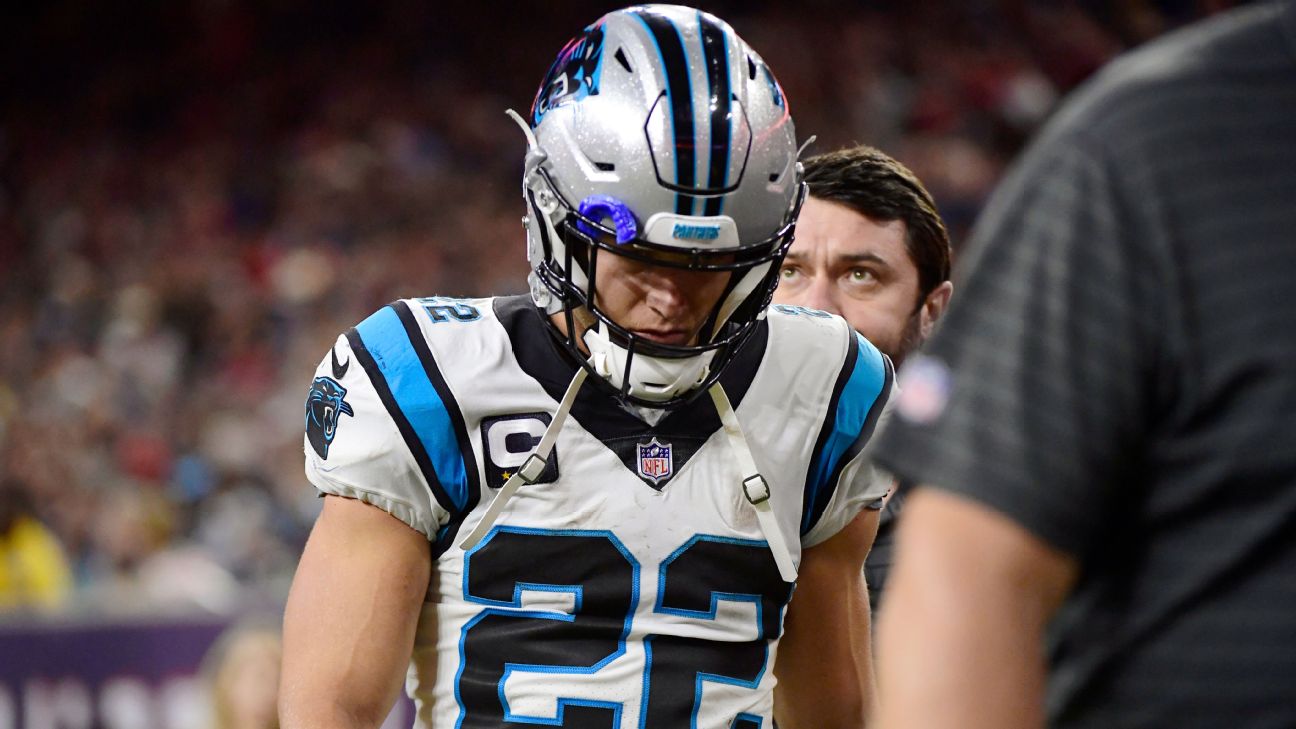 CHARLOTTE, N.C. --Carolina Panthers running back Christian McCaffrey will miss at least a few weeks because of the strained hamstring he suffered in Thursday night's 24-9 victory at Houston, coach Matt Rhule said Friday.

Rhule didn't rule out placing McCaffrey on injured reserve as the Pro Bowl running back undergoes more tests to determine the severity of the strain.


"They are still doing a bunch of diagnostic testing, so I can't tell you if that is one, two, three or four weeks," Rhule said.

First-round draft pick Jaycee Horn will be out considerably longer, possibly the season, after breaking three bones in his right foot. The cornerback and his family are in the process of deciding the best course of action, whether that is surgery or allowing the injury to heal on its own.

"It breaks my heart seeing these guys work so hard and get hurt," said Rhule, who didn't rule out injured reserve for Horn or safety Juston Burris(groin injury).

Horn addressed his injury in a tweet Friday, saying he will "be back stronger."

McCaffrey's injury occurred early in the second quarter when he pulled up on a 2-yard run around the left side. He spent 22 minutes in the sideline medical tent before walking to the locker room under his own power.

Horn's injury, like McCaffrey's, was noncontact, andresults of the tests Horn underwent in Charlotte on Friday were not immediately known. Theinjury appeared to be similar to what tight end Greg Olsen suffered in 2017 when he broke the fifth metatarsal in his right foot and missed nine weeks, including a bye.

Rhule declined to speculate on whether the short week or artificial turf was a factor in the injuries. But Rhule said he does believe the Panthers, 3-0 for the first time since 2015, are in a better position to handle this adversity than they were a year ago, when McCaffrey missed 13 games because of injury.

Rookie Chuba Hubbard and veteran Royce Freeman finished Thursday's game at running back. Hubbard had 52 yards on 11 rushes and three catches for 27 yards. Freeman had five rushes for 17 yards.

Hubbard, a fourth-round draft pick out of Oklahoma State, is expected to be first up for next week's game at Dallas. The Panthers are working out former Cleveland Browns and Texans running back Duke Johnson on Friday, a source told ESPN's Adam Schefter.

Asked if the Panthers could sustain their success without McCaffrey, left tackle Cameron Erving said, "We're a football team. We're not the Carolina Christian McCaffreys."

Quarterback Sam Darnold said McCaffrey was "sad" when they spoke after the game. Darnold said he told McCaffrey it was important he didn't rush back and assured him "we'll be all right without him."

"Obviously, we want him back," Darnold said. "But I want him to take his time right now and make sure he's good for the end of the season." 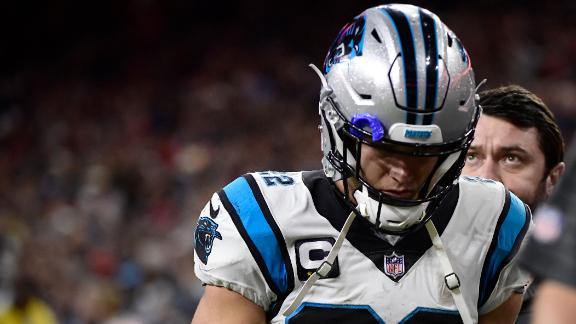