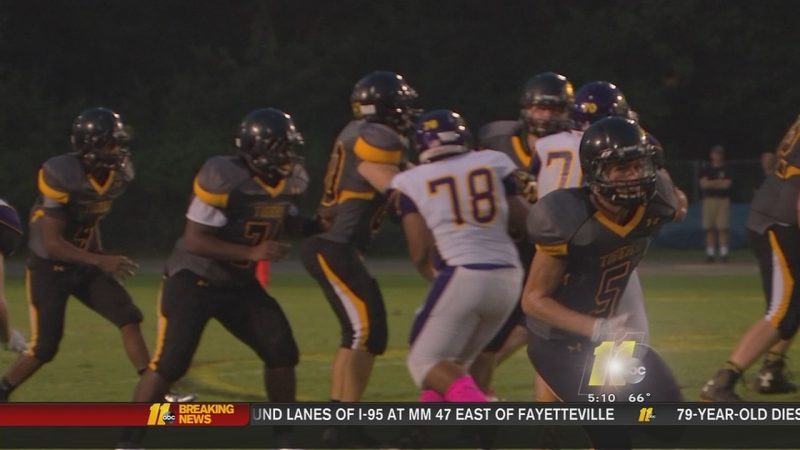 The school forfeited their homecoming game against Barlett Yancey after their team suffered multiple injuries.

The Jaguars cancelled the game after realizing only 15 students would be able to play due to team injuries this season.

Jeff Nash is the executive director of community relations for Chapel Hill/Carrboro City Schools. Nash said the school cancelled the game out of an interest for safety, as the most of the remaining players are freshmen and sophomores.

He said this is because the school has no junior varsity team.

"When you don't have a junior varsity team, you're going to have more freshmen, sophomores," Nash said. "And they would really benefit from having a year or two of J.V. but without that, you have a lot of younger students out there going against a lot of bigger kids from other schools."

Nash said none of the high schools in Carrboro or Chapel Hill have a junior varsity team this year because there weren't enough interested students to fill two teams.

Despite a decline in interest, the districts athletic program is doing well, with Carrboro High School alone hosting 21 varsity sports for a student population of roughly 800.

Nash said Carrboro High hopes to be able to play the rest of their season.

The Jaguars plan to play their homecoming game next Friday against Graham High School.