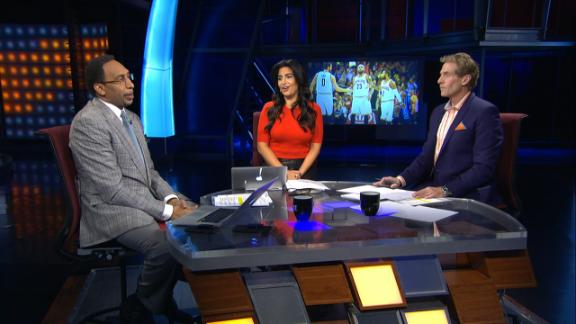 INDEPENDENCE, Ohio -- Everyone from league executives to Las Vegas bookmakers have dubbed the Cleveland Cavaliers as the favorites to win the championship this season. However Cavs coach David Blatt isn't quite ready to crown his team.

"All the predictions and prognostications, it doesn't mean a whole lot," Blatt said after practice Thursday. "Right now we are not as of yet a full team, so it's hard for me to tell you what we are. I know what I think we can be and certainly we can be a contender, but beyond that today? I don't think we got the right to talk too, too much about more than that. We'll take it one day at a time."

In NBA.com's annual GM survey Cleveland was picked to win the title by 53.6 percent of the voters. And the Cavs have 5-to-2 odds to win it all, according to VegasInsider.com.

"We're not even talking about that right now," Blatt said of the expectations surrounding his team. "We're talking about how we can get everybody on the same page, get all our players back, work hard and try to make day-to-day progress. That's very far down the line and what we're really concerned with is just becoming a good team right now."

After finishing last season with a 48-12 record from mid-January through Game 3 of the Finals, the Cavs have had some minor setbacks since losing the last three games of the championship round.

Kyrie Irving has yet to practice during training camp as he continues to recover from surgery to correct a fractured left kneecap and his return date is unknown. Iman Shumpert hurt his right wrist just days before camp opened, requiring surgery, and is expected to be out until late December. Timofey Mozgov is still experiencing discomfort in his right knee stemming from an offseason procedure. Anderson Varejao, 10 months removed from Achilles surgery, is still working on his conditioning. Kevin Love, who underwent offseason surgery on his dislocated left shoulder, is in great shape by all accounts, but has rust to shake off his game.

And then there's LeBron James, the Cavs' most important player, who only played in two of Cleveland's seven preseason games to preserve his body and has missed the last two practices as he continues to rehab his lower back after receiving an anti-inflammatory injection last week.

"We're being very conscientious and cautious with him in terms of his feeling," Blatt said of James. "He's fine and he's going to be fine, but we're just going slowly and carefully with him. He'll be out there very soon."

On the plus side, Blatt still said he expects James in the lineup come opening night next week in Chicago. And James was feeling well enough after practice Thursday to play around doing football passing drills with teammates on a grassy area outside the practice facility.

Also on a positive note, the Cavs finalized a five-year, $82 million extension with Tristan Thompson on Thursday, and the power forward is expected to report to training camp Friday.

"We're excited that Tristan's back," said Cavs forward James Jones. "He's a big part of what we do, and unfortunately, the business aspect of our game slowed us down a little bit, but we have full faith and confidence that knowing the way he works, he'll get up to speed soon and, more importantly, knowing that we have that extended depth because we all know the healthiest teams usually are the ones that are most successful in the postseason, and that's what our focus is."

Jones, who competed in the last five straight Finals as James' teammate in Miami and Cleveland, understands that health is just one of many factors that can determine a team's championship fate.

"I'm humbled that GMs across the league respect our players and our talent and our ability to compete," Jones said. "I think more than anything it signals to our guys that there's a belief that we can be champions. Internally, the motivation for us is to not repeat what happened last year, which is to get so close, but not be able to seal the deal. So, we're excited for the opportunity and, once again, that's an external expectation. Those are outsiders saying what they expect from us, but that's all irrelevant if we don't do our jobs." 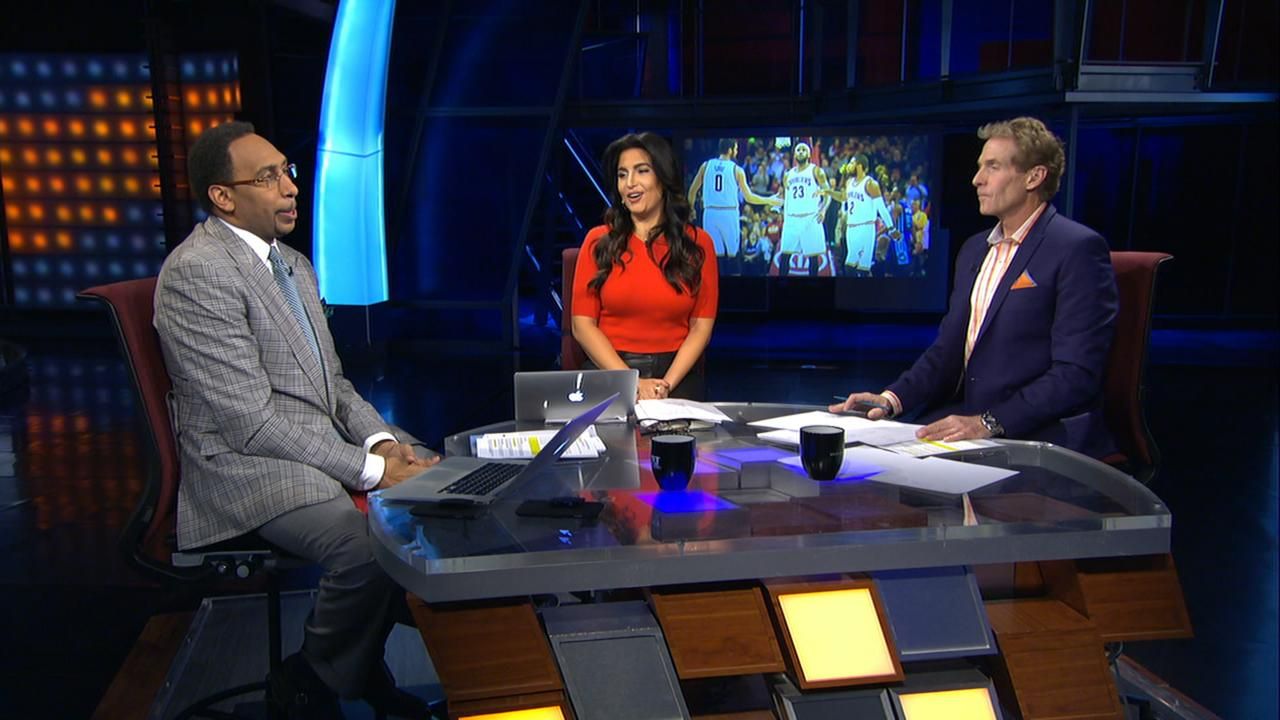