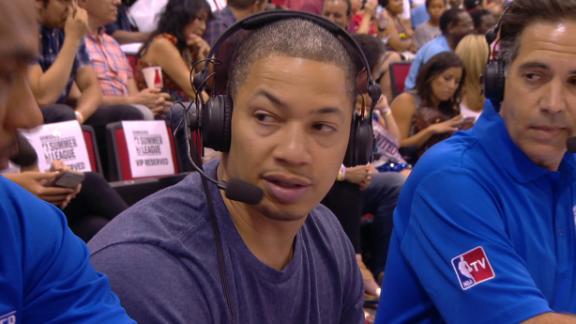 The Cleveland Cavaliersannounced they have traded little-used big man Sasha Kaun to the Philadelphia 76ers, a move that created room on the roster for them to sign center Chris Andersen in a separate deal, multiple sources confirmed to ESPN.

The Andersen signing was first reported by The Vertical.

Friday's trade sends Kaun and his $1.3 million guaranteed salary for 2016-17 to Philadelphia along with cash considerations, with the Cavs receiving the draft rights to Chukwudiebere Maduabum in return.

The Sixers' intend to waive Kaun once the trade is completed, league sources told ESPN. Kaun averaged just 0.9 points and 1.0 rebounds last season as a 31-year-old rookie after spending the beginning of his career overseas.

In effect, the Cavs purchased some of Philadelphia's cap space in the form of a trade exception, with the Sixers having the Kaun salary hit mitigated by the cash that Cleveland attached to the deal.

Cleveland also agreed to a one-year, veterans minimum deal with Andersen on Friday, according to sources. Andersen, a 6-10 center who turned 38 last week, previously played four seasons in Miami as a teammate of LeBron James. He averaged 4.6 points and 4.5 rebounds in 20 appearances with Memphis last season.