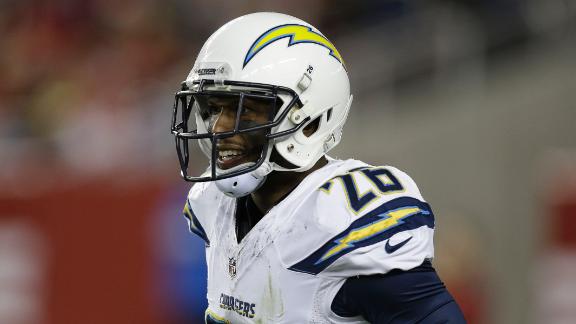 The deal is expected to be signed this week after free agency officially opens Tuesday at 4 p.m. ET.

A late addition to the Chargers' 2014 roster after signing a one-year, $3 million deal in June, Flowers served as a significant upgrade to San Diego's ailing secondary in his first season with the team. The Virginia Tech product added toughness, versatility and playmaking ability to the back end of San Diego's defense.

The 29-year-old finished with 52 combined tackles, led the team with three interceptions and totaled 11 pass breakups. San Diego allowed 259 passing yards per game in 2013 (29th in the NFL). That number dipped to 214 last season (fourth). Flowers deserved a fair share of the credit for that.

Flowers started 14 games, playing a total of 769 snaps. He missed time due to a concussion and a groin injury.

A second-round selection by the Kansas City Chiefs in the 2008 draft, Flowers has 20 interceptions, 101 pass deflections and four forced fumbles in seven NFL seasons.