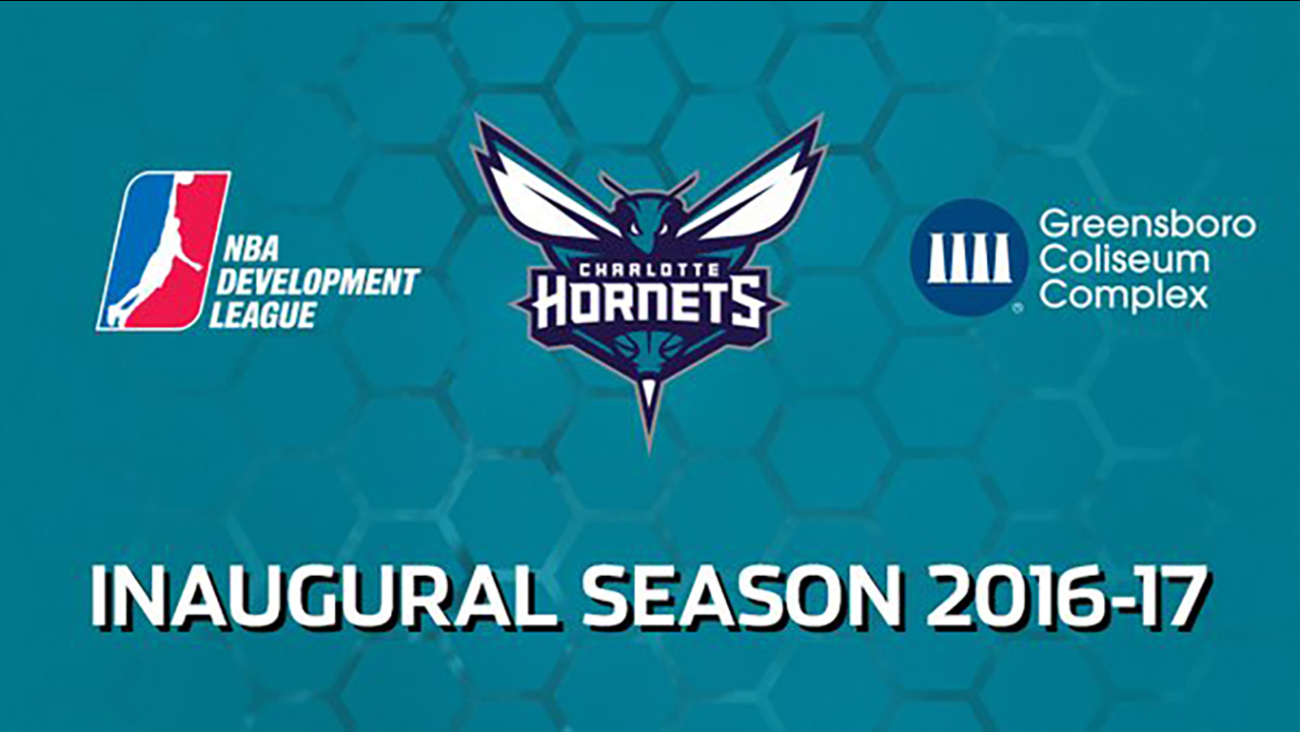 CHARLOTTE (WTVD) -- The NBA Development League and the Charlotte Hornets announced Tuesday that the Hornets will start a D-League team in Greensboro.

The NBA D-League is the NBA's official minor league. According to the NBA, an all-time high of 38 percent of all NBA players at the end of the 2014-2015 season had experience in the D-League.

What an exciting day! Can't wait to share more #hornetsdleague news as it rolls out! pic.twitter.com/y5Rtpu2xAs

"Today is a historic day for the NBA D-League, the Hornets and the city of Greensboro," said Malcolm Turner, NBA D-League President in a statement. "Having a 20th NBA D-League team, and the 11th that is owned by an NBA team, is an important and noteworthy achievement."

"It is an honor to welcome the Charlotte Hornets' new NBA D-League franchise to Greensboro," said Greensboro Mayor Nancy Vaughan. "We look forward to welcoming the franchise's players, coaches and staff to our community."

The team will start in the 2016-2017 season and play their 24 home games at the Pavilion at the Greensboro Coliseum.

The City of Greensboro and Greensboro Coliseum Complex have been selected as the home of our @hornetsdleague! pic.twitter.com/w1kiZraEs3

The team said ticket information and pricing will be announced in January, but fans interested in season tickets and visit hornets.com/dleague and place a $25 deposit per seat to gain priority.