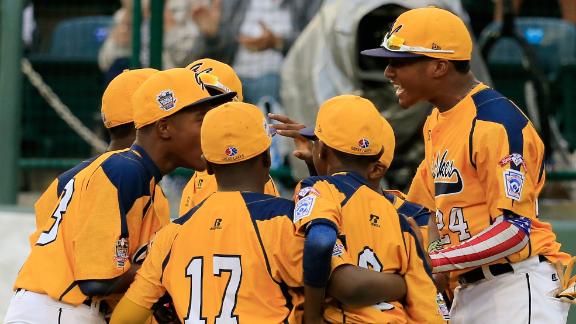 SOUTH WILLIAMSPORT, Pa. -- After Joshua Houston allowed a two-run home run in the top of the fifth inning that cost his team the lead, he was face down near the mound and pounded his fist into the turf.

"After that home run, I got scared. Very scared," he said.

But he recovered to escape further damage and then drove in the tying run with a line single in the bottom half of the inning to push Chicago's Jackie Robinson West past Las Vegas Mountain Ridge 7-5 in the U.S. final on Saturday and into the Little League World Series title game.

"I thought we were just going to give them the lead," he said of his feelings after Brad Stone's two-run shot had put Las Vegas ahead 5-4. "But I thought at some point we were going to get something going."

Two walks and Houston's rocket off the glove of the second baseman in the bottom half tied it. A fielder's choice and an error made it 7-5.

Ed Howard then came on in relief of Houston, getting a 1-6-3 double play to end the game and send the Chicago team up against South Korea, which is seeking its third World Series title in Sunday's championship game.

While the Chicago team celebrated on the field and posed for pictures, "Saturday In The Park" by Chicago fittingly played over the public address system.

Back in Chicago, friends, family and fans joined in the celebration, too.

"We saw people dancing in the streets," said Trey Hondras, who hit a two-run homer and had two of his team's six hits while driving in three runs. "I swear it looked like Michael (Jordan) was still playing back there."

The Great Lakes Region champions trailed 3-0 after the first inning and 5-4 heading into the home half of the fifth. But they came back against a Las Vegas squad which had rolled over them 13-2 on Aug. 17.

The Illinois team, called "the pride of Chicago" by mayor Rahm Emmanuel, had eliminated the Taney Dragons from Philadelphia, featuring Sports Illustrated cover girl Mo'ne Davis, by a 6-5 score on Thursday night in its most recent game.

The latest win was almost too much for exhausted manager Darold Butler to handle.

"It's still unreal," he said. "I'm still going through the game in my mind, how exciting it was and how intense it was. Right now it hasn't hit me."

The Chicago team is the first member of the Urban Initiative -- formed in 1999 to help local Little League programs in low-income urban neighborhoods -- to make it to the LLWS since Harlem in 2002.

Despite the earlier rout at the hands of the powerhouse Las Vegas team, Butler had come into the American title game confident. He said he had good reason.

"It's the players. After losing, they were ready to play that team again," Butler said. "If they could have played them the next day, they were anxious to play them again. They weren't happy with their performance, and they knew they were better than that."

Las Vegas manager Ashton Cave said his players were in tears after the defeat. He added that the Chicago team clearly had turned things around in the rematch.

"They put the bat on the ball. They hit some tough pitches and they put them in play," he said. "Because of that, they were able to generate some runs early. When you see teams twice, there's going to be different results the second time."

Almost before many in a crowd of 27,428 at Lamade Stadium had even found its seats, Las Vegas took a 3-0 lead against Houston. Three singles loaded the bases before Houston retired two hitters, but Drew Laspaluto lashed a double off the wall in center to clear the bases.

Chicago came right back on Hondras' line-drive homer to right after Pierce Jones' leadoff walk. Marquis Jackson then singled and raced all the way to third on a wild pitch before scoring on Darion Radcliff's hard single.

In the second, Hondras' single to left brought in Jaheim Benton, pinch running for Cameron Bufford, who had walked and moved up on a wild pitch by Las Vegas starter Brennan Holligan. Holligan had befuddled Chicago in the earlier meeting, but not this time.

Holligan struck out the leadoff batter in the bottom half but walked the next two hitters and was replaced by Austin Kryszczuk, who had two hits for the West champs. Houston, next up, hit a foul pop to left that was dropped. Then, he tied it with a liner off the second baseman's glove.

"I thought I was going to be out," he said of the dropped popup. "But on the next pitch I tried to square it up and hit a gap."

With runners on the corners, Brandon Green's force-play grounder brought in the lead run. Then, Howard's in-between hop got under Kryszczuk's glove to make it 7-5.

Howard then shut the door in the sixth.

"We can play baseball for Chicago, too," he said with a grin.

South Korea had a seven-run second inning on just two hits. Leadoff batter Hae Chan Choi also brought in two runs on a double during the inning. He finished 2-for-4 with three RBIs.

Thanks to three walks, along with a failed play at the plate, the South Koreans took a decisive lead.

Japan's first hit didn't come until the third inning. While the Japanese team scored once in the fourth and twice in the fifth inning, it was too little and late.

"We couldn't stop their momentum and we had an unlucky situation," Japan manager Junji Hidaka said.

South Korea will make its third trip to the championship game, after winning in 1984 and 1985. Park said his team isn't feeling any pressure.

"People back home just cheer for us," he said. "We'd like to win as much as possible, but just to be here is winning already." 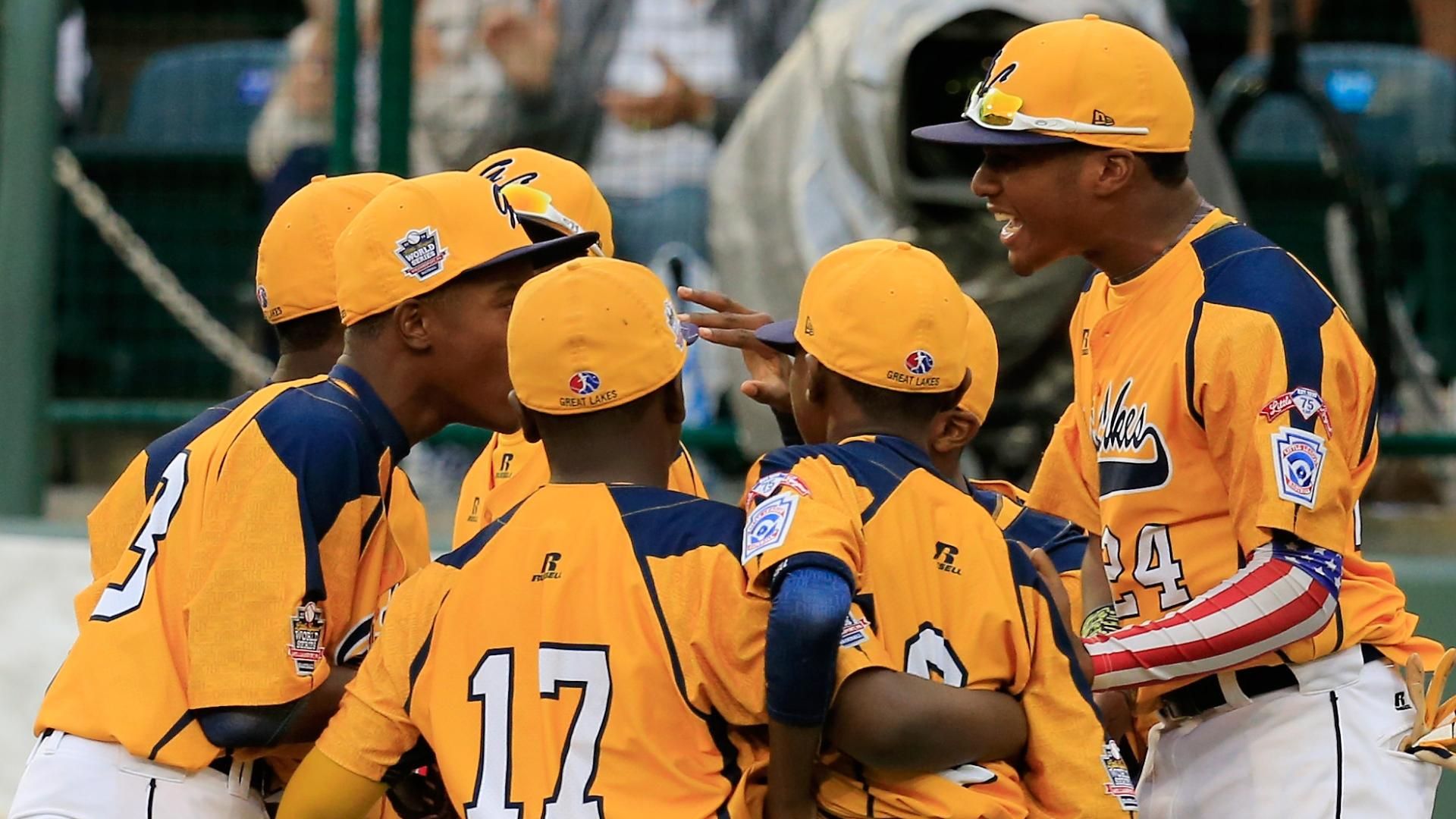 Illinois Reaches LLWS Final
Illinois set itself up for a showdown with South Korea in the Little League World Series final with a 7-5 victory over Nevada.