Clemson stuns No. 3 Duke on heels of historic win at North Carolina 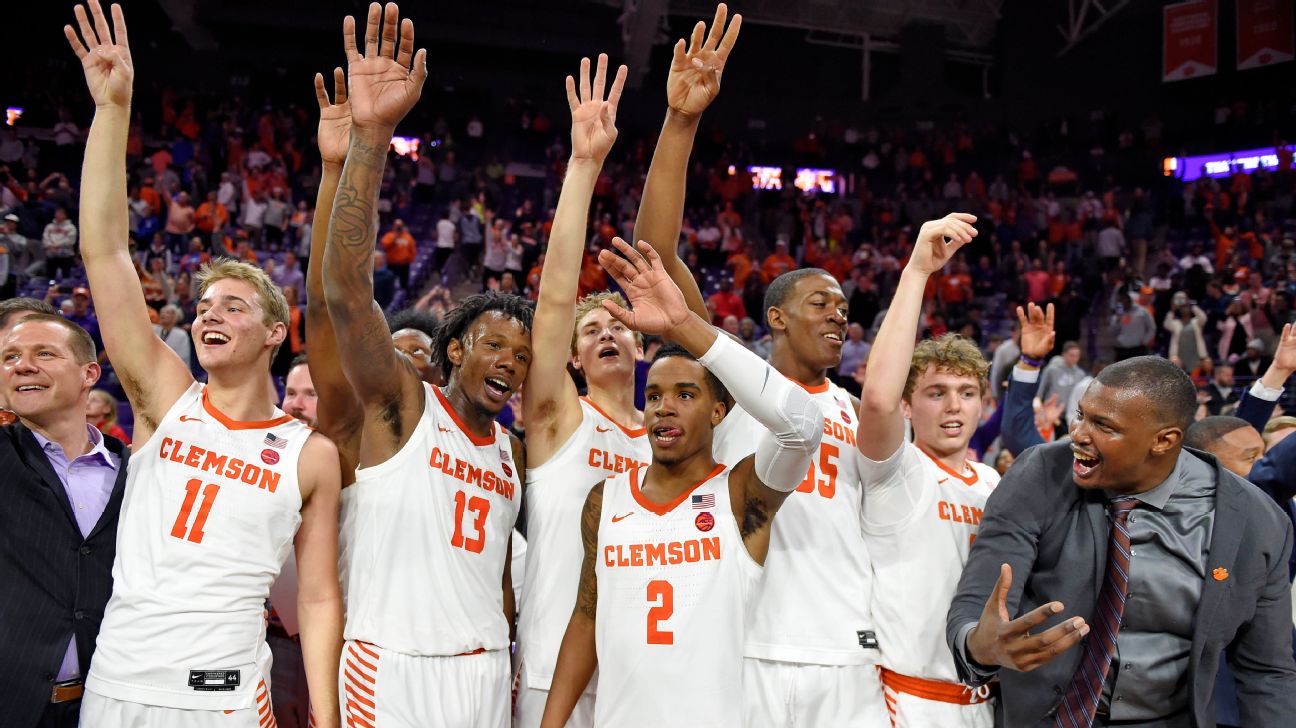 ESPN
By John Gasaway
Everything the Clemson athletic program has done over the past few days has been riveting. From the men's basketball team winning for the first time in history at North Carolina, to losing the national championship game in football to, well, read on ...

For a team that lost at home to Stephen F. Austin, the Duke Blue Devils were held in high esteem before Tuesday night. Mike Krzyzewski's group entered the evening ranked No. 3 in the AP poll, and a number of observers, including this writer, were even beginning to suggest that the Blue Devils might be the best team in the country.

Who knows? Coach K's men could still cut down the nets in Atlanta come April, but, for now, the best team in the Duke-North Carolina rivalry is clearly Clemson. The Tigers completed a remarkable sweep by beating the Tar Heels in Chapel Hill last weekend and then defeating the Blue Devils 79-72 at Littlejohn Coliseum. Aamir Simms and Tevin Mack gashed the Duke defense to the tune of 47 combined points on 20-of-29 shooting. Brad Brownell's team gave the Duke defense its worst mark for field goal defense in almost six years.

The Blue Devils were nominally shorthanded, playing withoutWendell Moore and Joey Baker. Still, Clemson's an opponent roughly equivalent on paper to Georgia Tech, and Duke managed to win on the road in Atlanta without Moore last week (though Baker did play four minutes against the Yellow Jackets). It appeared in advance that Coach K still had sufficient personnel to win at Clemson just as Virginia Tech, South Carolina, Yale and Miami had already done. Alas, appearances were deceiving.

Recovering nicely from last weekend's loss at home to Baylor, Kansas took care of Oklahoma 66-52on the road in Norman. The Jayhawks won by 14 despite playing without Devon Dotson, who was sidelined by a hip pointer he suffered in the loss to the Bears.

When starters miss games, it's customary to speculate whether this turn of events will help teammates who then have to pick up the slack. That's usually an idle exercise -- coaches have their reasons to prefer the guy who's missing -- but, in this case, it is true that "other" KU players looked good on offense in Dotson's absence.

Isaiah Moss scored 20 points, and coach Bill Self was actually running clearouts for Marcus Garrett. This team needs Dotson, but, for one night, Kansas flexed its might without him.

Buckeyes win for the first time in 25 days

A trip to Lincoln, Nebraska, turned out to be good for what was ailing No. 18 Ohio State. Despite an announcement before tipoff that OSU had suspended Luther Muhammad andDuane Washington Jr."for failure to meet team expectations," the Buckeyes defeated the Cornhuskers 80-68 at Pinnacle Bank Arena.

Before Tuesday, Ohio State had scored just 0.88 points per possession in losing four consecutive Big Ten games. A single win at Nebraska, even with a depleted rotation, isn't going to answer every question about this offense going forward. Still, putting no fewer than six players into double figures had to feel good for an OSU team that had appeared at risk for dropping out of the top 25 entirely.

Now Chris Holtmann's team travels to Penn State, where the Nittany Lions are undefeated this season. Long win streaks are hard to come by in this season's Big Ten, but at least the Buckeyes have said goodbye to their losing streak.

First place at stake in Indianapolis

It has been a while since there was a legitimately big game played in the Big East that didn't involve Villanova, but that is precisely what will take place Wednesday when No. 18 Seton Hall pays a visit to No. 5 Butler. Both teams are undefeated in conference play.

You can make a case that the Pirates have actually been the more impressive of the two early in Big East action. Kevin Willard's team has won all four of its games by eight points or more, a run that has included road victories at Marquette and DePaul. Myles Powell is in a bit of a 3-point slump, but he has been excellent inside the arc while averaging 22 points against Big East opponents. Not to mention Seton Hall's interior defense has been outstanding, and Romaro Gill is arguably the premier rim defender in the conference.

Then again, this game is being played at Hinkle Fieldhouse, where the Bulldogs have won 10 straight since last season. Kamar Baldwin is peaking as a senior, Butler's defense has been even better than Seton Hall's to this point in conference play and, assuming Butler takes care of the ball, there's no team in the Big East or possibly the country better than LaVall Jordan's group. It promises to be a game that will make its impact felt on both the conference race and on seeding in the field of 68.

No. 4 Auburn will put its unbeaten record on the line when Pearl and his men travel to Alabama (ESPN2, 9 p.m. ET). The Tigers have played two true road games to this point in the season and emerged with a one-point win at South Alabama and a 12-point victory at Mississippi State.

To win on the road against its in-state rival, Auburn will need to keep doing what has been working: J'Von McCormick has taken excellent care of the ball, Austin Wiley has been dominant on the offensive glass and Auburn has simply had far more opportunities to score than their SEC opponents have recorded. Of course, the Crimson Tide would love nothing more than to give the Tigers their first loss, and John Petty has opened conference play by hitting 44% of his 3s. Alabama also wants to turn the series around after losing both games to Auburn last season. A victory against the No. 4-ranked team in the country would represent the Tide's best win of the season by far, and Nate Oats' team will be ready.

Prepare to hear words to this effect for the next two months: Big Ten game outcomes are about to have a significant impact on the bubble picture. That's what happens when Joe Lunardi projects that no fewer than 11 teams from the league would make the tournament if the bracket were released today. (Yes, 11. Yes, that would tie a record set by the Big East in 2011.)

The games fulfilling this "significant impact" role Wednesday will be Penn State at Minnesota and Indiana at Rutgers. The Nittany Lions are perhaps the safest of the four, currently being shown by Lunardi as a No. 7 seed. Conversely, the Golden Gophers are trying to play their way in from "next four out" territory. Prior to that game, the Hoosiers and Scarlet Knights will each seek to improve their bracket position as both teams are currently projected as landing as No. 8 or No. 9 seeds. Every game really does count this season in the Big Ten. 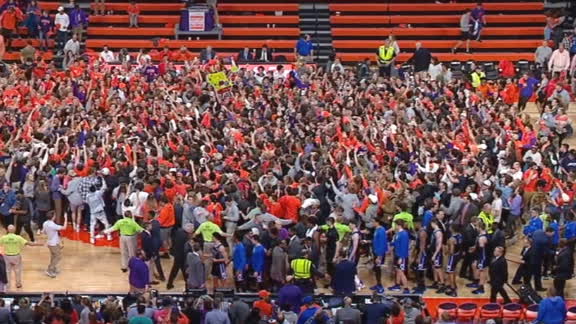