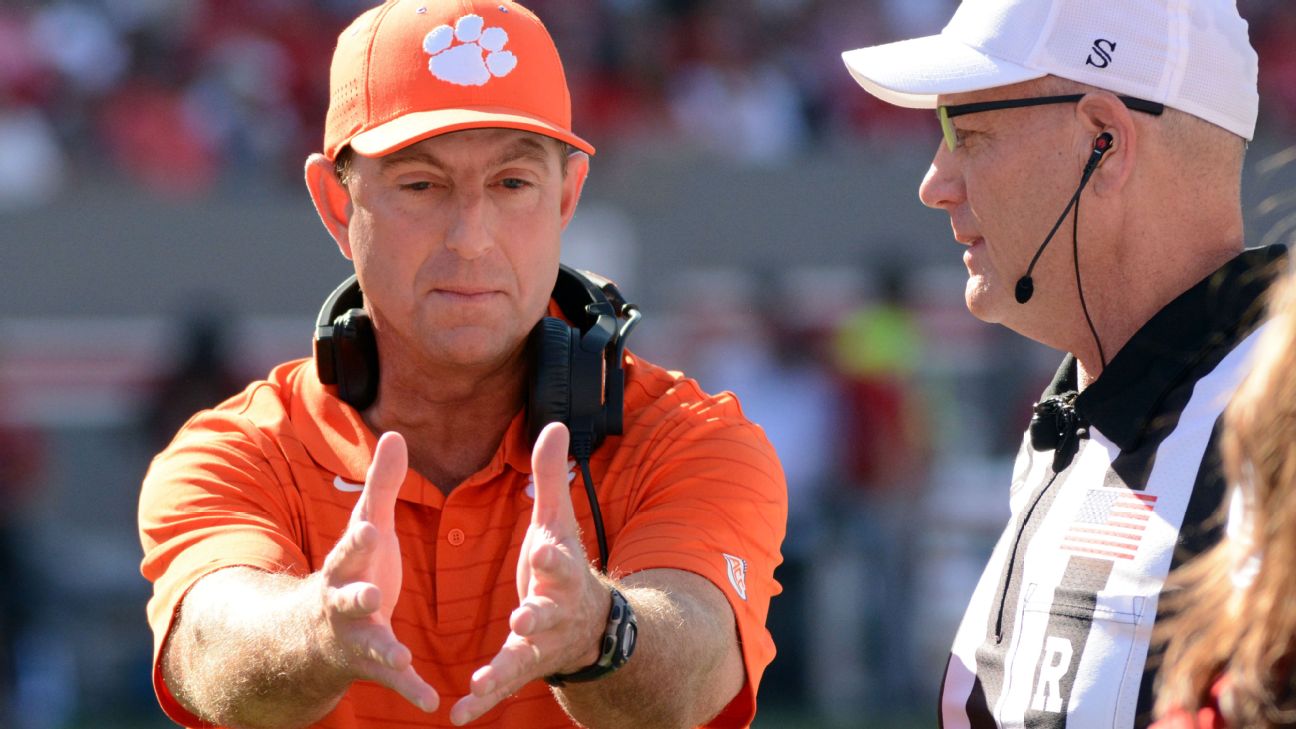 There is one mantra thatClemsonlives by, plastered all over its football facility and practice facility: Best Is the Standard.

Indeed, over the past six years Clemson has been the best at virtually everything: winning the ACC, making the College Football Playoff, churning out No. 1 NFL draft prospects at quarterback and NFL picks across the board, all while dominating with explosive offenses and stout defenses.


That is why the first four games this season have been so stunning in their quick reversal. Suddenly, the Clemson we have gotten used to watching has vanished, replaced with a team that struggles to gain 300 yards in a game. Just one year ago, Trevor Lawrence threw for over 400 yards in a half. My, how everything has changed.

After a 27-21 double-overtime loss to NC State on Saturday, Clemson dropped to 2-2 and is essentially eliminated from College Football Playoff contention before we even reach October. Its six-year stranglehold on the ACC is now in jeopardy. Every year since 2015, we have asked, "Is this the year somebody can overtake Clemson in the ACC?"

Truthfully, the cracks started to show well before this new season began. In its past two College Football Playoff games, Clemson got blown out -- first in the national championship game to LSU to end the 2019 season, then in the semifinals last year to Ohio State. Clemson looked overmatched in both -- and that was with Lawrence behind center.

But we have watched Clemson make transitions between quarterbacks and not lose a step previously. After Deshaun Watson got the Tigers a national championship in 2016, Clemson still found a way back to the playoff behind Kelly Bryant, then won another title with Lawrence in 2018. With the rest of the ACC not up to the challenge during its recent run, it made sense to believe this would once again be Clemson and everybody else.

We all expected the transition from Lawrence to D.J. Uiagalelei to be just as smooth. Uiagalelei played well in two games without Lawrence a season ago, putting up big passing numbers against both Boston College and on the road against Notre Dame. We actually had a body of work to judge him on, and that body of work said he would pick up right where Lawrence left off.

But there were issues Clemson had on offense a year ago that have become even more glaring this season. The offensive line last year was average, and Clemson had no real downfield receiver threat with Justyn Ross gone. Travis Etienne helped mask some of those issues, and his loss might be the greatest one of all for this Clemson offense. Etienne at least made the offensive line look respectable, and he was a difference-maker across the board -- including as an outlet in the passing game.

Now -- the offensive line woes are even worse. Clemson has no running game. And even with Ross back in the mix, Clemson cannot get anything going with explosive plays in the passing game. That is not exactly a combination that will allow any young quarterback to thrive, let alone one who has so many expectations heaped on his shoulders.


All the signs were there. But Clemson has been the best, so we ignored them. Even after the Tigers scored just three points in the season-opening loss to Georgia, it seemed hard to believe that this is what Clemson would be this year. After all, Georgia has one of the best defenses in the country.

But even in the next game against FCS South Carolina State, Clemson was not crisp on offense. Against Georgia Tech, the Tigers looked about the same way they did against Georgia, though at least they scored an offensive touchdown (progress?). Heading into the NC State game, coach Dabo Swinney and offensive coordinator Tony Elliott vowed to make changes.

And yet, after a quick touchdown early in the game, Clemson had one three-and-out after another, barely moving the ball. It was yet another head-scratching performance, as the Tigers finished with just 10 first downs. In fact, they had more penalties than first downs, a sad commentary on where this team is after four games.

Afterward, Swinney was asked whether he could remember the last time his team struggled this much on offense.

Elliott was hard-pressed to supply answers, too, saying they would have to "evaluate everything. It's our job as coaches to put together a plan that gives the kids the best opportunity to be successful and from there, they have to do their part and go make some plays."

That simply has not happened this season, and though the coaches have tried to explain it, they seem a little mystified by it all, too. After all, they are not used to sitting at 2-2, either, and without any control over the ACC or playoff race so early in the season.

Because that is what Clemson has done every September since 2015. In the seasons when it did have a regular-season loss, those losses came later -- to Pitt in November 2016, Syracuse in mid-October 2017 and Notre Dame in November 2020.

Though Clemson did have to overcome those losses, this one to NC State forces the Tigers to climb a much steeper mountain to have any shot at the Atlantic Division title. ESPN's FPI still thinks it is possible, awarding Clemson the highest odds to win the ACC -- although those have dropped from 57% entering Saturday's game to 27.5% after the loss.

Swinney said his team would get back to work Monday to find a way to win another game. But the next one provides a huge challenge, too: 4-0 Boston College comes to town, after nearly upsetting the Tigers a year ago.

No matter how it ends, this will not be the season anybody expected for Clemson. Though Swinney says his only expectation for his team is "to be the best we can be," the best might not be good enough for another ACC title. Certainly not for a CFP appearance.

Teams are not impervious to down seasons. Alabama has missed the playoff, only to emerge stronger than before. But this is the first time the Tigers have experienced these struggles during their long playoff run.

Nothing will be automatic for them moving forward.

Not even the ACC. 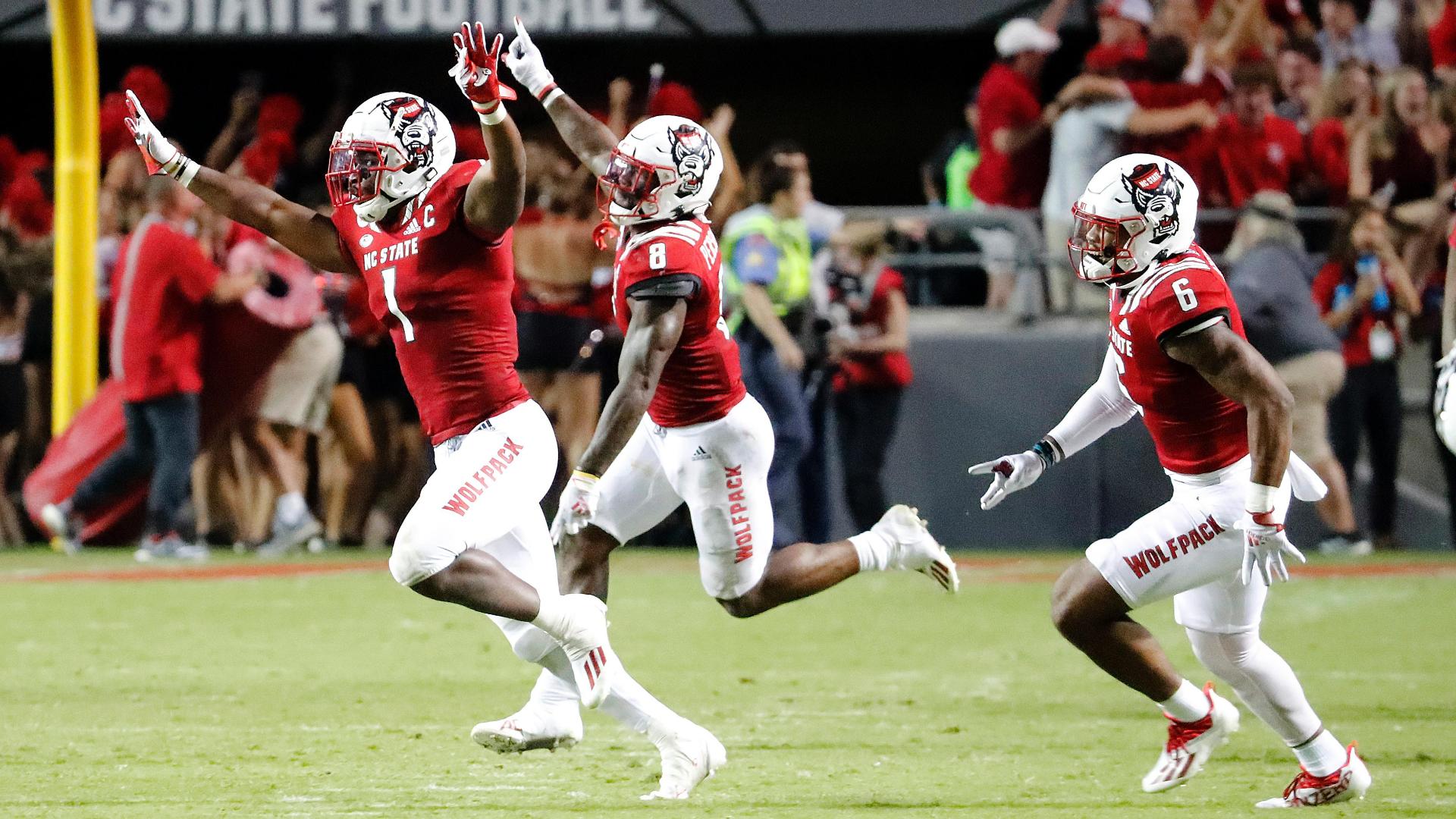