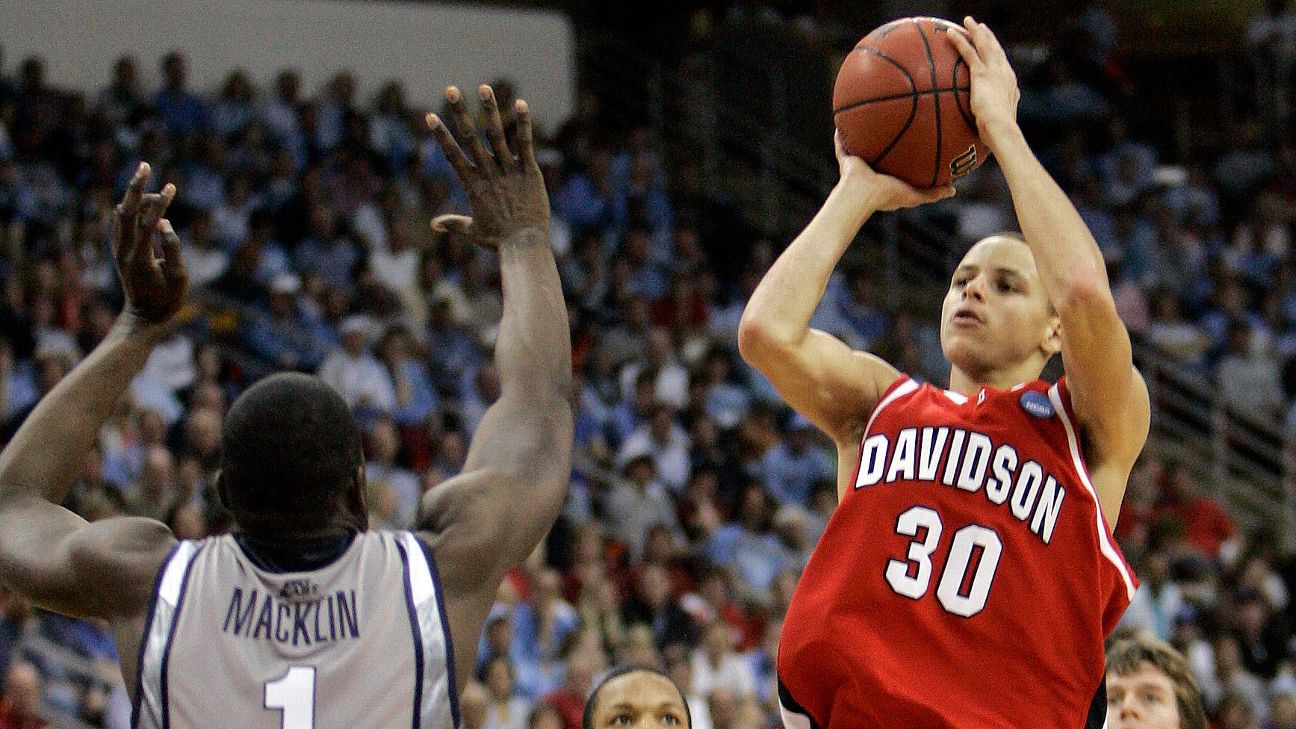 ESPN writers and commentators will provide daily roundtables and predictions as the bracket advances through March 31. Below, writers Jeff Borzello, Andrea Adelson and Charlie Creme break down the Midwest Region.

Who's a player not enough people will appreciate in the Midwest bracket, but should?

Jeff Borzello: Chris Webber's college career is highlighted (lowlighted?) by one moment: calling a timeout that Michigan didn't have with 11 seconds left in the 1993 national title game against North Carolina. It's one of the more memorable/infamous moments in NCAA tournament history. But Webber had an absolutely dominant two-year college career that gets overshadowed because of that timeout. He was the best player on a team that went to the national championship game two seasons in a row, averaging a double-double both seasons. He won Big Ten Rookie of the Year as a freshman and earned first-team All-American honors as a sophomore. People will focus on the timeout, but Webber's college career was way more than that.

Andrea Adelson: Elvin Hayes averaged 31 points and 17.2 rebounds at Houston. But let's put that aside for a minute and remember what Hayes went through to become such a dominant force for the Cougars. It might be easy to forget that he and teammate Don Chaney were the first two African Americans to play basketball at Houston. They endured professors who refused to teach them, fellow students who refused to sit next to them in classes and teams that refused to play them. Yet they persevered. Hayes took Houston to two Final Four appearances and also played in what was known at the time as "The Game of the Century" against Lew Alcindor and UCLA in 1968, in which the Cougars broke the Bruins' 47-game winning streak. He was named AP Player of the Year in 1968 and helped Houston make two Final Four runs.

Charlie Creme: Among the five women's players in this region, Sabrina Ionescu and Cheryl Miller probably will earn most of the attention. While that might be fine by the quiet and unassuming Maya Moore, it shouldn't be for the rest of us. Moore was the most unstoppable player in the sport during her final three seasons at UConn. She was the player most responsible for restarting the Huskies' dynasty and spearheaded two unbeaten national title runs. Diana Taurasi and Breanna Stewart definitely get talked about more in any discussion of UConn basketball. But Moore is the Huskies' all-time leading scorer, and one of only two players in women's history to be a four-time unanimous first-team All-American. She sat out this past WNBA season and would always prefer to stay out of the basketball spotlight, so overlooking her might be understandable. But no one should.

What's the most memorable collegiate performance from a player on this list that you want to tell the world about?

Borzello: I was too young for most of the careers in this bracket, but I remember Steph Curry's 2008 NCAA tournament from my college days. I remember going to a Philadelphia Flyers game during his game against Georgetown, and getting updates once we got to the arena. I remember being glued to my TV in my living room at home during the Elite Eight game against Kansas, hoping Davidson would pull off the upset to get to the Final Four. That 2008 run was unbelievable, with Curry scoring 40 points in the first round against Gonzaga and dropping 30-plus in the next two before falling to Kansas after scoring 25 points. Curry made 28 3s in four games. Just a ridiculous four-game stretch.

Adelson: Cheryl Miller is a college basketball god, and it's hard to pick just one memorable collegiate performance during her incredible USC career. High school -- now that's way easier. She scored 105 points in a game once. Oh, and she dunked in said game. But among the myriad college games, let's just go with her performance as a true freshman in the 1983 national title game against No. 1 Louisiana Tech. Miller helped the Trojans erase an 11-point halftime deficit and was simply too athletic to guard down the stretch. USC won the national championship (the team won it again the following season). She finished with 27 points, 9 rebounds, 4 blocks and 4 steals and was the tournament's Most Outstanding Player. Again, as a true freshman.

Creme: He wasn't quite The Admiral yet, but what David Robinson did to Syracuse in the second round of the 1986 NCAA tournament on Navy's way to a remarkable Elite Eight run launched a nickname and a Hall of Fame career. Back then teams did get to play on their home court in the early rounds, and since I lived too close to the Carrier Dome, the game was blacked out on television. So as a teenager standing in my kitchen in front of barely more than a transistor radio, I listened as Robinson carved up the Orange (then the Orangemen) to the tune of 35 points, 11 rebounds and 7 blocks. Three Syracuse big men fouled out trying to guard him and he went to the free throw line a remarkable 27 times. This was a Syracuse team that won the Big East that season, beat Navy by 22 points earlier in the season and was the East Region's second seed. After the game Jim Boeheim called Robinson unguardable and a better shot-blocker than Patrick Ewing.

Give us one upset you expect to see in the first round, and why?

Borzello: Steph Curry, undoubtedly. I've already talked about him, but I think he'll win his first-round matchup for a number of reasons. One, he's Steph Curry. Two, nearly everyone voting will remember his run through the NCAA tournament. He was awesome. Three, Curry did it for a Cinderella team that knocked off several big-time programs on the way to the Elite Eight. Giving him a 12-seed was probably too low, and when you combine that with likely voting habits, this seems like a surefire upset pick -- even in a tough matchup. There has to be a 12-over-5 upset every year, right?

Adelson: America loves an underdog. And America also loves rooting against Duke. So I wouldn't be surprised if David Robinson moves on in the bracket over Jay Williams for that reason alone. Look, this is really no offense to Williams, who is likable, knowledgeable and has his own underdog story after surviving a horrific motorcycle accident (not to mention an exceptional Duke career). But Robinson took Navy to its first NCAA tournament appearance in 25 years in 1985 and the Elite Eight in 1986 (as a No. 7 seed) and averaged 28.2 points, 11.8 rebounds and 4.5 blocks as a senior (scoring 50 points in his last NCAA tournament game).

Creme: If a No. 9 beating a No. 8 is an upset, then my money is on Sabrina Ionescu. Wilt Chamberlain might be the most dominant athlete of all time, but he has been out of the public consciousness for years. With a record-breaking senior season chronicled like few ever have been, Ionescu leads this entire field in awareness. Even fans who don't follow the women's game as closely will know that she has more triple-doubles than any college player of either gender in history and became the first to surpass 2,000 points, 1,000 rebounds and 1,000 assists in a career. As great as he was, Chamberlain played only two years at Kansas and any video of him in Lawrence is in black and white, unrecognizable to most of the likely voters. 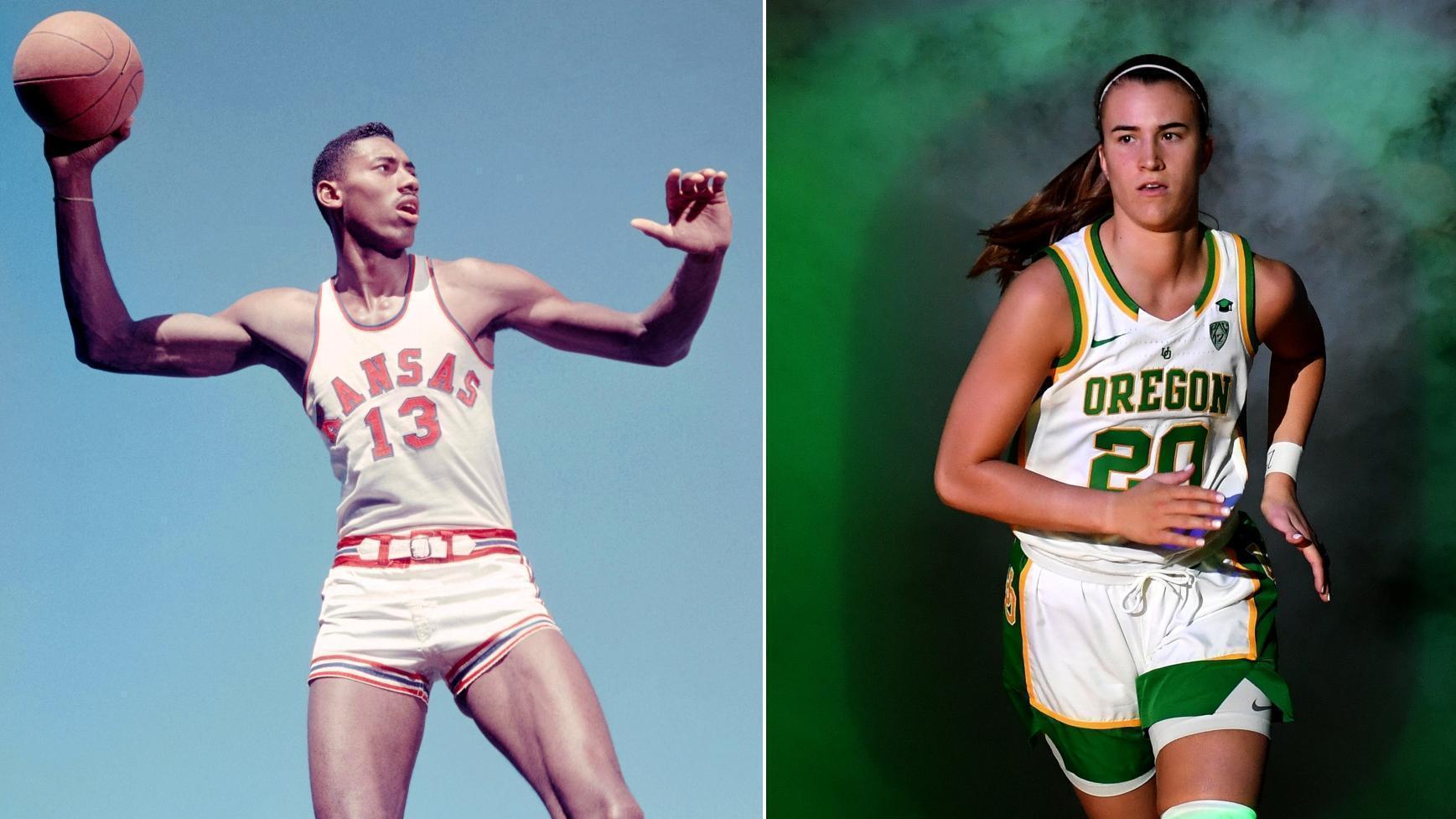