College Football Playoff rankings: Snub to Cincinnati and Group of 5 is simply unbearable 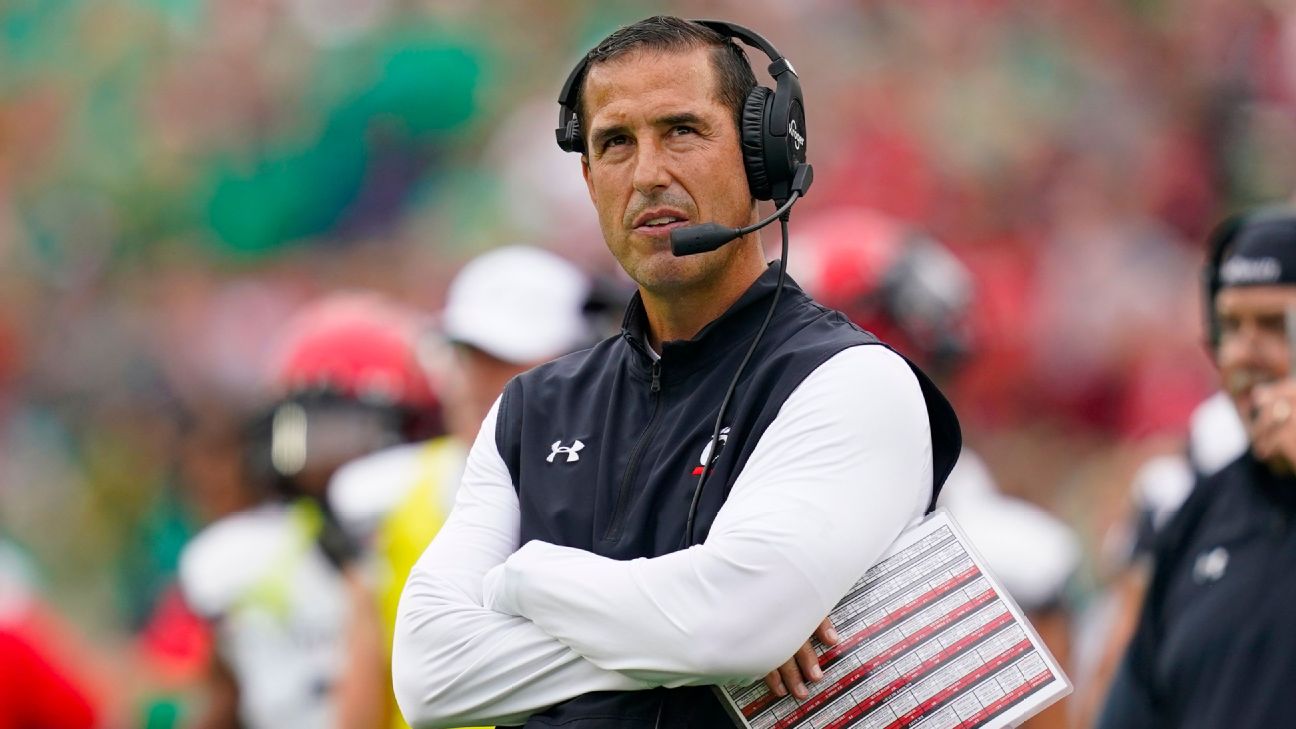 For the first time since the College Football Playoff was established in 2014, there was some real, genuine hope thatCincinnatiwould make history as the first Group of 5 team to make the top four.


The CFP selection committee reminded us all once again that the Group of 5 need not apply to the playoff, that it is judged by a different set of rules, that it might as well be playing for crumpets and not national championships.

Despite the best nonconference record of any undefeated Group of 5 team ever presented to the committee, Cincinnati landed at No. 6 in the first rankings reveal Tuesday -- a complete and utter joke that insults every school that resides outside the major conferences.

The selection committee might pat itself on the back for putting Cincinnati higher than any Group of 5 team in playoff history. But the hypocrisy would be laughable if it was not so pathetic. WhenUCFwent undefeated in 2017 and 2018 and did not even come close to the top four, people like CFP executive director Bill Hancock told us all that if the Knights' nonconference schedule was just a little bit better, who knows what might have happened?

Hancock in particular held up 2016Houstonas a shining example. That season, Houston beatOklahomato open the year. But the Cougars stumbled during conference play and they were eliminated from consideration. Back in 2018, when asked whether the committee was unfair to Group of 5 teams, Hancock told ESPN, "I don't buy it. Look no further than Houston. Everything was teed up for them, a good schedule, a good conference schedule, and I just disagree with those people."

Cincinnati has a good schedule. Same conference (AAC) as Houston, as a matter of fact. Its definitive nonconference road win overNotre Dameis actually better at this point in the season than the 2016 Houston win over Oklahoma (played on a neutral site).

The Sooners started 1-2 that year. No. 10 Notre Dame currently sits at 7-1. In addition to the win over Notre Dame, Cincinnati beatIndiana-- giving the Bearcats two wins over Power 5 nonconference opponents. On the road. That is exactly what was asked of them, and yet, still not good enough. It is not Cincinnati's fault that Indiana has not met expectations this year.

By contrast, No. 5Ohio Statedoes not have a marquee nonconference win. While it is true Ohio State plays predominantly Power 5 teams because it is in the Big Ten, this once again leads to the same debate we have had since UCF tried to rabble rouse its way into the top four: If there is nothing that Group of 5 teams can do in their nonconference schedule, then what is the point of including them in this Power 5 playoff invitational?

The conference strength of schedules between the Power 5 and Group of 5 will always be skewed heavily toward the Power 5. If stronger nonconference schedules cannot mitigate this fact, then the College Football Playoff selection committee needs to be honest for once and just come out and say it: Sorry, Group of 5 teams. There really is nothing you can do.


The sad truth is this: Every year, the goalposts keep moving. When the playoff was created, we were fed the line that this would help Group of 5 teams finally have a chance after the BCS shut out every undefeated Group of 5 program from the top two. So go undefeated and the top four will await!

But then finishing undefeated was not enough. Then they were told they should build strong nonconference schedules, and also go undefeated. But also make sure their conference is strong enough to help. But maybe they also need to blow out every opponent now. Cincinnati struggled againstNavyandTulanebefore pulling away to win the past two weeks. Guess that is not allowed, either.

So now let me consult this very long checklist that applies only to the Group of 5:


See? Nothing these teams do will ever be enough.

Instead of rewarding Cincinnati with a top-four spot as one of six undefeated teams remaining, the committee opted to reward two one-loss teams: No. 2Alabamaand No. 4Oregon. But placing Cincinnati at No. 6 was not the only attention grabber Tuesday.

The committee ranked undefeated Oklahoma at No. 8, an indictment of the Sooners' sloppy, inconsistent play all season, including a near-loss toKansas. In the other major shocker, seeing a one-loss Pac-12 team in the Top 4 may have actually been more perplexing. The committee clearly gave Oregon credit for a big win over Ohio State, and that should definitely put the Ducks over the Buckeyes. But Oregon also lost to a below-averageStanfordteam and scratched its way to wins overCalandUCLA... you know, kind of like what Cincinnati did the past two weeks.

That takes us to Alabama. Its best nonconference win is over ... 4-4Miami. But the committee has shown over the course of its history that the SEC strength of schedule is all that really matters when it comes to the evaluation of schools from that conference versus everyone else.

There are those who might want to fire back and say, "Alabama/Ohio State/Georgia would crush Cincinnati in a playoff game!" Was it not less than one year ago when Cincinnati nearly upset Georgia in the Chick-Fil-A Peach Bowl? Or does that not count because Georgia "didn't care" and "wasn't playing hard" because it missed the playoff?

The fact is No. 6 might be the ceiling for Cincinnati unless chaos happens ahead. But even if everyone loses and the Bearcats finish undefeated, it is obvious one-loss teams -- maybe even a two-loss Alabama -- will find their way ahead of the Bearcats, given the way the rankings look today. Cincinnati will not have a better win the rest of the season than Notre Dame. Wins overSMUand in its conference championship game will pale compared to what the teams ahead have looming.

Cincinnati sits in the top four in both the coaches and AP poll, providing that glimmer of hope that the selection committee would follow suit. But the committee has telegraphed exactly how it feels about the Group of 5 for seven years now.

How silly to think this year might be any different. 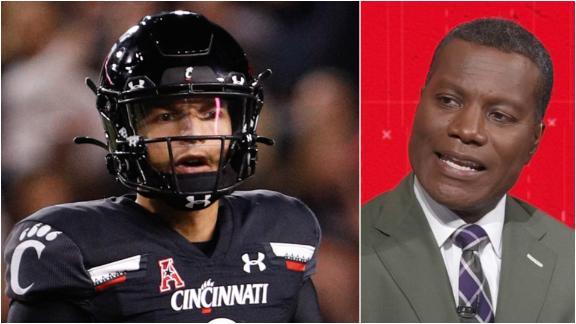