Cowherd details flap over comments made about Dominican ballplayers 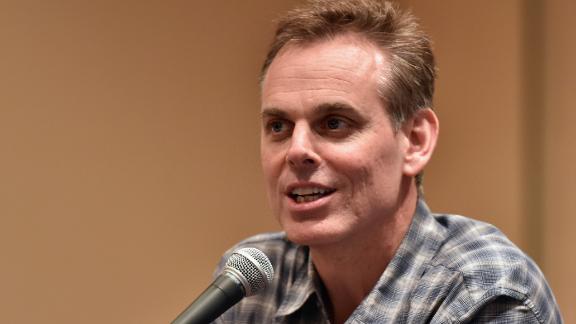 In a statement, MLB said it "condemns the remarks made by Colin Cowherd, which were inappropriate, offensive and completely inconsistent with the values of our game" and that he "owes our players of Dominican origin, and Dominican people generally, an apology."

On Friday, Cowherd addressed his remarks from Thursday.

"I could've made the point without using one country, and there's all sorts of smart people from the Dominican Republic," Cowherd said during The Herd on Friday. "I could've said a third of baseball's talent is being furnished from countries with economic hardships, therefore educational hurdles. For the record, I used the Dominican Republic because they've furnished baseball with so many great players."

Cowherd on Friday cited reports and statistics to back up what he said about the country's ranking when it comes to primary education.

"I understand that when you mention a specific country, they get offended," Cowherd said. "I get it. I do. And for that, I feel bad. I do. But I have four reports in front of me ... where there are discussions of major deficiencies in the education sector at all levels. ... It wasn't a shot at them. It was data. Five, seven years ago I talked about the same subject. Was I clunky? Perhaps. Did people not like my tone? I get it. Sometimes my tone stinks.

"I think when you host a radio show, just like Jon Stewart hosts a show, I think sometimes I bring up stuff ... that makes people cringe. I'm not saying there's not intelligent, educated people from the Dominican Republic. I cringe at the data, too."

Tony Clark, executive director of the MLB Players Association, also issued a statement in which he took issue with Cowherd's response Friday to his original comments.

"As a veteran of 15 MLB seasons, I can assure you that our sport is infinitely more complex than some in the media would have you believe," Clark said. "To suggest otherwise is ignorant, and to make an ignorant point by denigrating the intelligence of our Dominican members was not 'clunky' -- it was offensive.

"These recent comments are particularly disappointing when viewed against the backdrop of the important work being done to celebrate and improve the cultural diversity of our game. Baseball's partners and stakeholders should help such efforts, not undermine them."

There were 83 Dominican players on Opening Day rosters this year, representing about 10 percent of all players in the majors.

The flap stems from Cowherd's comments on Thursday, which were made while debating whether it was difficult for a front-office executive to take over managerial duties -- using current Miami Marlins general manager/manager Dan Jennings as an example.

"It's baseball," Cowherd said Thursday. "You don't think a general manager can manage? Like it's impossible? The game is too complex? I've never bought into that, 'Baseball's just too complex.' Really? A third of the sport is from the Dominican Republic. The Dominican Republic has not been known in my lifetime as having world-class academic abilities. A lot of those kids come from rough backgrounds and have not had opportunities academically that other kids from other countries have.

"Baseball is like any sport. It's mostly instincts. A sports writer who covers baseball could go up to Tony La Russa and have a real baseball argument, and Tony would listen and it would seem reasonable. There's not a single NFL writer in the country who could diagram a play for Bill Belichick. You know, we get caught up in this whole 'thinking-man's game.' Is it in the same family? Most people could do it. It's not being a concert pianist. It's in the same family."

Cowherd's comments drew the attention of Toronto Blue Jays slugger Jose Bautista, a native of the Dominican Republic who asked Cowherd via Twitter for further clarification concerning his remarks on Thursday.

"Some of Colin's comments yesterday referencing the Dominican Republic were inappropriate and do not reflect ESPN's values of respect for all communities," the statement said. "Colin's on-air response today addressed the importance of making sure his opinions are fact based and responsible for all people."

Cowherd, who has been with ESPN for 12 years, announced earlier this week that he's leaving the company for another business opportunity.