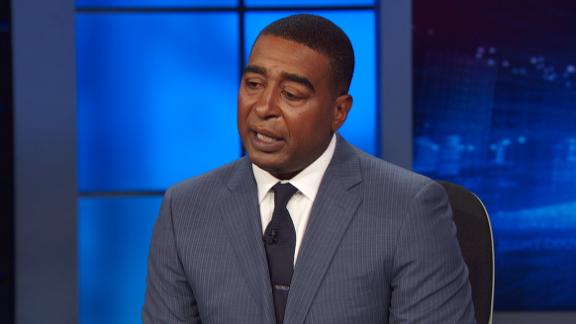 Cris Carter apologized on ESPN's "Monday Night Countdown" for his remarks at the 2014 NFL Rookie Symposium, where he talked to players in the NFC session about having a "fall guy in your crew" in case a player got in trouble.

"I can't make an excuse for what my mindset was," the ESPN NFL analyst said. "My heart was in the right place. I didn't use words that I was very proud of. It's not the kind of advice I would offer young people. I would never tell young people to break the law to avoid prosecution. It was bad advice. I really regret my words."

Carter said he is taking the situation seriously and hopes to continue working with the NFL and young players.

"I hope I learn from it, and I hope it makes me better, and I hope my reaction in the next situation is better," Carter said.

ESPN and the NFL both condemned Carter's remarks at the symposium.

The video was brought to light after a recent ESPN The Magazine interview with former San Francisco 49er Chris Borland. Borland retold the story but wouldn't identify the speaker. Video of the symposium had been archived on NFL.com, with Carter and Warren Sapp talking to players. Carter talked about having a fall guy, and Sapp repeated Carter's statement that "we'll get him out" if the person goes to jail. The video was later removed from NFL.com.

ESPN said in a statement, "We completely disagree with Cris's remarks, and we have made that extremely clear to him. Those views were entirely his own and do not reflect our company's point of view in any way."