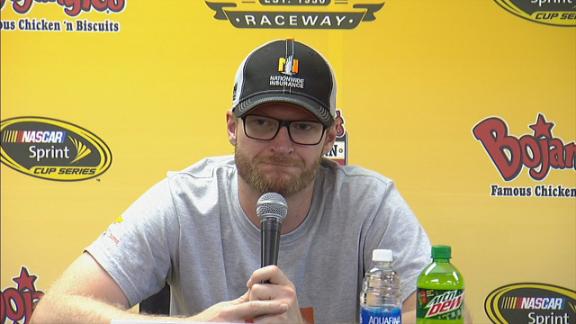 DARLINGTON, S.C. -- Dale Earnhardt Jr. says he feels better as he continues to rehabilitate the vision and balance issues he suffers from but added that he does not belong in a race car as he recovers from a concussion suffered in June.

Earnhardt, who has missed the past seven Sprint Cup races including Sunday's Southern 500 at Darlington Raceway, announced Friday that he would not return to his Hendrick Motorsports car for the rest of this year.

"I have the passion and the desire to drive," Earnhardt said Sunday at Darlington Raceway. "I enjoy it. ... My heart is there to continue, and if my doctor says I'm physically able to continue, that's an easier decision for me to make.

"[Retirement] is not something I think about. We're trying to focus on just getting well and getting normal."

The 41-year-old driver is preparing to return to the seat in 2017, and his doctor Sunday said the treatment focuses on Earnhardt -- who he said was "pretty sick" -- being able to handle everyday life and then a race car.

"We're doing what we're doing right now to make sure we get Dale's systems rehabbed to the point where not only does he feel normal but hopefully to the point where we don't see less force causes [them] to come back," said Dr. Micky Collins of the University of Pittsburgh Medical Center Sports Medicine Concussion Program.

"We've advanced things to a point where we know how to rehab these symptoms well. ... Hopefully we can get to a point where we see that he can withstand the normal forces of a race car driver. If he had a significant force, that would cause an injury as it would anyone."

Earnhardt has battled balance and vision issues associated with gaze stability -- the ability to focus on an object in the distance while moving his head. He is going through vision, stability and exercise therapy.

Collins treated Earnhardt in 2012 when he missed two races because of two concussions in six weeks.

"We went through this process in 2012," Earnhardt said. "It was very scary and difficult. Micky told me that I would one day be well and I would win races again, and he was right. ... He's telling me this is possible again, and I believe it."

Earnhardt vows to race again despite having a history of concussions dating back to 2002. The June 12 wreck at Michigan International Speedway this year didn't appear so violent that it should cause a concussion. His car got jostled about three weeks later at Daytona, and the symptoms started the following week.

He said he has seen significant improvement over the past few weeks, and both the driver and doctor said the decision not to race the remainder of the year has relieved stress, which should accelerate his recovery.

"I struggled with my eyes for a while," Earnhardt said. "I'm starting to see improvements there, which I was thrilled to wake up one day and feel a difference. ... My balance is miles better than when it was when I first went to see Micky."

Collins said Earnhardt has worked as hard as any patient he has had.

"When I first saw Dale, my goal was to see Dale become a human being again," Collins said. "And I can tell you with confidence that is occurring in front of our eyes. ... The second goal is Dale becoming a race car driver again.

"Yes, we will be working on that as well. I'm very confident we are moving in the right direction."

While he feels comfortable driving a car and doing things in everyday life, Earnhardt said there are still times where he would be in the car and stumble.

Earnhardt, who turns 42 in October, has 26 victories -- including two Daytona 500 wins -- in 595 career Sprint Cup starts. He has finished in the top 10 in 42 percent of his races. The son of seven-time Sprint Cup champion and NASCAR Hall of Famer Dale Earnhardt, Earnhardt Jr. has never won a Cup title, with a best finish in the season standings of third in 2003. After missing the Chase for two consecutive seasons, he has enjoyed a career resurgence with five consecutive Chase appearances from 2011 to 2015.

"I definitely don't belong in a race car today by any stretch of the imagination," Earnhardt said. "You don't know how long this process is going to take. We want to be healthy and be able to compete at some point.

"But we also don't want to take any risks to reinjure ourselves or put ourselves in a situation where we essentially erase all the hard work we did to get better."

Four-time Sprint Cup champion Jeff Gordon has competed in five races since Earnhardt had to step out of the car, including a 14th-place finish Sunday night in the Southern 500, and he will drive three more this season. Alex Bowman, who has driven in two races in place of Earnhardt, will drive eight more to the end of the year.

Gordon said the team has not let the potential of Earnhardt never returning affect its week-to-week preparation.

"I don't think we're ready to go there with that mindset yet," Gordon said about thoughts of Earnhardt retiring. "I think we're all positive this is the right thing for him.

"The doctors feel confident in that. His attitude is that he wants to be back in the car and wants to get back to 100 percent when he is back in there." 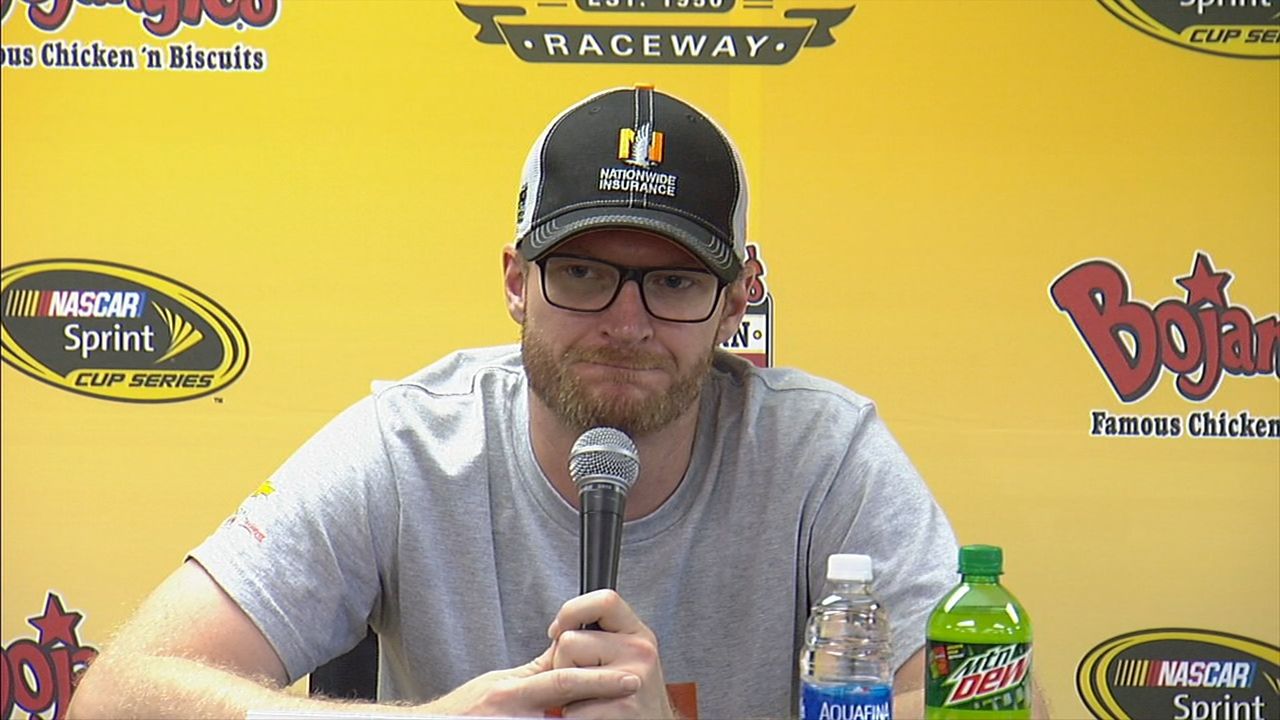