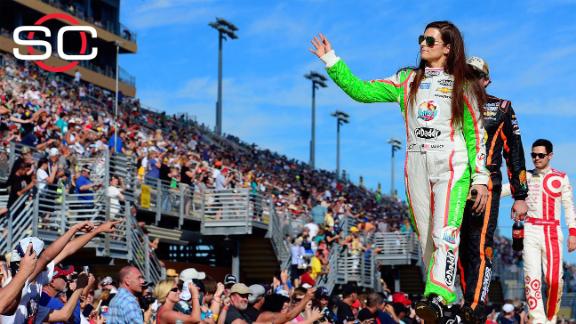 Danica Patrick needs a new sponsor to continue racing in 2016, as GoDaddy announced Wednesday it would drop its sponsorship of her car at Stewart-Haas Racing.

GoDaddy had sponsored Patrick in her transition from IndyCar to NASCAR, which started in 2010 and has seen her compete full time on the Sprint Cup level since 2013.

Both Patrick's and GoDaddy's contracts with SHR expire after this season. GoDaddy and Patrick are negotiating to keep her on a personal services contract, but the website hosting company won't sponsor her race car, or any car in NASCAR, after this season.

"NASCAR has been a tremendous domestic platform to help us achieve an 81 percent aided brand awareness domestically, but at this stage, we need a range of marketing assets that reach a more globally-diverse set of customers," GoDaddy chief marketing officer Phil Bienert said in a news release.

A full-season primary sponsorship can run anywhere from $10 million to $30 million depending on the team and driver. The 33-year-old Patrick, who began working with GoDaddy in 2007, is a major marketing presence with the top finishes for a woman in both the Indianapolis 500 (third in 2009) and the Daytona 500 (eighth in '13).

With only six top-10s in 91 Sprint Cup starts, Patrick has struggled in her transition to stock cars. She was 27th in the standings in her first season and 28th in her second. She has shown improvement this year and sits 16th in the standings after nine races.

"I'm excited to work with GoDaddy on a personal level moving forward but will miss having their bright green color on my race car next year," Patrick said in a statement. "At the same time, this is a new opportunity for a brand to pair with me and Stewart-Haas Racing and achieve the kind of growth we experienced with GoDaddy."

SHR executive vice president Brett Frood, in a statement, touted the success of the GoDaddy-Patrick partnership and said the team is working on finding a sponsor for Patrick, who has said she would like to remain at SHR. GoDaddy sponsored virtually the entire season for Patrick with the exception of a couple of races sponsored by Aspen Dental.

"Our organization has been fortunate to have committed corporate partners, a focused and dedicated employee base, and drivers capable of translating these tools to on-track success," said Frood, whose organization won Sprint Cup championships in 2011 and '14. "It is our intent to continue raising our performance bar with all four Stewart-Haas Racing teams and delivering results to our constituents now and in the future.

"With Danica, we see a driver with unparalleled resolve and tenacity. She is an individual who transcends the sport and we look forward to fostering new partnerships for her and the No. 10 team."