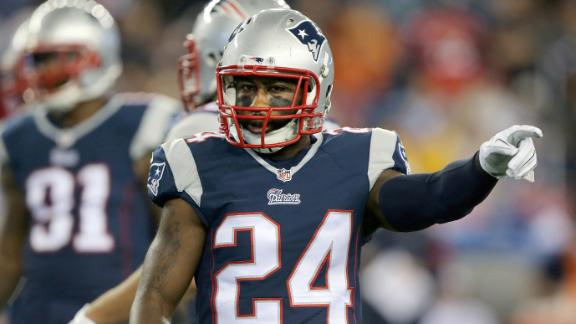 The New England Patriots will not pick up the $20 million option in Darrelle Revis' contract, making the star cornerback a free agent Tuesday, a source told ESPN.

The Patriots are expected to continue speaking with Revis' representatives about a contract, while the New York Jets have planned to make a run at Revis should he hit the open market.

When the Patriots signed Revis on March 17, 2014, the terms of the contract were two years for $32 million, although team president Jonathan Kraft later acknowledged that the 2015 season was a "placeholder."

The "placeholder" was in reference to Revis having a mammoth $25 million salary-cap charge for 2015, which the team was unlikely to absorb, thus leading the sides back to the negotiating table, where Revis would either sign an extension or be released to become an unrestricted free agent.

The arrangement worked for both sides, as the Patriots benefited from Revis returning to top form two seasons after tearing his ACL and playing for the under-market rate of $12 million for the 2014 season.

Meanwhile, Revis re-established himself as arguably the game's top cornerback, raising his profile in going from a Tampa Bay team that ended up with the No. 1 pick in the 2015 draft to the Super Bowl-champion Patriots.

Revis, who will turn 30 on July 14, started every game for the Patriots in 2014 and was a valuable chess piece who often matched up against opponents' top receivers in the team's predominantly man-coverage scheme. He finished with 14 passes defended in the regular season and had two interceptions, although the statistics don't fully reflect his value because the football wasn't often coming his way.

Source: Patriots Decline Revis' $20M Option
Mark Schlereth, Antonio Pierce and Ryan Clark react to the news that the Patriots will not pick up the $20 million option on CB Darrelle Revis' contract, according to a source, making him a free agent.

Favorite To Sign Revis
John Clayton explains why the Patriots had to decline Darrelle Revis' $20 million option, according to a source, and discusses which teams could be willing to pay north of $16 million for the talented cornerback.

Source: Revis To Become Free Agent
Adam Schefter discusses the Patriots' decision to not pick up CB Darrelle Revis' $20 million option, according to a source, and New England's chances of agreeing with Revis on a new contract.