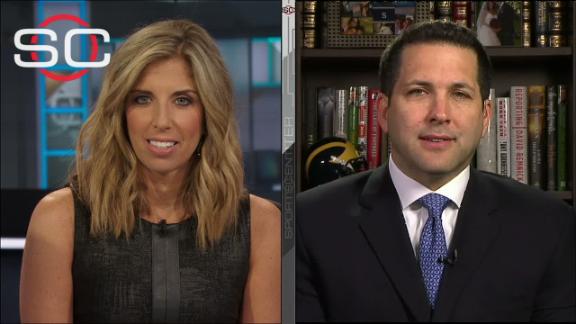 The Denver Broncos, faced with the possibility of releasing DeMarcus Ware, have restructured his contract and are keeping the veteran at a lower price as a third-down pass-rusher, a source told ESPN's Jeff Legwold on Saturday.

The 33-year-old Ware, an 11-year veteran, was scheduled to earn a $3 million bonus Sunday and count $11.6 million against the salary cap in 2016. He had 7.5 sacks in his second season with the Broncos and added 3.5 more in the postseason as they went on to win Super Bowl 50.

Ware missed five games last season, twice dealing with a back injury, but still made the Pro Bowl for the ninth time in his career.

He had 10 sacks in 2014 after joining the Broncos on a three-year, $30 million deal following nine seasons with the Dallas Cowboys. He has 134.5 sacks and 35 forced fumbles during his career.

The Broncos used the franchise tag on defensive lineman Von Miller, committing $13.4 million against the cap next season unless they can work out a longer-term deal.