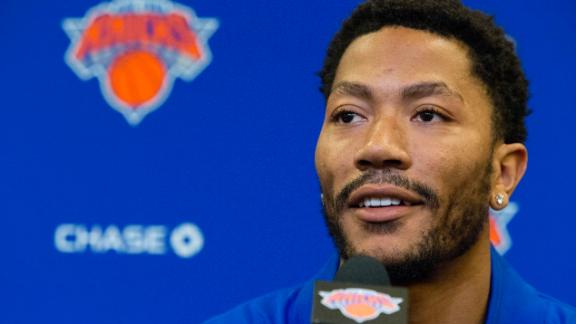 NEW YORK -- Derrick Rose isn't sure why he was traded, but he said he is grateful that the Chicago Bulls sent him to the New York Knicks.

"I would like to tell them, 'Thank you,'" Rose said of the Bulls at Friday's news conference introducing him as the newest member of the Knicks.

Rose, a Chicago native, elaborated on why he'd thank the Bulls for trading him to New York.

"Getting me another start," said Rose, who played seven seasons in Chicago, missing the 2012-13 season due to injury. "I'm grateful to be where I'm at. I could have been anywhere. Not saying all the other teams are bad places, but to be in this market, to be in the city [with] the legacy, the history of basketball. ... I'm grateful. I'm grateful to be here. I feel like they're going to appreciate me a little bit more."

The Knicks sent center Robin Lopez and guards Jerian Grant and Jose Calderon to Chicago on Wednesday in exchange for guardJustin Holiday, Rose and a 2017 second-round pick.

Rose is entering the final year of his contract, which is worth $21.3 million. He said he's hopeful he can re-sign with the Knicks after the 2016-17 season.

"I hope so. With all of the attention and all of the congratulations I got, I hope I'll be able to play the rest of my career here," Rose said. "But like I said, this is a business. I'll guess we'll have to see how this one year goes. But I'm putting my all into this. I'm working my butt off as far as my work ethic, and we'll have to see."

Rose alienated some around the league when he said before the 2015-16 season that he was preparing for free agency in 2017. On Friday, he downplayed the idea that he'd be motivated by free agency in the coming season.

In a first-person essay written on The Cycle, Rose said he had no ill will toward the Bulls for the trade but would use it as motivation. He wrote that the trade was "a blessing."

"I understand that this is a business and the Bulls have their plans, their own ideas with what direction they want to go with the team, but I'm gonna use this as motivation," Rose wrote. "I was with them for eight years and they let me go. There's no hard feelings, no grudges. They're trying to do what's best for the team. I totally understand that. But I don't think I would be wrong for using this as motivation."

Rose, who has played in just 39 percent of possible games since the start of the 2012-13 season, said at his news conference that he's feeling healthy entering the offseason. He said he hopes to continue to regain his rhythm, something he said started to return during the 2015-16 season.

"I felt like my body held up," he said. "This summer is all about conditioning and catching that rhythm. ... As far as putting expectations or trying to see how many games I'll play, there's no point in doing that. I don't want to jinx myself."

Rose said he feels he's "close" to playing at the same level that he did during his MVP season of 2010-11, but he preferred to stay away from any bold proclamations.

"Me sitting up here and saying that, that's not going to do anything," he said. "Next year, I'm going to let my game speak for itself."

Rose added that he might get involved in recruiting free agents to New York, something he shied away from while in Chicago.

One player he'd like to play with is longtime Bulls teammate Joakim Noah, who will be a free agent this summer.

The Knicks will have approximately $30 million to spend in free agency this summer. They hope to find a center in the offseason to fill the void left by Lopez, and Noah will certainly be an option.

Sources say the Knicks will be one of the teams Noah considers in free agency.

Rose also addressed on Friday the difficulty associated with being traded from his hometown. Rose led the Bulls to the top of the Eastern Conference in 2010-11, when he won the league's MVP award.

At the time, the former No. 1 pick seemed destined to be the face of the franchise for years to come. But Rose suffered an ACL tear in the playoffs the following season and has had trouble staying healthy over long stretches since that injury.

"It was just an emotional time for me. Chicago was more than just a home. It groomed me into the man that I am today. All my family and friends are back there. It's one of the reasons why I changed my number to 25," Rose, who wore No. 1 with the Bulls, said of his new number. "I'm playing in New York, but I'm bringing something from Chicago with me out here."

Rose added that he's incredibly motivated to return to the playoffs and share the court with Carmelo Anthony and Kristaps Porzingis, whom he praised as a skilled, unselfish young talent.

"That's somebody I would die to play with, and now I got two of those guys and whoever the front office puts around us," Rose said. "I know they're going to do the right thing. So it's exciting here. It should be exciting here next year." 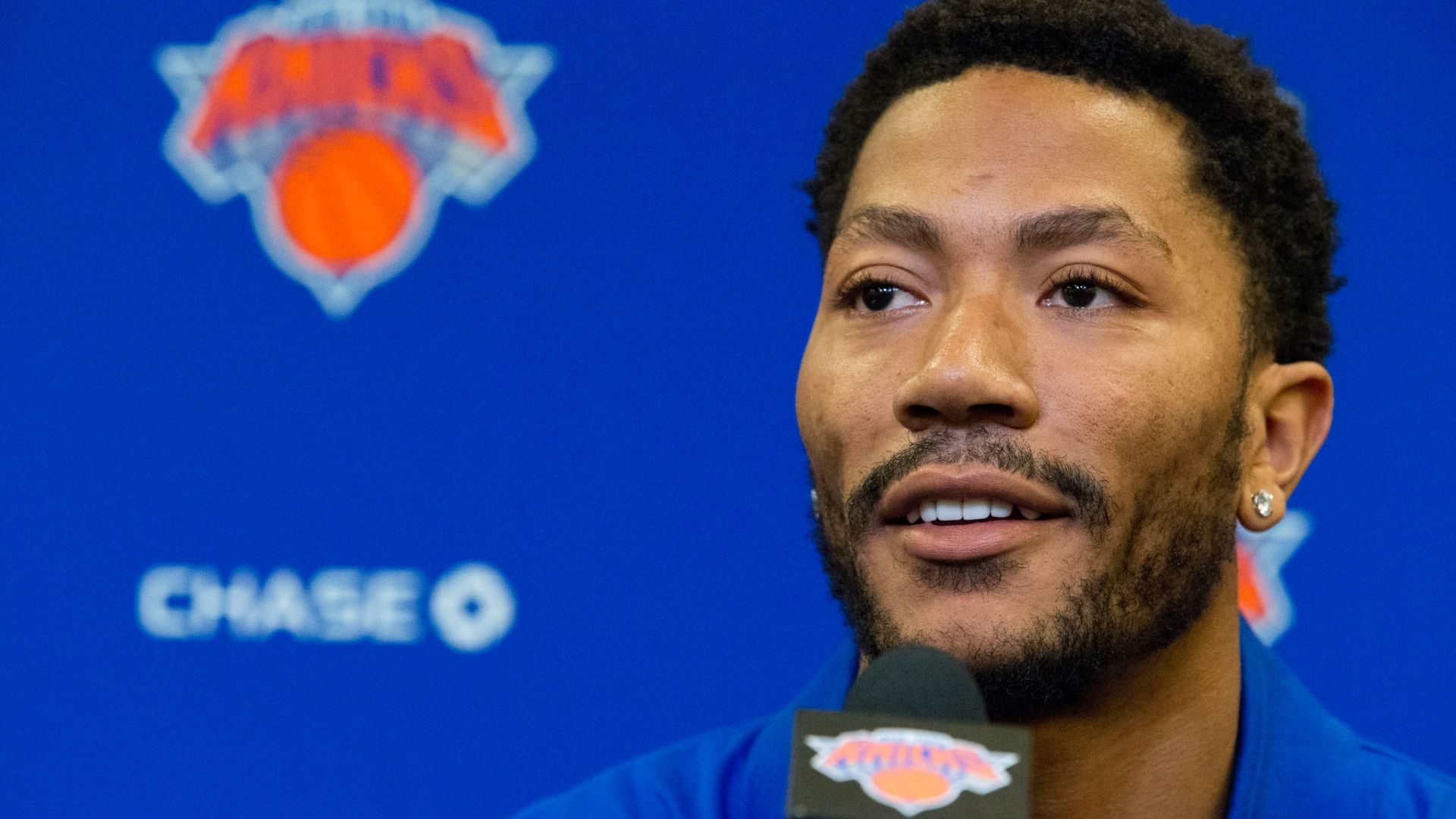