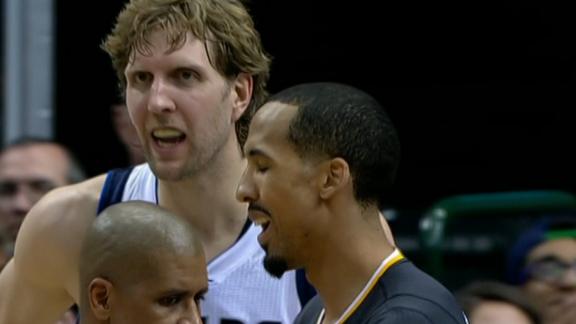 DALLAS -- WhileMavericksstar Dirk Nowitzki said he'd give Golden State Warriors guard Shaun Livingston "the benefit of the doubt" that a low blow in Saturday's game was unintentional, not everyone on his team saw it that way.


The 7-foot Nowitzki was posting up the 6-foot-7 Livingston late in the third quarter when Livingston reached between Nowitzki's legs and struck him in the groin. After a replay review, Livingston was assessed a flagrant foul 1.


After shouting in agony and bending over, Nowitzki reacted by turning around and briefly confronting Livingston, who insisted he did not mean to hit Nowitzki in that sensitive area.

"Well, I give him the benefit of the doubt because he's really not that type of player," Nowitzki said after the Mavs' 123-110 loss to the Warriors. "He hasn't been his entire career. I'm not really sure what he was trying to do there, if he was trying to get to the ball through my legs or anything. But like I said, he's not a dirty player. He's actually a really, really good dude, so I'll give him the benefit of the doubt.


Cuban stopped Warriors coach Steve Kerr after the game for what the Mavs owner described as a "nice, pleasant conversation" about the incident. Livingston interrupted to attempt to explain to Cuban that the contact was accidental.


"He said, 'I'm not a dirty player.' I said, 'No one plays post defense and does that in normal post defense,'" said Cuban, who also had an extended discussion with Golden State assistant coach Alvin Gentry on the court after the game. "That's not normal post defense. It was obvious.


"The fact that they didn't throw him out, the league will look at it. I'm not asking for a suspension. I just thought ... Kerr said he didn't see it. I said, 'Fine. I just think it's wrong.' And Shaun came up and said, 'I didn't do it on purpose.' And you know what? No one plays post defense like that. No one goes like this in post defense. And it's a Hall of Fame player. I would hope that if our guys got mad and did it, they would say something. You don't do that."


Livingston described Cuban as "understandably heated and upset," given what Nowitzki means to the Mavs and the city of Dallas.


"He was, I think, in the moment, and sticking up for his guys," Livingston said.


Carlisle exchanged words with Livingston on the sideline by the Dallas bench later in the game. Asked about that conversation, Carlisle said, "It's not for public consumption."


Carlisle said he didn't see the play, but he was perturbed that Nowitzki was subjected to such a shot.


"You don't want to see stuff like that, especially on guys like Dirk," Carlisle said. "It's not appropriate. It's just not right."


Livingston, who was booed by the American Airlines Center crowd every time he touched the ball the rest of the game, explained to reporters that he was attempting to get low and set an arm bar against Nowitzki to avoid being backed down.


"He kind of sat back to create space with his lower area, and it was just bad timing," Livingston said. "Eleven years in the league, I haven't had a dirty play. I haven't made a name in this league by playing that way. It looked worse than it actually was.


"It's Dirk Nowitzki. It's a Hall of Fame player. You don't do that to somebody like that."


Kerr said he did not see the play, which was replayed a few times on the scoreboard's big screens, but believed Livingston's explanation.


"Obviously, when you guard Dirk, you want to get low," Kerr said. "I didn't see what happened, but Mark was pretty upset. Shaun was very apologetic but told him that he wasn't trying to do it. And I've known Shaun now for a year and I've watched him, Shaun is anything but a dirty player, so I believe Shaun when he says he wasn't attempting to make a dirty play out there."


Like Nowitzki, other Dallas players accepted that Livingston didn't intentionally target Nowitzki's groin but were puzzled by his technique on the play.


"That's never called for and not very manly," Mavs center Tyson Chandler said. "I know him a little bit. And I don't think of him to do something like that, to be quite honest. I don't know how a hand gets right there, but it is what it is." 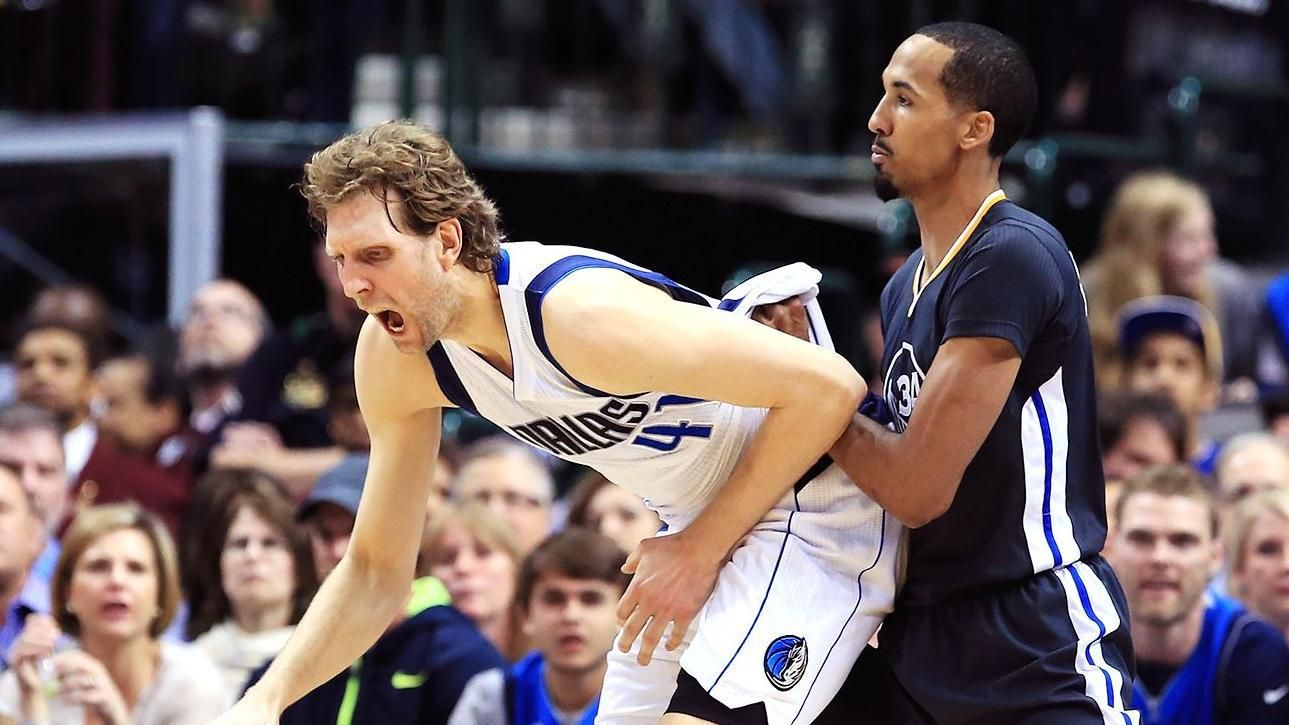