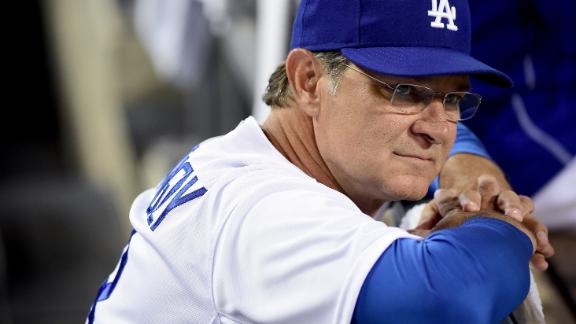 LOS ANGELES -- Don Mattingly said he didn't decide to walk away from being the Los Angeles Dodgers' manager until he returned to his native Indiana on Tuesday, four days after he began discussing his future with the team's front office.

After he and the team announced Thursday that he was leaving in what they said was a mutually agreed-upon arrangement, Mattingly, who joined the Dodgers as hitting coach eight seasons ago and was in his fifth managerial season after succeeding mentor Joe Torre, said he'll go with mixed feelings.

"I can't sit here and say I'm just bubbling over," Mattingly said. "There are a lot of emotions that go into this, a lot of discussion, a lot of talk, but it gets back around to the same thing as we kept talking and going over it. We all came to the same conclusion. This is best for both parties."

The Dodgers were careful not to portray Thursday's move as a firing, and Mattingly declined to call it a resignation.

"When we started on Friday, we expected him to be our manager in 2016,'' president of baseball operations Andrew Friedman said.

Mattingly met with Friedman, general manager Farhan Zaidi and senior vice president of baseball operations Josh Byrnes for several days after the Dodgers' season ended last week. According to a source, the discussions went something like this: Mattingly expressed frustration with negative feelings the Dodgers' fan base had for him and with what seemed to be unrealistic expectations, given the team's record payroll. He said he would return if that's what the team wanted, but Friedman and Zaidi were hesitant to welcome him back if he had mixed feelings about the job.

Mattingly had one year remaining on his contract. The sides discussed a possible contract extension, but the Dodgers never officially offered Mattingly one, according to Friedman.

By Wednesday, both sides had agreed it was time for Mattingly to move on.

"It was a conversation," Zaidi said during a news conference Thursday. "It was an organic dialogue that just led to this point -- Donnie feeling like maybe he needed a change, us feeling like taking the organization forward, if that was his state of mind, maybe it was a good time for us to make a change.

"There's always going to be a desire to label this: Was he let go? Did he resign? Understanding that, and, frankly, I've had my own level of cynicism when you hear of people mutually parting ways. But we can sit up here with all sincerity and say that's how it came about."

Mattingly was said by people around the team to seem "worn out" in the final days of the regular season and during the National League Division Series against the New York Mets. He admitted on a conference call Thursday that he was exhausted but said it was no different than how he felt at the end of other seasons.

"You feel like you just hit the ground," Mattingly said. "It takes a little bit to get going."

Mattingly said he would like to manage again but wasn't sure whether the opportunity would arise in 2016. Asked whether he could envision sitting out a year before entering the fray again, he replied, "Sure."

Mattingly's mixed feelings about fans' expectations came across in comments he made to ESPN.com columnist Ian O'Connor when the team was in New York before Game 4.

"It wears on me a little bit," he told O'Connor. "After a while, you get tired of it, honestly. But you always get back to what you're trying to accomplish, and you talk to pure baseball people who understand how hard this is. The postseason is such a crapshoot. It really is."

After the week of discussions with the Dodgers, sources indicated to ESPN's Ramona Shelburne that Mattingly simply felt he'd be more comfortable working for a front office and ownership group that had hired him, instead of constantly trying to adapt to someone else's vision. Mattingly had worked under two ownership groups and two general managers.

Sources told Shelburne that several teams -- including the Miami Marlins -- would be interested in Mattingly. There also are managerial openings with theSan Diego Padres, Seattle Mariners and Washington Nationals.

Two years ago, Mattingly had a very public tiff with the Dodgers after then-GM Ned Colletti declined to announce at a season-ending news conference that an option year on Mattingly's contract had vested -- thereby casting him as a lame-duck manager following the team's National League Championship Series loss to the St. Louis Cardinals.

Mattingly said he expects to be lifelong friends with Friedman, Zaidi and Byrnes and said he has no issues with working with an analytically inclined front office.

"I think it's great. I thought our information was really, really good," Mattingly said. "Do I agree with 1,000 percent of everything that comes through? Probably not, but there's nothing wrong with information and how they analyze players and situations. I think analytics is nothing but great information for me."

The 54-year-old was hired by the Dodgers to replace Torre in 2011. The Dodgers won 55 percent of their regular-season games in his five seasons (446-363), and he led the team to three straight NL West titles, a first in franchise history. But pressure has mounted on the entire organization as the Dodgers failed to advance out of the first round the past two seasons despite having the highest payroll in baseball -- a record $289.6 million as of the end of this regular season.

After last year's meltdown against the Cardinals, Dodgers ownership revamped the front office by building a veritable think tank of the top analytic minds in baseball. Friedman was hired away from the Tampa Bay Rays to be the Dodgers' new president of baseball operations. Zaidi left the Oakland Athletics to become the Dodgers' new general manager.

The new front office quickly proceeded to overhaul the roster, trading away fan favorites Matt Kemp and Dee Gordon to create a more versatile, younger and deeper 40-man roster in a dizzying series of moves at last year's winter meetings. It continued to make moves during the season to bolster the bullpen and back end of the rotation after Clayton Kershaw and Zack Greinke, but both remained areas of uncertainty throughout the year.

While Mattingly enjoyed a strong professional relationship with the new front office, sources indicate there was never a strong philosophical synergy between them.

Friedman said he is in the process of compiling a list of managerial candidates and hopes to have the search wrapped up by the winter meetings in early December.

One name to keep an eye on as Mattingly's replacement, according to a source, is Mets bench coach Bob Geren, who was the A's manager when Zaidi worked there under general manager Billy Beane.

The Dodgers have a few potential in-house candidates to replace Mattingly, starting with Gabe Kapler, the team's farm director who has a longstanding relationship with Friedman. Coaches Tim Wallach and Ron Roenicke also are possibilities, as are Chicago Cubs bench coach Dave Martinez, who worked with Friedman in Tampa Bay; and former Padres manager Bud Black, who has close ties to Byrnes. Houston Astros manager A.J. Hinch is a favorite of Byrnes as well, but Hinch remains under contract, so that could prove a difficult acquisition.

Friedman said he informed members of the coaching staff they are free to pursue other job leads, as the next staff won't be assembled until after a new manager is hired. All of the Dodgers' coaches are under expiring contracts.

Mattingly was very popular with the team's players.

"I'm in Donnie's corner, too," Kershaw told Time Warner Cable SportsNet Los Angeles. "I love Donnie, known him for long time, played for him and Joe [Torre], the only two managers I've played for. Obviously I have a ton of respect for him. It would be good to have him back as well."

Added first baseman Adrian Gonzalez last week: "He's our guy, and I believe in him."

"Donnie is the most consistent, optimistic person I've ever been around on or off the field," catcher A.J. Ellis said. "It was an honor playing for him and to embrace each other as we did these past three years after clinching a division title are cherished memories. I have no doubt he will be a world champion manager some day and am grateful for the opportunity I had to play for him."

Mattingly, Dodgers split the right move
Now that Don Mattingly and the Dodgers have parted ways, the Baseball Tonight crew looks at what the future holds for both the team and the manager.

Dodgers, Mattingly part ways
Alex Cora reacts to the news that the Dodgers and manager Don Mattingly have mutually agreed to part ways. 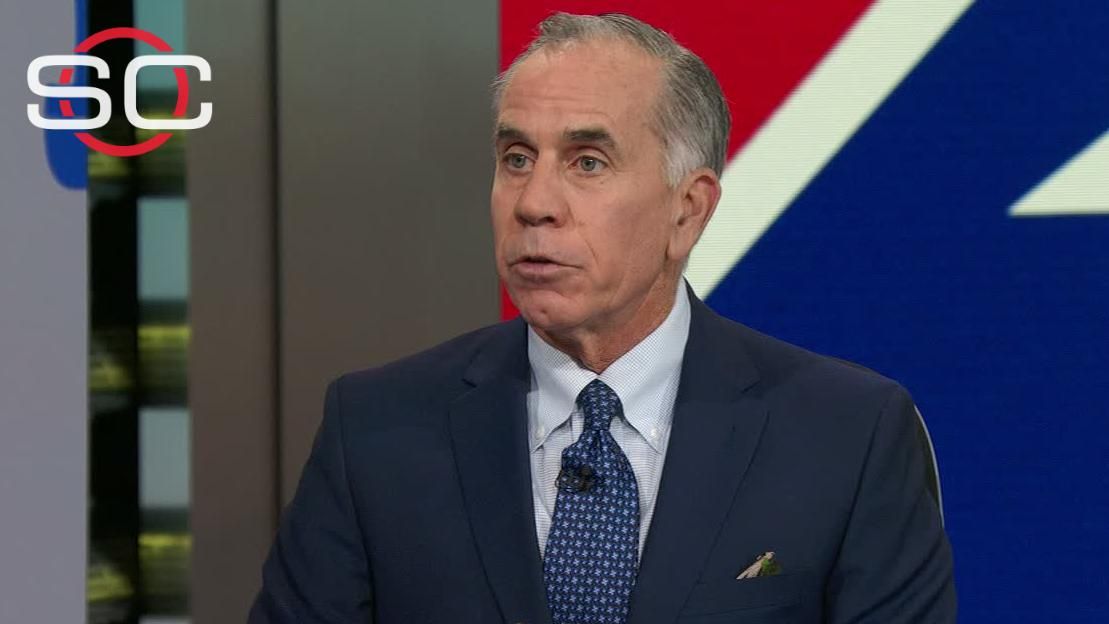