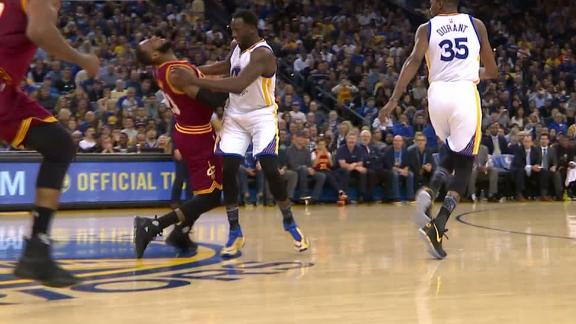 "Was it a dirty play? I don't know," Lue said after Cavs practice Wednesday. "Was it a statement? I think so. He didn't want to let LeBron get in the open court and get a dunk or layup, and he took a hard foul. He wanted to try to send a message to our team."

The foul came midway through the second quarter, with Golden State already ahead 52-36.

"Of course, it's easier to do when you're up 25," Lue said, exaggerating the Warriors' lead at the time of Green's flagrant foul 1.

Lue then took a mild shot at Green and the Warriors, noting how their behavior on Monday was far different than it was in their 109-108 Christmas Day loss to the Cavs, which was their fourth straight loss to Cleveland at the time.

"When you're down and you're complaining about every call when you're down -- when we played earlier this season -- it's different," Lue said, before adding that the Cavs have also been known to show some front-running antics. "Both teams are the same. When we get off to fast starts and we're running, having fun, high-fiving, and they did the same thing the other night, so both teams are the same. When we're playing well, it's hard to put us out. When they're playing well, it's hard to put them out also. It's easier to do when you're up 25 than when you're down."

The loss ended Cleveland's longest road trip of the season at 3-3. They will play Phoenix at home on Thursday.

"When we left [for the six-game trip] our mindset was to go 4-2," Lue said. "You know, we went 3-3. And, you know, the last game wasn't our best game, but it is what it is. We were one game down from where we wanted to be going into this trip, so not a big deal. We can make that up."

Lue calls Draymond's foul a 'statement play'
Tyronn Lue says Draymond Green's foul was an attempt to send a message to the Cavaliers and it is easier to do with the Warriors up by 25 points.

Green gets flagrant foul 1 and mocks LeBron in win
Draymond Green receives a flagrant foul 1 after connecting shoulder to shoulder with LeBron James and dropping him to the ground. As Green approaches the bench, he is seen mocking the way James fell. 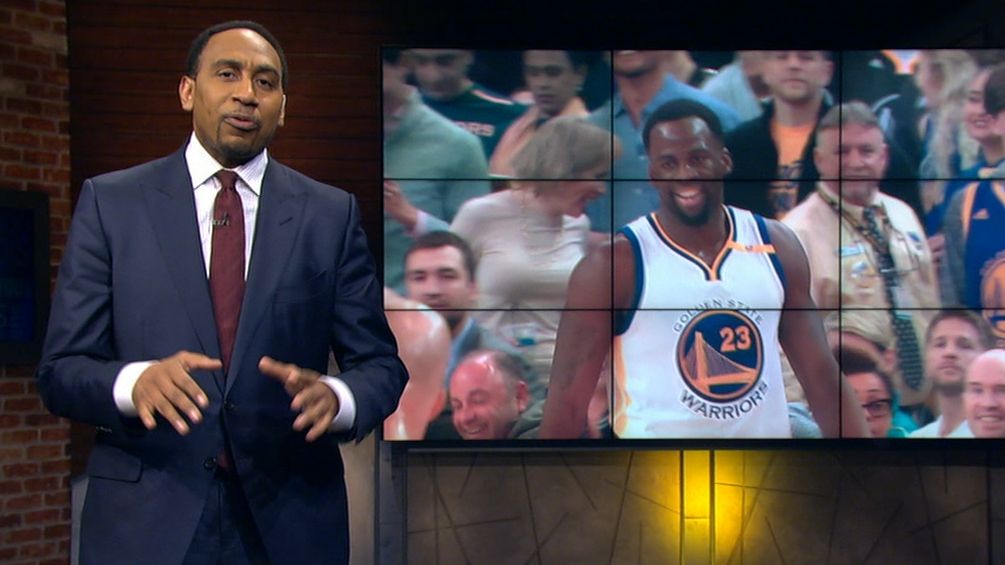 Draymond should know he's being closely watched
Stephen A. Smith believes it's time for Draymond Green to "wake up" and realize there's not much he can get away with on the basketball court considering his history with technical fouls.
Related topics:
sportsespngolden state warriorsdraymond greencleveland cavaliersnbalebron james
Copyright © 2021 ESPN Internet Ventures. All rights reserved.
More Videos
From CNN Newsource affiliates
TOP STORIES