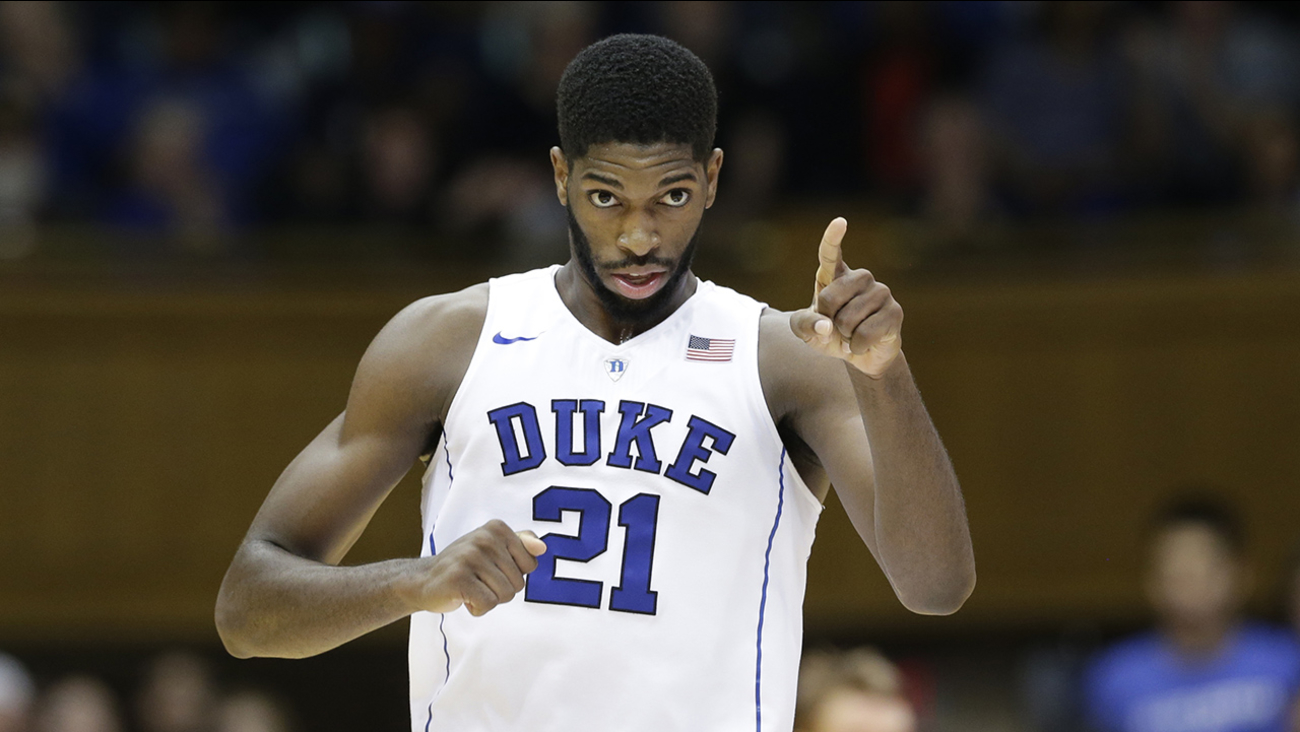 Duke's Amile Jefferson (21) reacts following a basket against Yale during the second half of an NCAA college basketball game in Durham, N.C., Wednesday, Nov. 25, 2015. (Gerry Broome)

DURHAM -- Duke says forward Amile Jefferson will be out indefinitely with an unspecified right foot injury.

Coach Mike Krzyzewski announced the injury Monday in a brief statement issued by the school.

Krzyzewski called the injury "unfortunate, to say the least," but praised Jefferson as being "strong in both person and character."

Jefferson - the leading returning scorer from last year's national championship team - has started all nine games this year while averaging 11 points and 10 rebounds for the seventh-ranked Blue Devils (8-1).

They return from a 10-day break for exams to play host to Georgia Southern on Tuesday night.