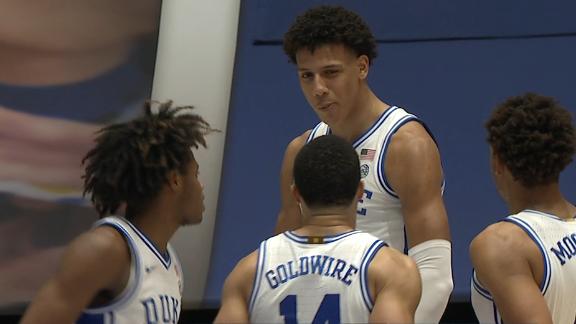 
BOTTOM LINE: Duke looks for its 10th straight win in the head-to-head series over Georgia Tech. In its last nine wins against the Yellow Jackets, Duke has won by an average of 17 points. Georgia Tech's last win in the series came on Jan. 9, 2010, a 71-67 victory.

ARE YOU EXPERIENCED: Georgia Tech has leaned on senior leadership while Duke has been fueled heavily by freshmen this year. For the Yellow Jackets, seniors Moses Wright, Jose Alvarado, Jordan Usher and Bubba Parham have combined to account for 69 percent of the team's scoring. In the other locker room, freshmen Matthew Hurt, DJ Steward, Jeremy Roach and Jalen Johnson have combined to account for 69 percent of Duke's scoring this season, including 71 percent of the team's points over its last five games.

CLAMPING DOWN: The Yellow Jackets have given up only 64.8 points per game to ACC opponents thus far, an improvement from the 77.5 per game they gave up over six non-conference games.

CREATING OFFENSE: Alvarado has either made or assisted on 46 percent of all Georgia Tech field goals over the last five games. Alvarado has accounted for 38 field goals and 27 assists in those games.

BEHIND THE ARC: Georgia Tech's Alvarado has attempted 54 3-pointers and connected on 42.6 percent of them, and is 12 for 22 over the last five games.


DID YOU KNOW: Georgia Tech has committed a turnover on just 16.1 percent of its possessions this season, which is the second-lowest rate among all ACC teams. The Yellow Jackets have turned the ball over only 11.5 times per game this season.

This was generated by Automated Insights, https://www.automatedinsights.com/ap, using data from STATS LLC, https://www.stats.com