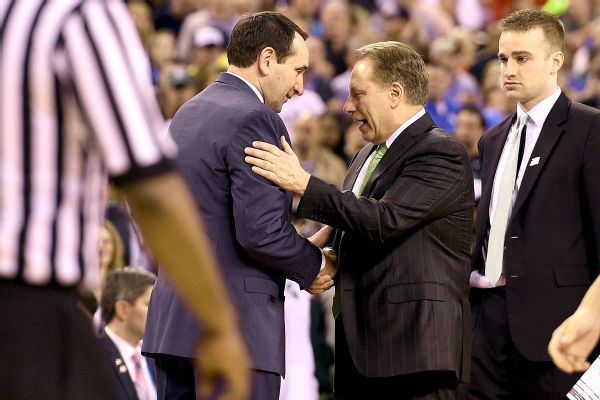 "The water tastes better in North Carolina," the sign read during host Duke's 78-69 victory in the ACC/Big Ten Challenge on Tuesday night.

"The sign was disgusting and a slam to those who are suffering in our state," Michigan State said in a statement sent to ESPN. "We understand the actions of an individual student do not reflect the beliefs of Duke University or its Athletic Department."

Multiple state officials in Michigan are facing charges after an investigation discovered elevated levels of lead and corrosion in the water supply of the predominately black city of Flint.

"Everyone in our program thinks the sign was reprehensible and disgusting," Walton told ESPN. "That's 100 percent not in line with the values of our program. Michigan State officials said the sign referenced a difficult situation for people throughout their state.