Dwight Howard: Talk of bench reaction 'big deal out of nothing' 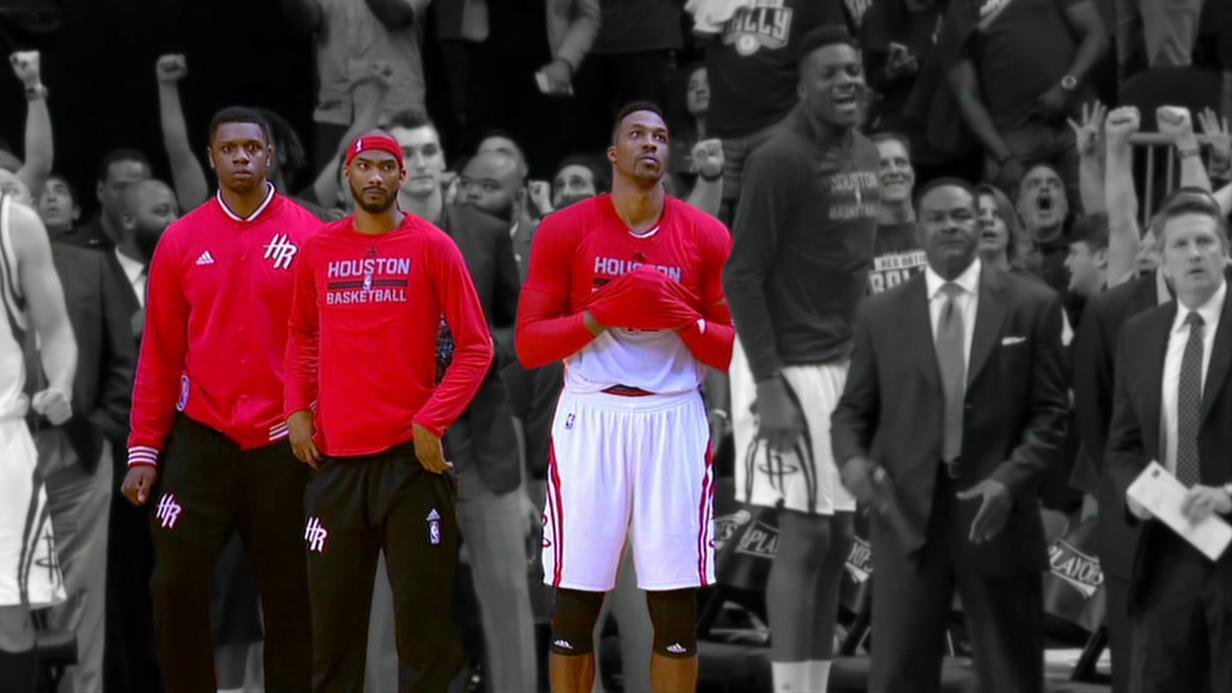 HOUSTON -- Rockets center Dwight Howard has a message for anybody who didn't think his team celebrated enough after James Harden's winning shot against the Golden State Warriors in Thursday night's Game 3: Shut up.

"I think everybody made a big deal out of nothing, and we were very happy we won the game," Howard said after Friday's film session. "But I think more so we were kind of upset we put ourselves in that situation. It took a last-second shot to win the game when we clearly had the game beat from the beginning of the game.

"So for all those people saying we weren't happy and excited because James hit the shot, shut up."

Howard said the Rockets were disappointed in themselves for blowing a 17-point lead, which they lost late in the fourth quarter on a pair of buckets by Ian Clark.

After Clark's layup with 10.6 seconds left gave Golden State a 96-95 lead, the Rockets, with no timeouts left, gave the ball to Harden, who calmly moved down the court and nailed a 10-foot, step-back jumper as Andre Iguodala arrived late to close out. That shot put the Rockets up by one again with 2.7 seconds left.

The reactions from the bench were mixed. Donatas Motiejunas ran onto the floor after the shot but was slowed down by Harden. Josh Smith punched Harden in the chest, and Clint Capela jumped up and down.

Harden celebrated at midcourt by yelling as the crowd went crazy, but because the Warriors called a 20-second timeout after the shot, reality hit for the team that the game was not over.

Asked why the bench was so calm after Harden's shot, Howard said the players were thinking, "Don't let them get a shot off. They're known to hit crazy shots."

"[Thursday night], things about us, about the bench not being happy about James hitting the shot, all of us were happy," he said. "At the same time, we're focused, and we can't allow this team to get the ball again and shoot. Sometimes they play like 'Angels in the Outfield,' and they might catch it at half court and hit a crazy shot. You can't just celebrate in a situation like that.

"I don't think nobody was upset or mad James hit the shot. All of us were focused. That could have been the season right there."

On Friday, the league said Harden's shot shouldn't have even counted. According to the NBA, Harden initiated contact with Iguodolabefore hitting the shot with 2.7 seconds to play. 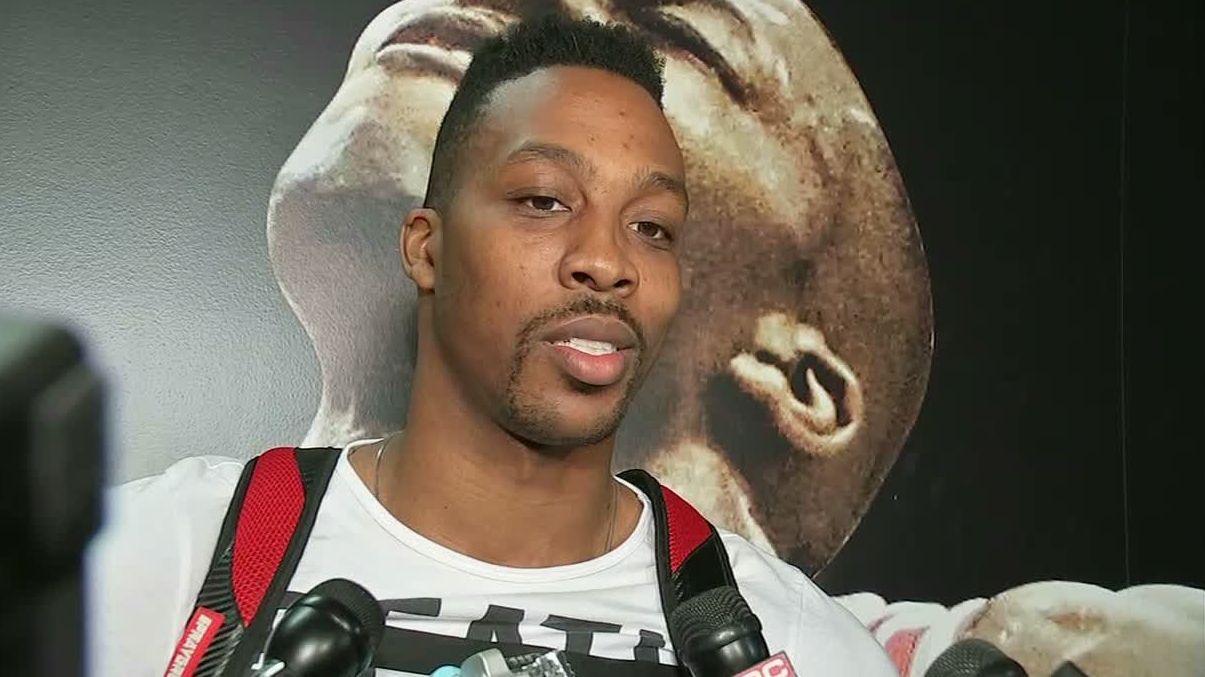 Howard has a message for critics: 'Shut up'
Dwight Howard addresses the criticism regarding the Rockets' bench reaction after James Harden hit the game-winning shot against the Warriors in Game 3. The NBA has recently admitted the shot should not have counted. 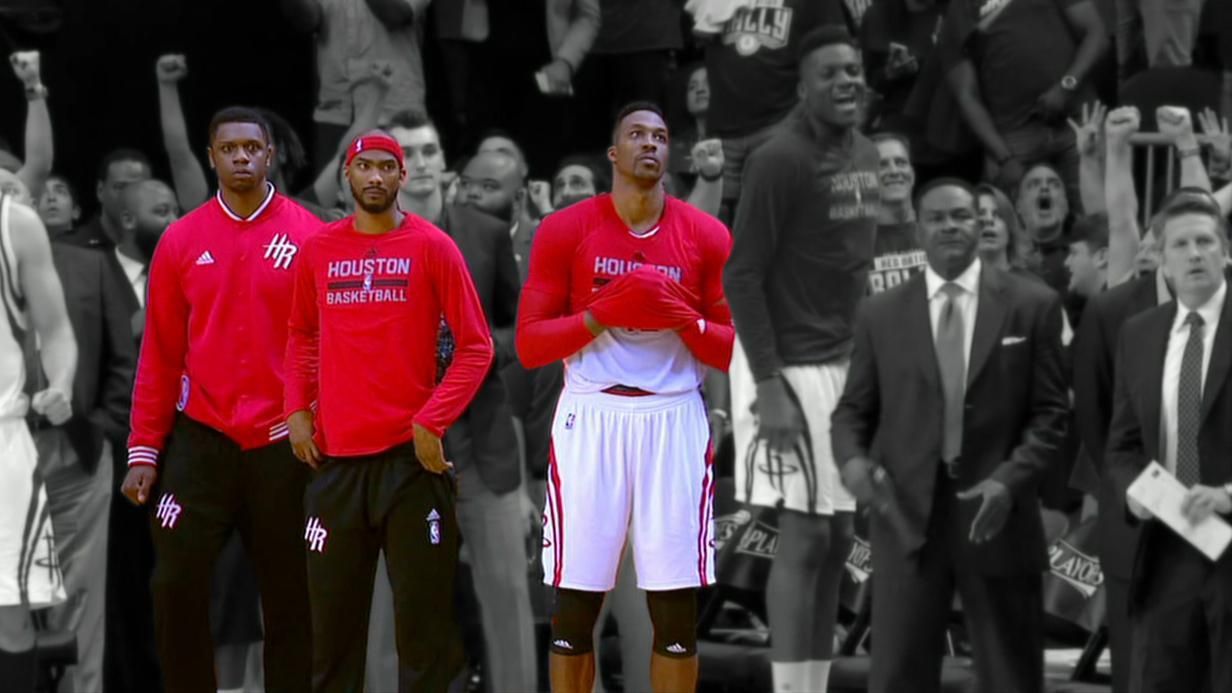