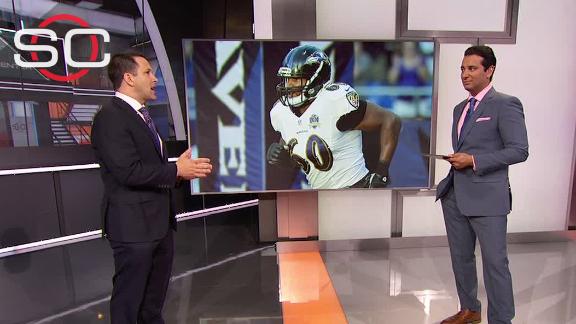 Eugene Monroesaid in a statement Thursday that his release by the Baltimore Ravens won't deter him from his campaign to get medical marijuana removed from the NFL'sbanned substances list.

"Despite the current uncertainties, one thing is for sure: whatever happens in terms of my professional football career, I will never stop pushing for the League to accept medical cannabis as a viable option for pain management," he said.

"I will do everything I can to ensure the generations of NFL players after me won't have to resort to harmful and addictive opioids as their only option for pain management."

On Wednesday, Monroe told The New York Times that he wondered if his vigorous campaign to get the NFL to take medical marijuana off its banned substances list contributed to his ouster from the Ravens.

"I can't say for sure whether or not my stance on medical cannabis was the reason the Ravens released me," the offensive tackle told the Times."However, as I've said in the past, they have distanced themselves from me and made it clear that they do not support my advocacy."

In a story posted on the Ravens' website about Monroe's release, a quote from coach John Harbaugh clearly indicated that the organization didn't support Monroe's cause.

"I promise you, he does not speak for the organization," Harbaugh said earlier this offseason, according to the team's website.

Monroe tweeted Friday that the Ravens had been distancing themselves from his cause.

Harbaugh insisted Thursdaythat Monroe's release was a football decision and had nothing to do with his strong stance on medical marijuana.

Harbaugh made a point to say this organization has always allowed its players to be outspoken, and he brought up how two of his players, Matt Birk and Brendon Ayanbadejo, openly clashed on the issue of gay marriage in 2012.

"This organization has always been very forward thinking, very open and very in front of all kind of issues," Harbaugh said. "We've got a really good track record for all of that, and I'm proud of that. We always allow people to be who they are, believe what they believe and stand up for what they believe in. And that doesn't have anything to do with any football decisions."

Monroe was released Wednesday. Injuries and the presence of Ronnie Stanley, the No. 6 overall pick in this year's draft, also factored into Monroe's exit from the Ravens. Monroe hasn't practiced this offseason after undergoing shoulder surgery last season, and Stanley has been working in Monroe's left tackle spot.

Monroe said in his statement Thursday that he is "cleared to play and excited to get back on the field and compete."

Monroe started only 17 games in two seasons since receiving $17.5 million in guaranteed money as part of the five-year, $37.5 million deal he signed with the team in 2014. He has missed time because of four injuries since the start of the 2014 season: knee (four games), ankle (three), concussion (three) and shoulder (two).

Earlier this month, Monroe said he wasn't worried about how his stance on medical marijuana would affect his future in football.He is the only active player to publicly support taking marijuana off the NFL's banned substances list.

Monroe recently donated $80,000 to researchers at Johns Hopkins and the University of Pennsylvania for studies to examine the impact of cannabinoid therapies on current and former NFL players. He also wrote a first-person essay in The Players' Tribune about the need for the NFL to reduce players' use of opioids.

The Ravens decided to release Monroe after failed trade talks with the New York Giants, sources told ESPN's Adam Schefter.The Giants have been in contact with Monroe's agent since the player's release Wednesday and remain interested in signing the veteran tackle, a source said.

Giants coach Ben McAdoo was asked Thursday about Monroe's advocacy for medical marijuana and said "everyone is entitled to his own opinion."

"I haven't done any research, so I don't have a great answer for you there. That's probably more of a political question, something I'm not necessarily willing to jump into at this point, or ever. But every player, every coach, every person with two feet running around has their own opinion, and they're entitled to it," McAdoo said.

"We look at all possibilities. You never say never in this business. If there are guys out there that can help us, we'll look into adding them to the mix."

Giants running back Rashad Jennings, who played with Monroe when both were members of the Jacksonville Jaguars, called the offensive tackle "a heck of a player."

"We're humans. Everyone has opinions. Every single person here might have an opinion on something I'm saying, and it could be held against me. But that's why you speak what's true and what's authentic to you," Jennings said.

"If he feels he needed to say that at this time in his life, good for him, man. It should not affect his game, how he carries himself. He's a great dude, stays out of trouble, clean guy, works really hard. I would hope no GM or club would hold that against him, speaking his opinion."

Monroe's plan is to take a couple of days to assess interest in him from around the league and potentially schedule a visit or two early next week. Monroe would prefer to play left tackle but would be willing to play right tackle if that's what he's offered. The Giants would likely use him at right tackle because of the presence of 2015 first-round pick Ereck Flowers at left, but that would have to be sorted out in camp.

ESPN's Jamison Hensley and Dan Graziano contributed to this report. 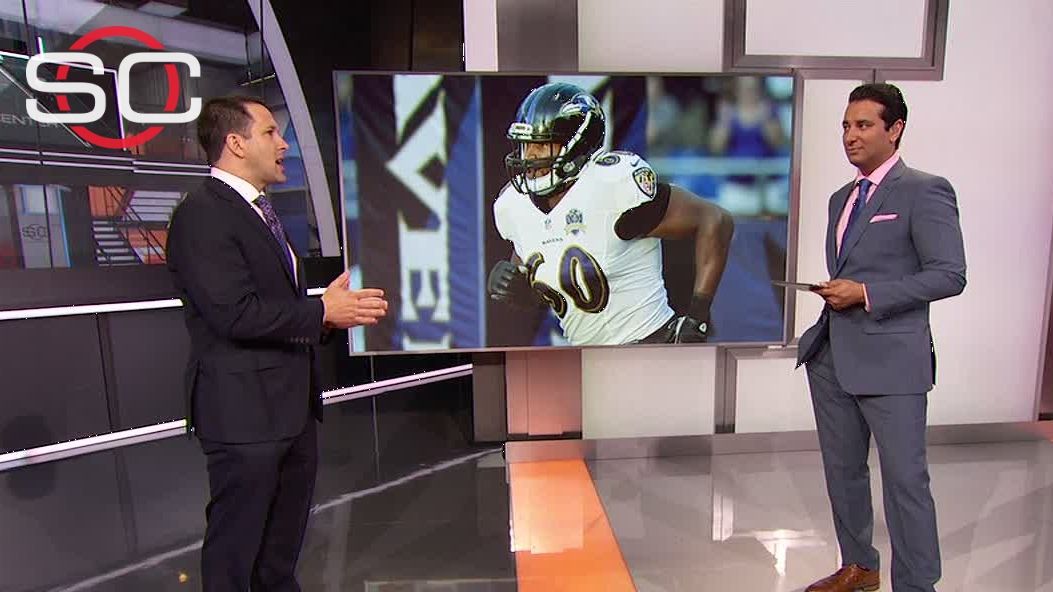