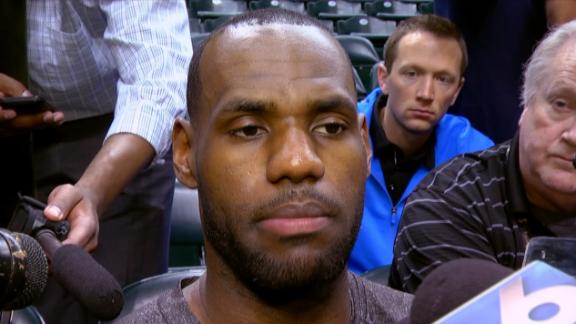 INDIANAPOLIS -- The Indiana Pacers will have backup wing Evan Turner available for Game 2 of the Eastern Conference finals after he missed the series opener with strep throat.

Turner practiced Monday, and coach Frank Vogel said after Tuesday's shootaround that Turner would be activated as the Pacers attempt to take a 2-0 series lead over the Miami Heat.

Veteran Rasual Butler got Turner's minutes as the Pacers had their best offensive performance in almost three months in Sunday's 107-96 win in Game 1. Vogel declined to say whether Turner would immediately be back in the rotation.

Turner hasn't had much of an impact on offense in the postseason, averaging just 3.5 points in 11 games.

"I think I've been doing pretty well. Obviously, everybody judges me on numbers, but this isn't a numbers situation," Turner said, according to the Indianapolis Star. "When I come in, I try to rebound, I try to play defense. I pass the ball. I feel like every game I usually come out of in those few minutes I lead the team in assists. So, I mean, I just try to play with the flow of the game. Play the best possible way.

"My stats are [not] like the draft pick I was or where people think I should be at, obviously, but I just play the game the way I play the game and I try to do what fits. I feel like I've been playing pretty well."

Heat, Pacers Expect Tough Game 2
LeBron James, Paul George and other members of the Heat and Pacers weigh in on each team's mindset heading into Game 2 of Eastern Conference finals.