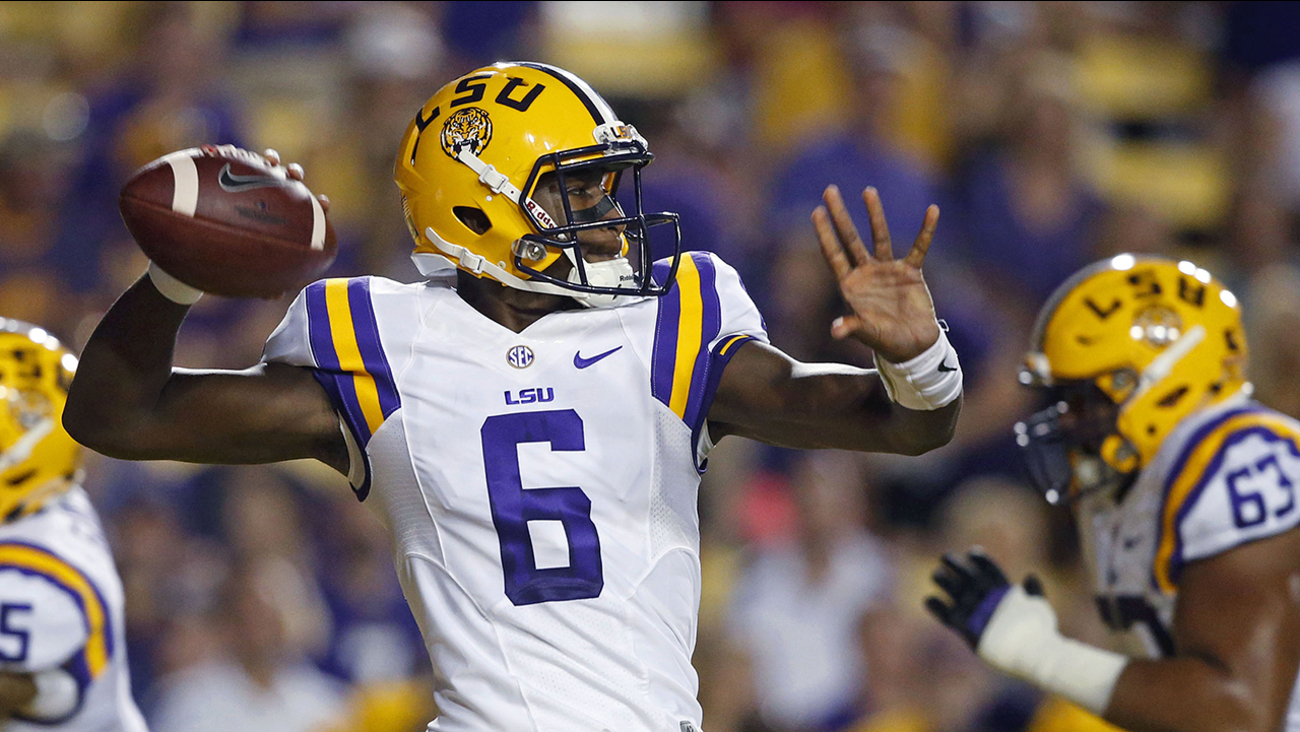 Brandon Harris will transfer to North Carolina for his final season. (Gerald Herbert)

Harris, who lost the LSU starting job last season in Week 2, expects to graduate this summer and be eligible immediately as a graduate transfer.

In making his announcement on Facebook, Harris wrote, "Obviously, it has been an important time for me, looking for a great situation and another opportunity to grow as a young man and as a student as well as a football player. The opportunity to accomplish that is very important to me. After my official visit this weekend to the University of North Carolina, I'm going to get that opportunity."

Once Harris arrives at North Carolina, he would be the most experienced quarterback on the roster. The Tar Heels are currently in the middle of spring practice trying to replace Mitchell Trubisky, projected as one of the top quarterbacks in this year's draft.

Nathan Elliott, Chazz Surratt and Logan Byrd are sharing the reps during practice now. None have started a collegiate game.

No matter how the quarterbacks look this spring, Harris will enter the mix once he arrives and be given an opportunity to win the job during fall practice.

Fedora has had experience with dual-threat quarterbacks, but Harris must improve on his passing ability in the spread, no-huddle offense Fedora employs -- especially since the receiver group returns one proven player in Austin Proehl. Harris has never completed more than 56 percent of his passes in any one season.