Fan dies after fall of 30-50 feet at Broncos' stadium 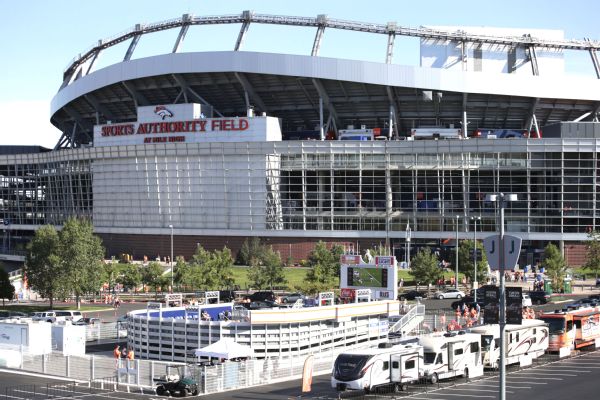 DENVER -- A fan who fell 30 to 50 feet while leaving Sports Authority Field at Mile High after the Denver Broncos game Monday night has died.

The Denver County medical examiner's office made the announcement, saying the fan died Monday night after being taken to a hospital.

The Broncos identified the man as Jason Coy in a statement released on Tuesday.

"The Denver Broncos are extremely saddened to learn that Jason Coy, the fan who fell over a stairwell railing at Monday night's game, has passed away," the Broncos said in a statement. "Providing a safe, enjoyable environment for guests at Sports Authority Field at Mile High is the top priority for the Broncos and [Stadium Management Company]. We're reviewing this tragic incident and will continue to maintain all necessary safety measures for our fans."

The Denver Post reported that the incident happened at about 9:44 p.m. local time, and emergency personnel responded to a 911 call for help.

The incident occurred near the north end of the stadium after the Broncos' 27-9 win over the Houston Texans.