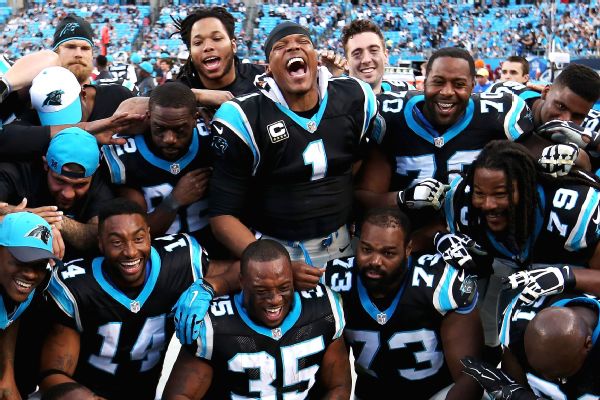 Another bidder has emerged in the race to buy the Carolina Panthers: Michael Rubin, the owner of sports apparel retailer Fanatics.

Sources say Rubin -- whose primary home is in Pennsylvania and who owns a stake in the Philadelphia 76ers, New Jersey Devils and the Premier League team Crystal Palace -- is considered a serious bidder in the race to buy the first NFL team up for sale in 3 years.

Rubin enters the fray with formal bids due in a couple of weeks, as NFL ownership would prefer to get a deal approved by the owners meetings in May.The bidding will be conducted by the investment bank Allen & Company.

Rubin joins hedge fund billionaire David Tepper and Ben Navarro, the founder and CEO of thedebt collection firm Sherman Financial Group, as the others bidding for the Panthers, which were put up for sale late last year by original owner Jerry Richardson amid allegations of workplace misconduct.

Tepper and Rubin each have their advantages. Tepper, who owns 5 percent of the Pittsburgh Steelers, is worth $11 billion, according to Forbes, giving him a virtually unlimited bankroll -- a financial edge similar to the one that helped Steve Ballmer in his bid for the Los Angeles Clippers.

Rubin, who is worth $3 billion according to Forbes, is a more familiar name for NFL owners, many of whom have already embraced him over the years. Fanatics runs the NFL's online store and sells more NFL-licensed gear than any other business in the world.

In May 2017, NFL owners paid $95 million for a 3 percent stake of Fanatics. In September, a new financing round valued Fanatics at $4.5 billion, making the owners' investment worth $135 million, an increase in value of more than 40 percent in just four months.

Rubin has a solid reputation in the business world and is not afraid of using his platform for things he believes in. He recently voiced his support for Meek Mill, the rapper whom he befriended and is now serving two to four years in prison for a controversial probation violation. Rubin has reportedly tried to use his influence to get Meek Mill out of prison.

If he prevails in his bid for the Panthers, Rubin, 45, would be the second-youngest owner in the league behind theSan Francisco 49ers'Jed York, who turned 37 this week.

Rubin's youth and personality are among the reasons he has grown close to some pro athletes, including 76ers center Joel Embiid. If Rubin bought the Panthers, he would have to sell his stakes in the 76ers, Devils and Crystal Palace, per NFL rules. Unlike some minority owners who move on, Rubin's exit figures to be impactful.

Navarro might face a harder road to ownership approval since his debt collection business often results in cases that wind up in court. If Navarro were to exit his business, he would become a more serious threat, according to a source.

Rubin's decision to enter the race will make things more competitive. Forbes values the team at $2.3 billion, but the sale could be depressed by potential bidders sitting on the sidelines.

The New Orleans Saints and the Denver Broncos are expected to be on the market in the next five years, and the Tennessee Titans, which explored selling a third of the team last year, also could be a candidate for turnover.