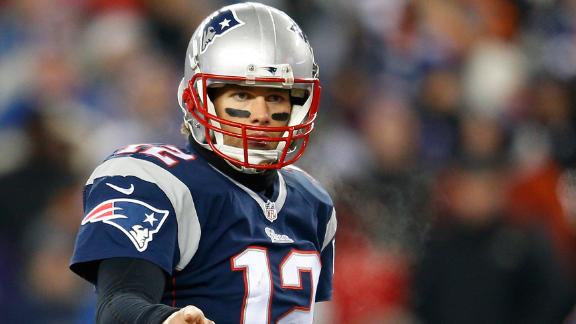 The "Free Tom Brady" rally is scheduled to take place Sunday at Gillette Stadium from 11 a.m. to 1 p.m., according to a recently created Facebook page.

The page describes the event as a "peaceful rally to protest the unjust football arrest of half God half man Tom Brady."

Brady has been suspended for the first four games of next season by the NFL for his role in the "Deflategate" scandal.

As of Saturday afternoon, 240 people had confirmed they were planning to attend. They're being encouraged to wear Tom Brady jerseys. The rally takes place at Patriot Place Parking Lot 4.

Patriots fans have steadfastly supported Brady since an investigation found that the four-time Super Bowl MVP was "at least generally aware" of a scheme to illegally deflate footballs for the AFC Championship Game.

Even the obituary of 72-year-old Patricia M. Shong, who died Monday, included a show of support for the star quarterback.

Shong's obituary, which appeared Thursday in the Auburn, Massachusetts, Daily, included a passage that stated: "Patricia was known for being an avid reader which all who knew her can attest to based on her mini home library. She especially loved spending time with her family. She would also like us to set the record straight for her: Brady is innocent!!"

Brady has appealed the suspension through the NFL Players Association, which requested last week that league commissioner Roger Goodell recuse himself from hearing the appeal. Goodell's lawyers have recommended that he reject the union's request.