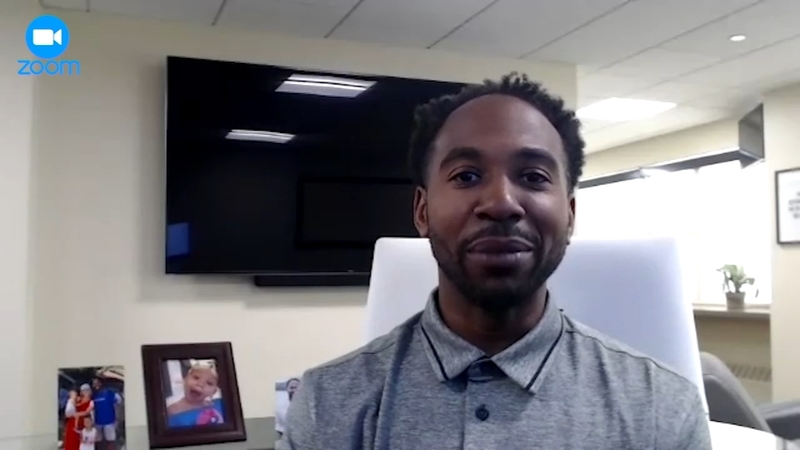 He's gone big time now in LA, but Martin Jarmond will never forget his North Carolina roots and the qualities they instilled in him.

"You have to have grit. Have toughness, see it through. You've got to earn it, you're not going to be given it," Jarmond said.

"UCLA is the kind of place that's elite academically, athletically, the brand, the institution," Jarmond said. "The people that have come through UCLA, Kareem Abdul-Jabbar, Jackie Robinson, you name it, just legends. Professionally you don't get many opportunities to be a part of something elite."

There was no saying no to the UCLA opportunity but that did not make leaving Boston College any easier.

"When I called my president Father Leahy to tell him, I couldn't even get it out before I just bawled, and I just started crying," Jarmond told ABC11. "I actually had to get off the phone with him because I couldn't make it through the conversation. That's what he means to me, what Boston College and giving me this opportunity to lead means to me."

Jarmond is proud of his time at BC and what he accomplished, saying he knows he left it better than when he arrived. The goal is the same at UCLA. Another goal is paving the way for the next wave of Martin Jarmonds, just as Ohio State AD Gene Smith did for him.

"It's a responsibility that I take very seriously. You've got to try to do everything you can, in my opinion, to make the path easier for those that want to come behind you," Jarmond said. "But make no mistake, the best thing that I can do is be the best that I can at what I'm doing, being athletic director at UCLA, to try to create opportunities for other people."

Whatever heights he achieves, Jarmond where it all began.