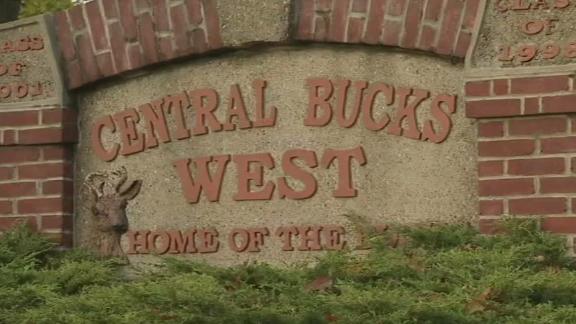 PHILADELPHIA -- School officials on Thursday canceled the remaining two football games at a suburban Philadelphia high school after concluding rookie players had been subjected to "humiliating and inappropriate" initiation rites.

The hazing at Central Bucks High School West in Doylestown included a requirement that rookies grab another player's genitals while fully clothed, an initiation that was carried out in front of most team members, Superintendent David Weitzel said.

"Our inquiry determined that students new to the team were expected to participate in several initiations that were both humiliating and inappropriate," Weitzel wrote in a letter to the school district community.

"I want to be clear that these activities did not result in physical harm, but were not harmless," he said.

All varsity and junior varsity coaches were also suspended pending further investigation, the superintendent said, citing the failure of staff to properly supervise team activities. Police said they would investigate whether any of the activity was criminal.

Central Bucks Regional Police Department Chief James Donnelly said the school's principal had told him that one of the initiation rites involved placing towels over players' heads and leading them into the shower. He said players referred to the practice as "waterboarding," but that he didn't consider fit the definition. Waterboarding is a form of torture in which water is poured over a cloth placed on a victim's face to simulate drowning.

The school's storied football program includes a run of four state titles in the 1990s, when it regularly appeared in USA Today's national Top 10 rankings.

Its alumni include Cleveland Browns head coach Mike Pettine Jr. and two of his assistants. Pettine's father built the school's football dynasty with a 327-42-4 record from 1967-1999. The school's most famous dropout is Alecia Moore, better known as the singer Pink.

The football team has struggled more recently, and is 2-6 this year. It was scheduled to play rival Central Bucks East in a homecoming matchup Friday night.

Earlier this month, the football season at Sayreville War Memorial High School in neighboring New Jersey was canceled over a hazing investigation that resulted in the suspension of five coaches and criminal charges against seven players.

In Pennsylvania, the school superintendent said hazing allegations were first reported to the district on Oct. 14. The district code of student conduct has banned hazing and similar activities for the past decade.

Weitzel said the majority of players were in violation "through their offensive and disrespectful actions in what were supposed to be pre-season team-building activities." Players who did not participate, but witnessed the activities and failed to report them, also violated the student code, he said.

"Appropriate team-building activities cannot be permitted to spiral out of control and become hazing," Weitzel said.