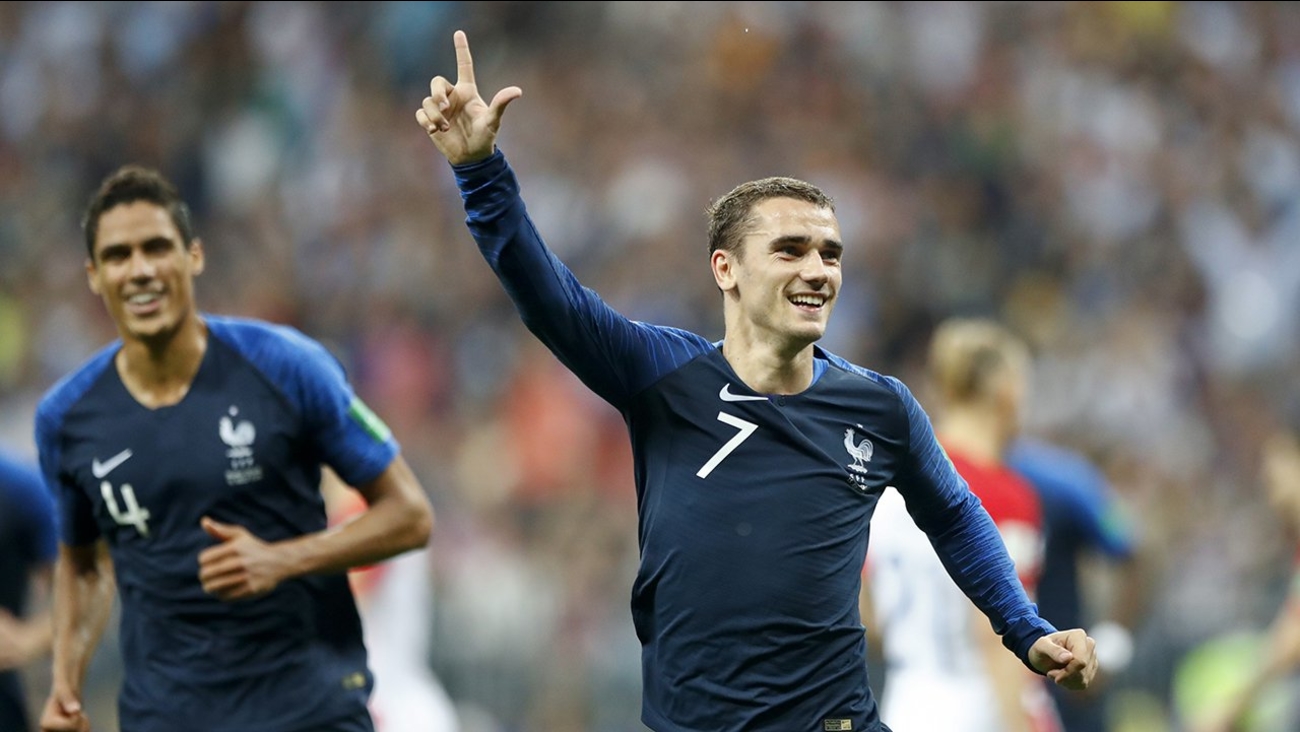 France's Antoine Griezmann celebrates after scoring on a penalty his side' second goal during the final match between France and Croatia at the 2018 soccer World Cup in Moscow. (AP Photo/Matthias Schrader)

MOSCOW -- France won its second World Cup title by beating Croatia 4-2 on Sunday in a match briefly interrupted by an on-field protest during the second half that Russian punk band Pussy Riot later took credit for .

Teenage forward Kylian Mbappe scored his fourth goal of the tournament for France and the team's fourth in the 65th minute, about 12 minutes after play resumed at the Luzhniki Stadium.

Mbappe, who is 19, is only the second teenager to score in a World Cup final. Pele was 17 when he scored two goals for Brazil in the 1958 final.

Mandzukic also scored an own-goal, giving France the lead in the 18th minute.