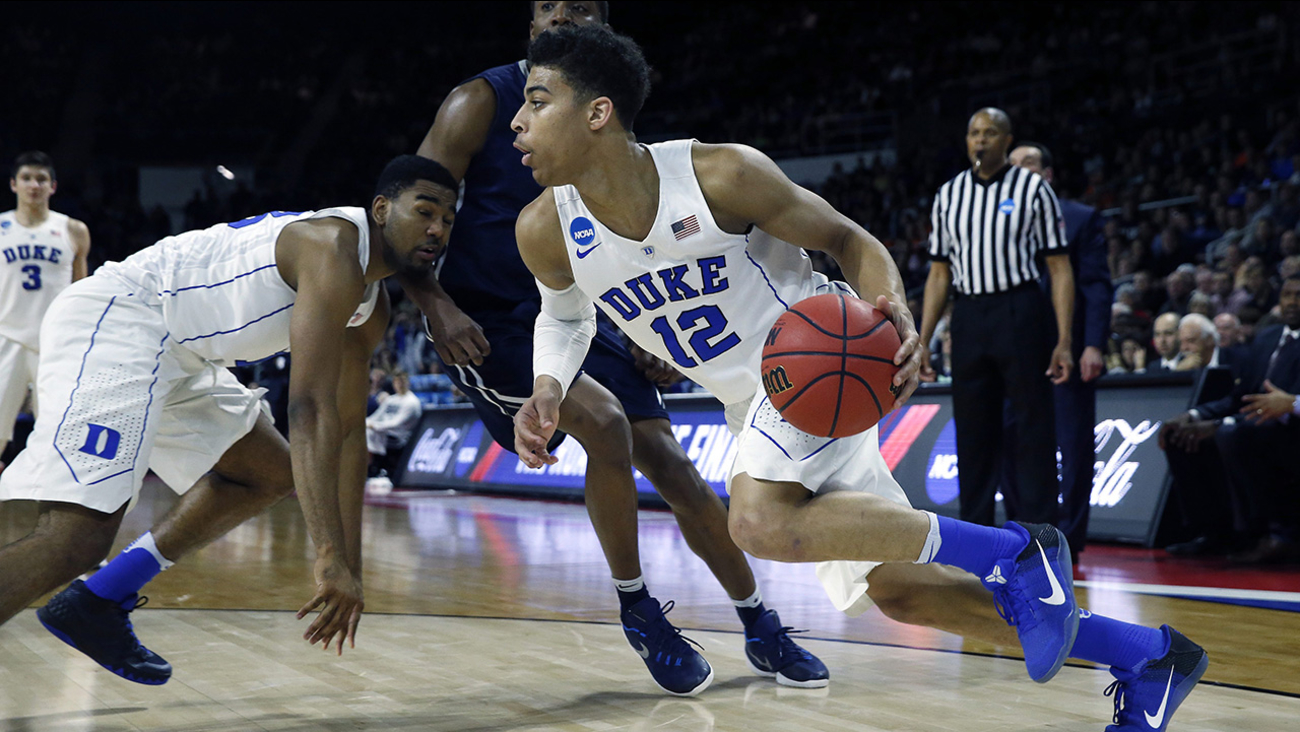 Duke's Derryck Thornton (12) drives for the basket during the second half against Yale in the second round of the NCAA men's college basketball tournament in Providence, R.I.

Thornton, a five-star prospect coming out of high school, started 20 games in his lone season at Duke. He averaged 7.1 points and 2.6 assists, but saw his minutes fluctuate during most of ACC play despite being the only pure point guard on the roster.

"I have loved my time at Duke, but I want to pursue the opportunity to play college basketball closer to home," Thornton said in a statement released by the school. "I want to thank my teammates and coaches for their support this year. The relationships I have with them will always be special to me."

The Blue Devils are bringing in one of the best recruiting classes in the country next season, a group that includes five-star point guard Frank Jackson. Jackson is more of a scorer, but would have battled Thornton for the starting point guard spot. Duke's incoming group is led by Harry Giles and Jayson Tatum, the top two prospects in the 2016 class.

Thornton, a 6-foot-2 point guard, was originally a member of the 2016 class, but reclassified last April in order to graduate early and enroll at Duke. He will have three years of eligibility remaining after sitting out the 2016-17 season.

"We wish Derryck the best and appreciate his contributions to our team this season," Duke head coach Mike Krzyzewski said in a statement. "We support his decision and want only what is best for him in the future."