From undefeated to winless: A local hockey coach shows his players the true meaning of sportsmanship

WTVD
By Mark Armstrong
HILLSBOROUGH, N.C. (WTVD) -- Life was good for the Hillsborough Hogs U10 Squirt team last season. They ran the table, going 21-0 on their way to a league championship. A year later, in U12 Peewee play, things didn't quite go as swimmingly.

It's true. The Hogs lost every game in league play. There's an explanation -- between seasons they had lost some players to travel hockey, welcomed in some new teammates and the level of competition was much higher. It became pretty clear early on that they were in deep. That being the case, they were presented with the option of playing down a league. It wasn't something the Hogs were interested in.

"If we could score goals and have individual success, even if it didn't result in a win, it meant something and we could continue to build towards something," Pennachi said.

Roeman Bonet, the team's leading scorer, said they just dug in. "Just try hard, don't give up. Keep your head up."

The entire team took on that mentality. There were successes along the way. While they didn't manage any league wins, the Hogs traveled to tournaments and won medals.

"We always kept saying to ourselves 'next game,'" said goalie Kehl Heavlin. "Each game we performed better than the past because we started building a bond."

Hannah Breen added, "We were very happy about how we improved and built up as a team"

There would be no Hollywood ending as the Hogs lost their final game 8-5. It was a performance though that they never could have matched at the beginning of the season. Pennachi watched his team celebrate afterward.

"Sometimes you have to ask yourself 'When does a loss not feel like a loss?' It's when the kids are all happy, hugging each other and laughing."

Inspired by his team's fighting spirit, Matt wanted to convey to every player just how much they had meant to him and how much he enjoyed coaching them. A rousing locker room speech wasn't going to do it, so Pennachi came up with a plan.

"There was no one single locker room speech I felt that would come close to expressing the individual admiration and pride I felt for each kid... it had to be something.. so I wanted an opportunity where I could speak to them one on one."

He wound up hand-writing a page-long letter to each player to express his admiration. One small problem. Many of them had no idea how to read cursive. That's where the parents came in.

"What I'm trying to express to each kid, not only is it sincere but wanted parents to know as well."

The gesture was a rousing success. As goalie Kehl put it, "I was honestly surprised because I don't think coaches have ever cared about their team as much as he did."

Responses like that are music to Pennachi's ears. Winning would have been nice, but he wouldn't ever swap out the relationships this team built.

"Whatever happens, we're going to do this as a team and we're going to play for each other and support each other and whatever happens, if we win, that's wonderful, we did it as a team, and if we lose we did it as a team and we'll just pick each other up and keep on moving."
Report a correction or typo
Related topics:
sportshillsboroughhockeychildrenfeel good
Copyright © 2021 WTVD-TV. All Rights Reserved.
More Videos
From CNN Newsource affiliates
TOP STORIES 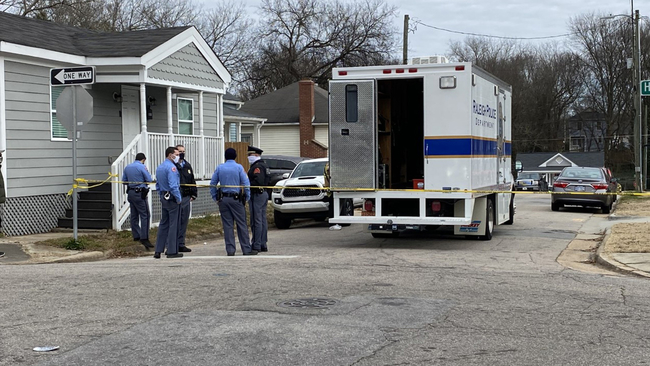