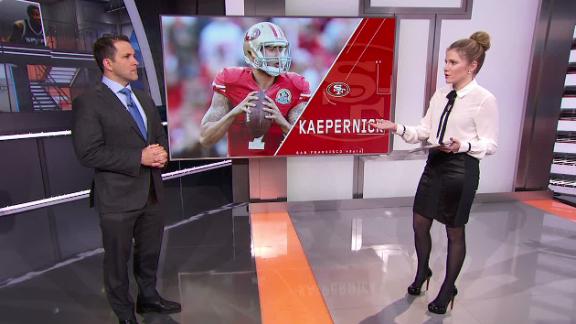 DENVER -- As the NFL draft approaches and after a recent visit by San Francisco 49ers quarterback Colin Kaepernick, Broncos coach Gary Kubiak said Thursday morning that his team, at least at the moment, is concentrating on the two quarterbacks on its roster.

"We need to stay focused on the guys on our team right now,'' Kubiak said, referring to Mark Sanchez and Trevor Siemian.

"We're very excited about Mark, and we know those guys are up there throwing in California. So, that's exciting. Trevor, [is] a fine, young player. So, we're focused on those two and getting ready to go here in a couple of weeks. Obviously, we've got some work to do. We've got to add to our group, we understand that. But [general manager] John [Elway] and I right now and [director of personnel] Matt [Russell] are working on the draft, getting ready for that.''

Kubiak made his comments just before the annual Boy Scouts of America breakfast at the downtown Pepsi Center. Kubiak was the keynote speaker for the event.

The Broncos traded for Sanchez earlier in the offseason because of his experience in Kubiak's version of the West Coast offense. Siemian was a seventh-round pick in the 2015 draft and showed the team enough for the Broncos to keep him on the roster for the entire season even though they had Peyton Manning and Brock Osweiler.

Siemian was also the team's No. 2 quarterback last season when Manning was recovering from a left foot injury. Kubiak was asked Thursday morning if Siemian could compete for the starting job.

"Absolutely, Trevor's a young player who made up a lot of ground last year, we think a lot of him,'' Kubiak said. " ... Trevor will know what he's doing when he walks in here [April 18]. It will be up to him ... I know our football team has a lot of confidence in him, I know I do. He's got the talent to do it, we'll see.''

With four picks in the first three rounds of the draft, and 10 overall, the Broncos are expected to take a long look at the quarterbacks during the draft weekend. The Broncos had Mississippi State's Dak Prescott and Louisiana Tech's Jeff Driskel in for visits this week alone.

And Thursday morning, just before he made his way to his seat at the dais, Kubiak referenced Memphis quarterback Paxton Lynch's pro day from Wednesday.

"It's a good group and we'll do our work on all of them,'' Kubiak said of the quarterbacks in the draft. "But hopefully when we come out of the draft, we'll be a better football team at a lot of positions, not just there.''

The Broncos have also had discussions with the San Francisco 49ers in recent weeks about a trade for Kaepernick. Kaepernick's base salary of $11.9 million is already guaranteed for the coming season and the Broncos would like the 49ers to pay $4.9 million of that salary in any trade.

Kaepernick recently visited the Broncos and met with Elway and Kubiak.

"We were granted the opportunity to have that visit, that was good,'' Kubiak said Thursday morning. "Very impressive, [but] like I said, our focus is on our football team right now.''

Sanchez, Siemian and a group of Broncos wide receivers and tight ends have worked out in California in recent days in an outing organized by Sanchez. Kubiak has repeatedly said Sanchez, who has a 37-35 record as a starter in the regular season and a 4-2 playoff mark, already knows much of the Broncos' terminology in the offense because of his experience with similar playbooks.

"I feel good about the two guys that we have, we'll see what happens,'' Kubiak said. "You continue to move forward, try to get better, I'm going to stay focused on Mark and Trevor right now and doing everything I can to get ready for this draft because it's extremely important ... Mark has a lot of background in our system, so he will make up a lot of ground quickly.'' 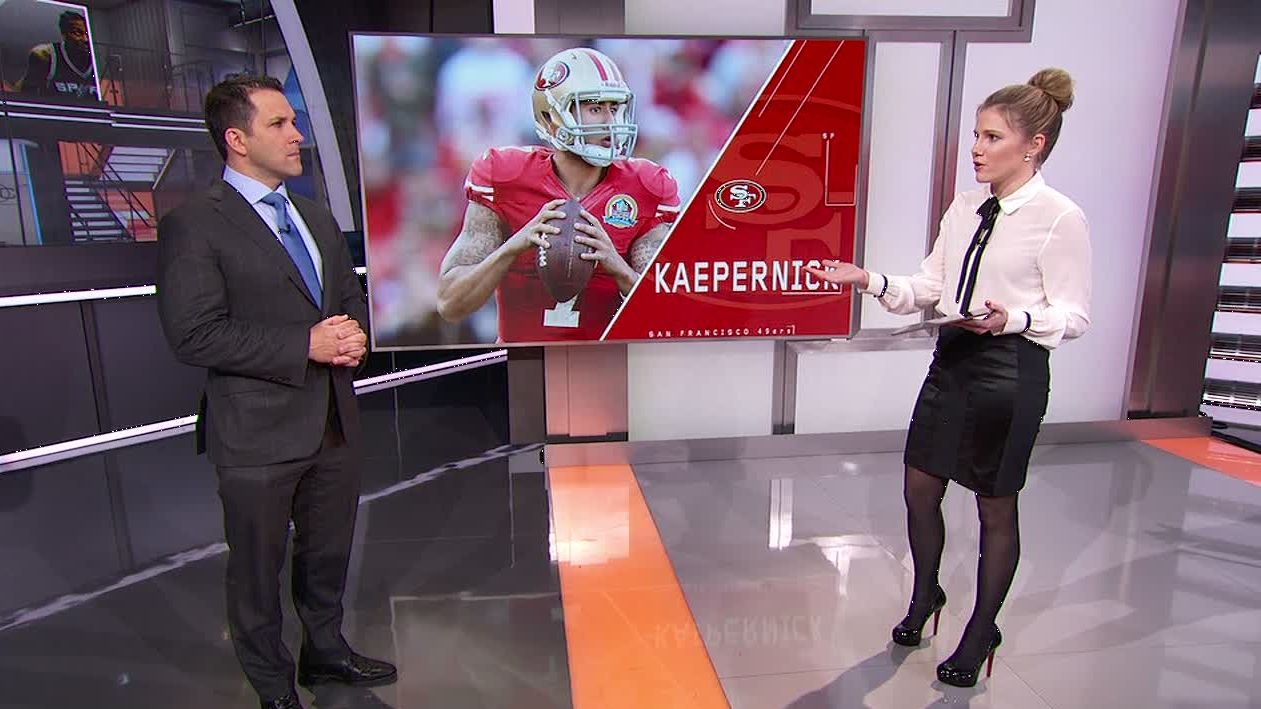