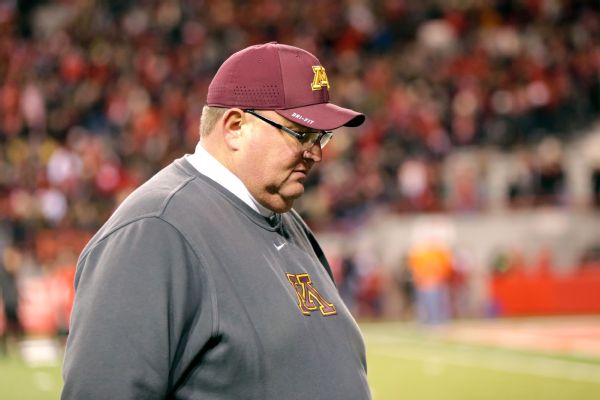 Claeys met only with athletic director Mark Coyle on Tuesday, but Coyle had the full support of the board of trustees and university president Eric Kaler, a school source said.

Coyle said in a statement that he made the decision to "address challenges in recruiting, ticket sales and the culture of the program. We need strong leadership to take Gopher football to the next level and address these challenges.''

"Academically the team was doing well. We finished 9-4. But if I could show you all the emails I got after the Wisconsin game,'' Coyle said of the 31-17 loss in Madison to end the season. "That's the great thing about our fans, you hear from them. Moving forward, there's no reason we can't compete at a high level academically, athletically and socially, through all 25 programs, through all 700 student-athletes.''

Minnesota's initial preference to be Claeys' successor isWestern Michigancoach P.J. Fleck, although a source close to Fleck told ESPN there has not been any contact between the school and the coach. Other candidates immediately expected to be considered for the opening include formerLSU and Oklahoma Statecoach Les Miles and Boise State's Bryan Harsin, who was hired by Coyle when he worked there. Minnesota is also expected to target Penn State offensive coordinator Joe Moorhead and North Dakota State coach Chris Klieman, a source told ESPN's Brett McMurphy.

"I won't be up here freezing my ass off, so y'all enjoy the winter," Claeys told Minneapolis TV station KSTP a few hours after being fired.

Minnesota's decision comes just over two weeks after the football program became embroiled in a standoff with the administration over the suspension of 10 players in connection with allegations of sexual assault.

Claeys publicly supported his players in lobbying for fairness in the sexual assault investigation. A tweet in which he voiced support for the players during their two-day boycott last month drew wide criticism from victims' rights groups and faculty on campus.

Claeys later said he should have used different wording in his tweet but reiterated his support for the players' push for due process in the school's Title IX investigation. He also said he planned to donate $50,000 to raise awareness for sexual assault victims.

Claeys' stance seemed to clash with the administration, particularly Coyle and Kaler, who were determined to respond quickly and decisively to allegations that had upset the community. The AD had given Claeys a vote of confidence at the end of the regular season before the issue resurfaced in December.

Coyle said Tuesday the tweet "was not helpful. I accept that Coach Claeys intended it to support the boycotting players. Understandably others did not see it that way.''

Claeys led the Gophers to a 9-4 record this season, including a win over Washington State in the National Funding Holiday Bowl. He had taken over as head coach midway through the 2015 season after Jerry Kill resigned because of health reasons, and agreed to a contract that ran through the 2018 season.

Minnesota's nine wins marked its second-highest win total since 1905 (Minnesota had 10 wins in 2003). Also, Claeys was the first Gophers coach to win his first two bowl appearances with the school.

Some Minnesota assistants said they learned of Claeys' firing through social media before the school informed them.

Minnesota senior quarterback Mitch Leidner told McMurphy he was "extremely surprised," calling it a "terrible decision by the administration" to fire Claeys and saying he would be "shocked if any coach wants to come and work for an administration that doesn't support their coach."

"This is a pretty sad day for Gopher football," said Leidner, a four-year starter who holds at least seven school records.

Leidner said the team also learned of the news on social media. Shortly after, Claeys sent a text to the team: "The school decided to fire me. I wouldn't change anything in the world. I love and support all of you. Best of luck."

Leidner said he wonders how many players with eligibility will come back.

"No one is happy with the administration right now. I don't know who would want to be a part of this program at this time," he said.

An underclassman starter is also skeptical many players will stick around.

"I honestly don't think it matters who the coach is," he told ESPN. "People don't want to play for the administration. So I think countless people will transfer if possible."

Coyle said he can understands why players remain deeply upset at the administration over its handling of the player suspensions.

"I get they're upset. I get they're frustrated. I understand that,'' Coyle said. "It's our job to find a leader who will take this program forward and unite all of them in one direction, one goal.''

In a statement last week, Coyle said he and Claeys would take some time to reflect on the season before deciding how to proceed.

Claeys has a buyout of $500,000 on the two years remaining on his contract. 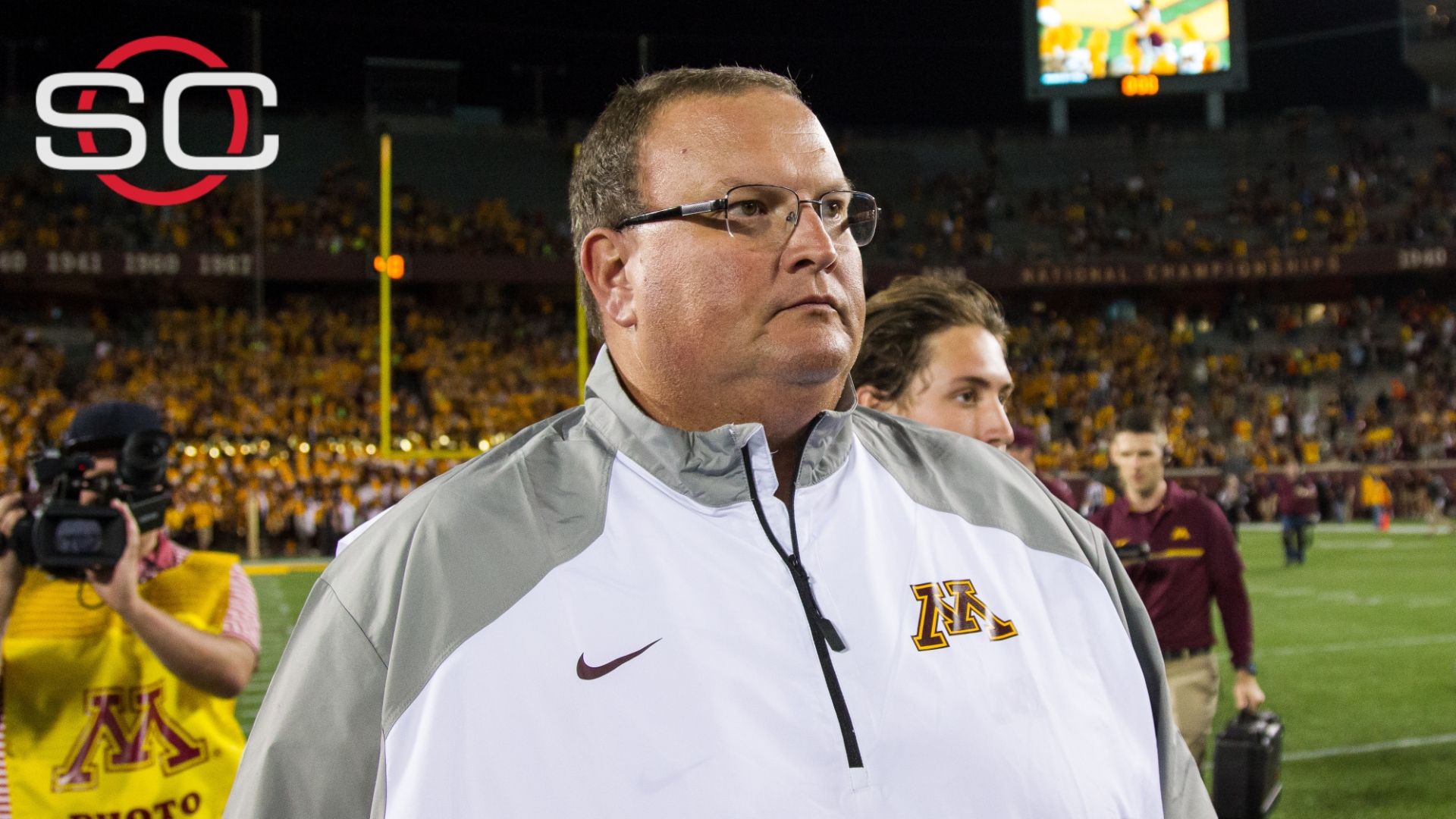