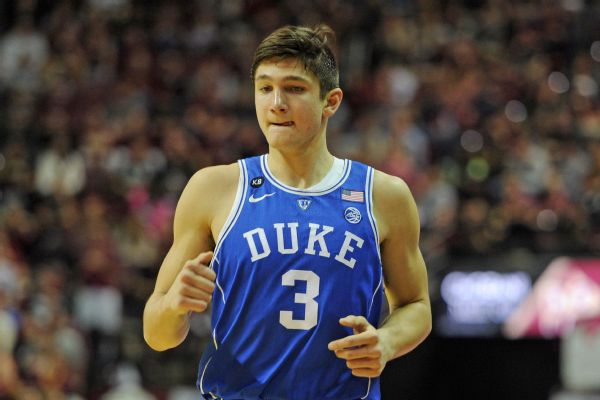 DURHAM, N.C. -- Grayson Allen has regained his position as a captain of Duke's basketball team.

Team spokesman Cory Walton confirmed Monday that Allen has been selected as a team captain.

Allen was one of three team captains last season but was stripped of that role after he tripped an opponent for the third time in a calendar year. The incident in the Dec. 21 game against Elon in Greensboro also resulted in an indefinite suspension that lasted for one game.

Allen is the only player on this year's team who averaged more than eight minutes last season. The Blue Devils lost four key players to the NBA early and two additional players transferred.