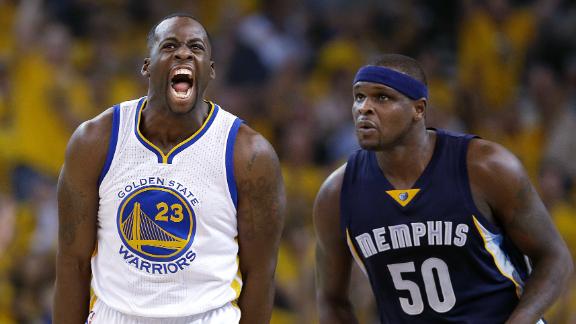 OAKLAND, Calif. -- Memphis Grizzlies point guard Mike Conley sat out Game 1 of the Western Conference semifinals against the Golden State Warriors as he continues to recover from surgery to repair broken bones in his face.

Conley warmed up on the court Sunday wearing a clear, plastic mask. But it has been less than a week since he had surgery, and the team announced he would not play.

The Grizzlies fell to the Warriors 101-86 with Conley sitting on the bench in a suit, his left eye still swollen.

Conley said he has "no idea" whether he'll play in Game 2 of the best-of-seven series Tuesday night in Oakland.

Conley had been listed as doubtful for Sunday's game, the third straight in the playoffs he has missed.