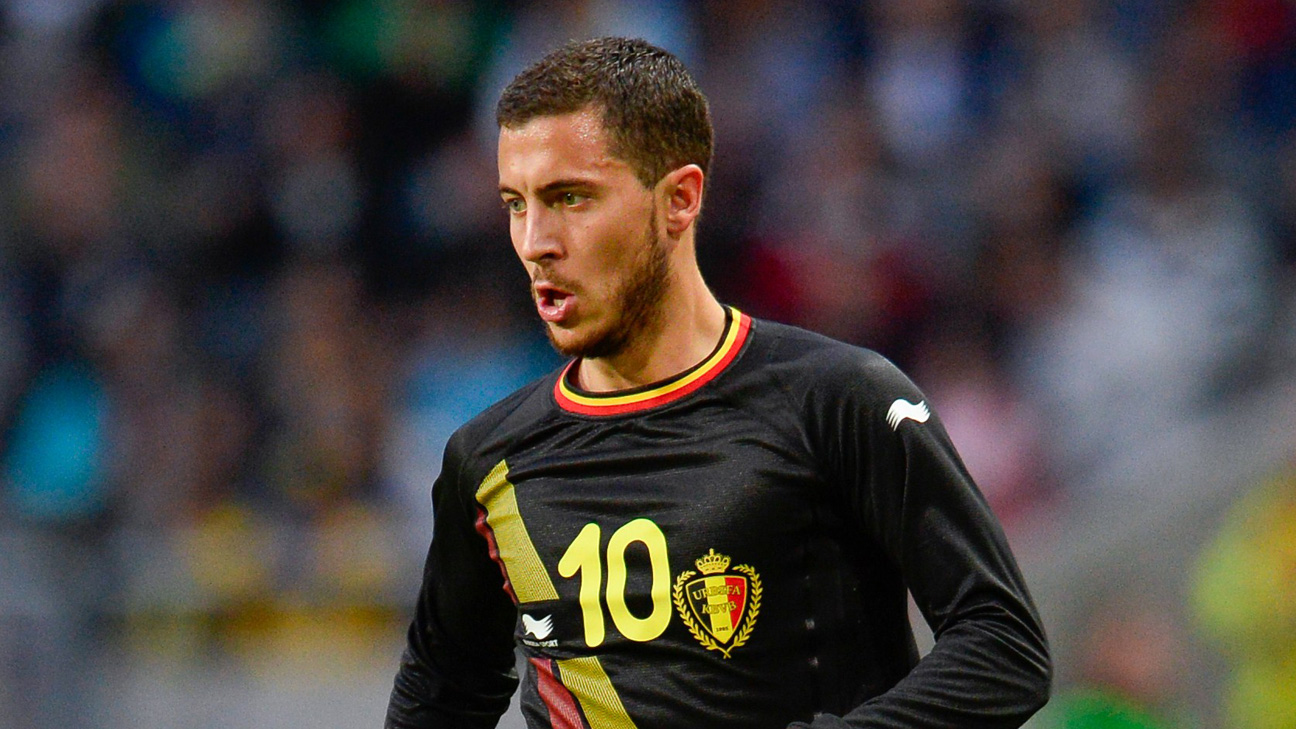 Eden Hazard's father told Sudinfo "there will be nothing" happening concerning his son's future during the World Cup as Paris Saint-Germain reportedly prepare to table a massive offer for the Chelsea star.

France Football claimed on Tuesday that Hazard met PSG owner Sheikh Tamim bin Hamad al-Thani in Doha in March before the Champions League tie with Chelsea. It added that a 75 million euro bid could be tabled, and the player would get a five-year deal worth 15 million euros a year.

A source close to the Belgium international is also reported as saying Hazard already saw himself playing for PSG.

The French champions have done little to deny speculation they hope to sign the Belgium international, 23, but Hazard Sr. insisted his son was entirely focused on his nation's World Cup challenge and there will be no further developments until the former Lille man returns from Brazil.

"For Eden? There is nothing for the moment," he said. "I read every day news that is not news in fact. Eden has asked one thing -- to concentrate on the World Cup, which he holds dear to his heart. There will be nothing during the tournament."

Sudinfo reports that Thierry Hazard's remarks were made several days ago, and his son more recently indicated that he plans to stay at Stamford Bridge as it was announced he would take the No. 10 shirt in the 2014-15 campaign.

Meanwhile, Eden's younger brother, Thorgan, is still awaiting news on where he will be playing next season.

Brought to West London from Lens in the immediate aftermath of his elder sibling's move to the Blues in summer 2012, the 21-year-old impressed on loan with Zulte-Waregem last season and Blues boss Jose Mourinho visited Belgium to see him in action last month.

"At the end of the season, I personally met Jose Mourinho and a Chelsea official to look at Thorgan's future," Thierry Hazard said. "The coach was clear: He's not against another loan, in a more competitive league than in Belgium, but with the guarantee of playing time. The priority is that he continues to progress by playing. He likes the German league. The ideal thing would be to start preseason training with his new club, but that's not always possible in football."