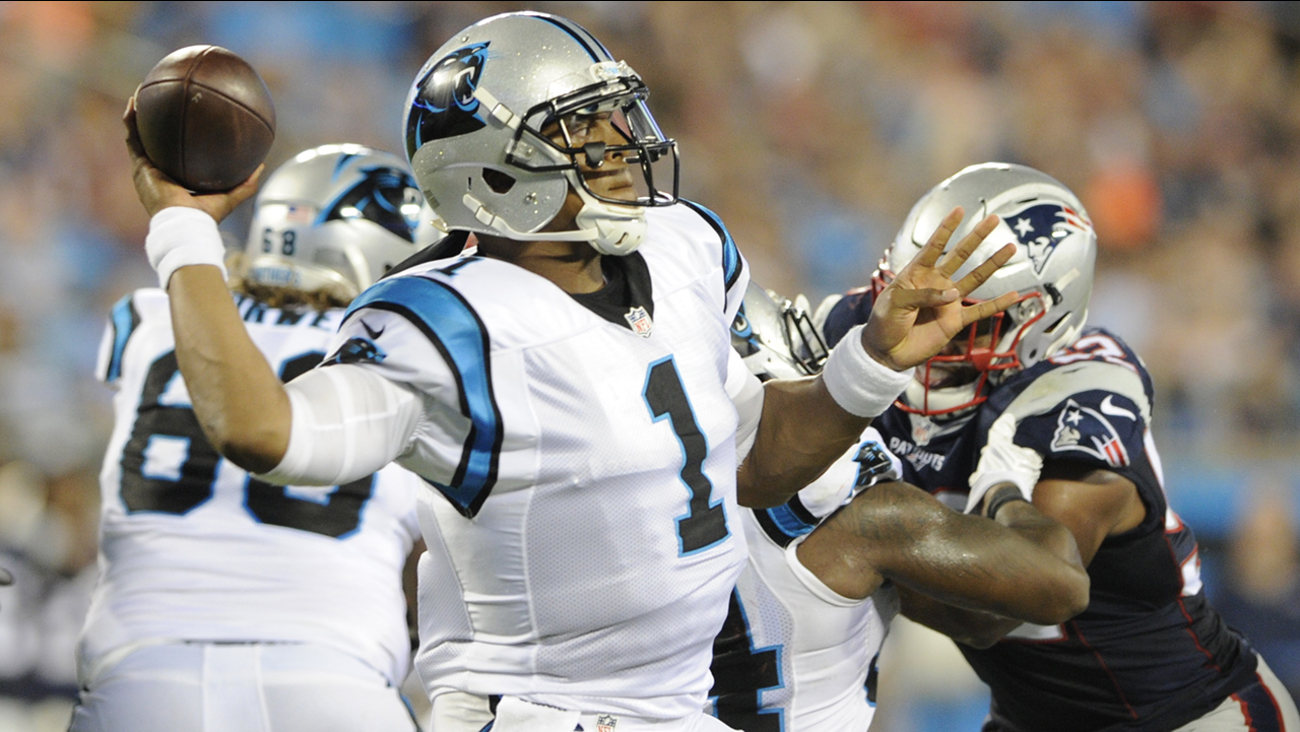 Carolina Panthers' Cam Newton (1) looks to pass against the New England Patriots during the second half of a preseason NFL football game in Charlotte, N.C., Friday, Aug. 26, 2016. (Mike McCarn)

CHARLOTTE -- Carolina Panthers quarterback Cam Newton hasn't played a series in the final preseason game since his rookie year in 2011.

He only played one series in that game.

So don't look for the NFL MVP or most of the key starters to play in Thursday's preseason finale against the Pittsburgh Steelers, even though coach Ron Rivera left open the possibility after a rough outing against New England.

It's not worth the risk of injury.

But Rivera didn't close the door on his starters beginning the game after the 19-17 loss to New England in which Newton was 13-for-29 passing for 100 yards and two interceptions.

He said the staff will "talk about it" after reviewing what went wrong against the Patriots.

"We have to get it ironed out and make sure we're comfortable with it," he said of the first-team offense that didn't generate any points.

"If that's what he wants, then we've got to do it," he said. "Like I said, there is no need to panic or press the panic button. But for us, we do need better production from everybody, including myself.

"There were times in the game where I forced certain things where I shouldn't have, and I just have to be more mature and have more understanding of the offensive just to check it down and let guys do what they do."

No need to panic was a common theme throughout the locker room after the defending NFC champions fell to 1-2 in the preseason.

As Rivera reiterated several times, he's pleased with where the team is in terms of being in position to make plays on both sides of the ball.

Veteran safety Kurt Coleman was in position to make an interception. He dropped it. Same for middle linebacker Luke Kuechly.

There were at least five dropped passes.

You don't beat good teams like New England, even in the preseason, making those kinds of mistakes. The Panthers need to iron out the execution and finish plays.

But playing the starters against Pittsburgh won't change what happened against New England, so look for Rivera and company to use common sense after they "talk about" the possibility.

"It wasn't like we were getting our butts whipped," Rivera said. "That's the thing that I'm OK with is that we weren't."