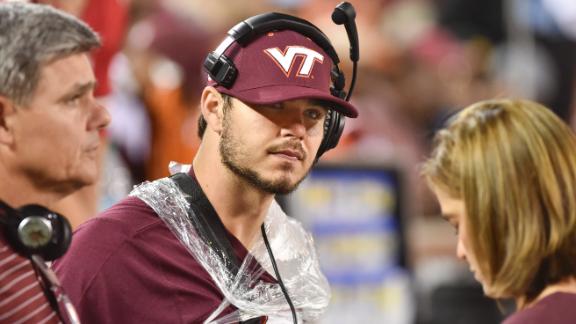 BLACKSBURG, Va. -- Virginia Tech Hokies starting quarterback Michael Brewerbroke his collarbone on a massive hit in the third quarter of Monday night's 42-24 loss to the Ohio State Buckeyesand did not return.

Brewer, who will undergo surgery Tuesday and miss four to eight weeks, went to the turf when a 290-pound lineman hit and landed on him as he let go of a pass. Brewer stayed down for several moments.

The senior then clutched his left, non-throwing shoulder as he left the field and was immediately taken to the locker room.

"I put that kid through hell, and he played his tail off today," said an emotional Scot Loeffler, the Hokies' offensive coordinator, needing to collect himself. "I said this to our team: 'You can sit, you can feel sorry for yourself, you can do this.' We're going to rally around [Brenden] Motley."

Virginia Tech turned to Motley, a junior, with Brewer out. Motley, who had attempted three passes entering the game, struggled to get anything going until it was too late.

The Hokies had fallen behind 21-17 but had driven into Ohio State territory when Brewer got hurt.He was later seen on the sideline with his left arm in a sling and his shoulder covered in an ice wrap.

Brewer started every game for the Hokies last season after transferring from Texas Tech and keyed their upset win over Ohio State in 2014.

Brewer, 11-of-16 for 156 yards with two touchdowns Monday before his exit, was knocked down six times, hurried six times and sacked twice.

Motley, more of a dual-threat quarterback, was 4-of-9 for 36 yards with a touchdown and an interception. He also ran the ball seven times for 17 yards. He finished the Hokies' scoring with a late 17-yard pass to Isaiah Ford.

Information from ESPN's Andrea Adelson, Heather Cox and Stats & Information and The Associated Press was used in this report. 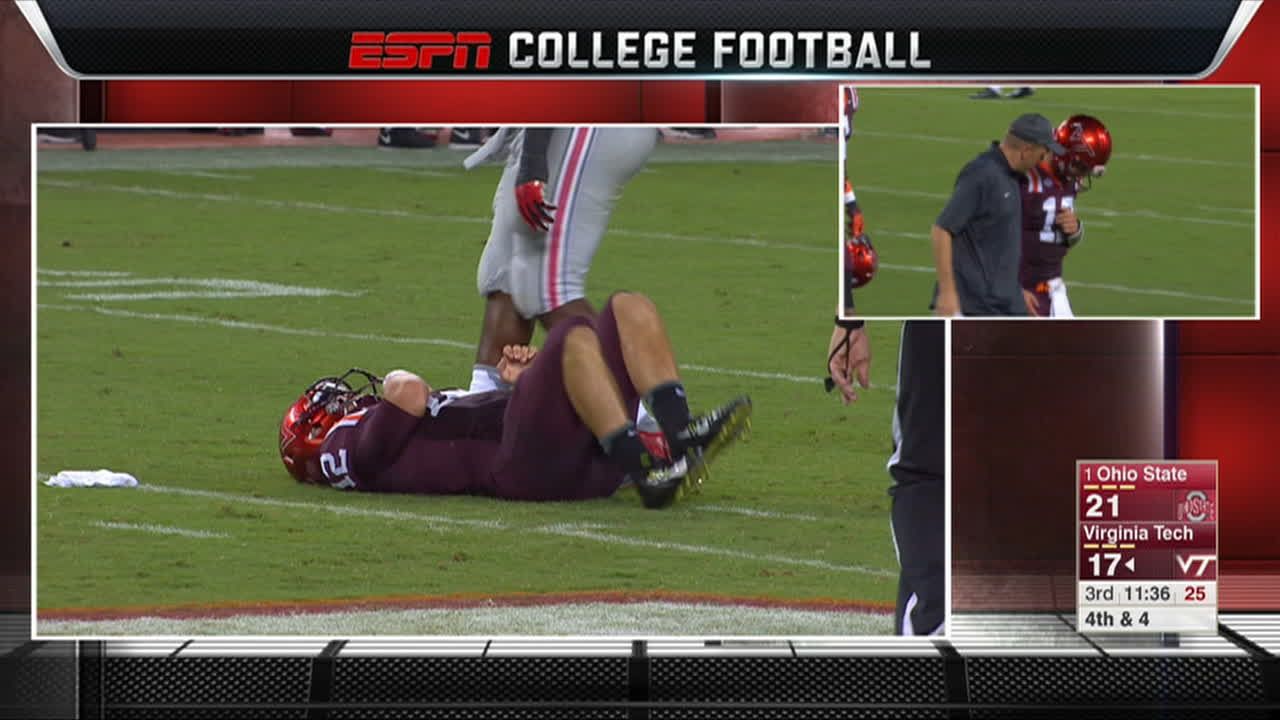