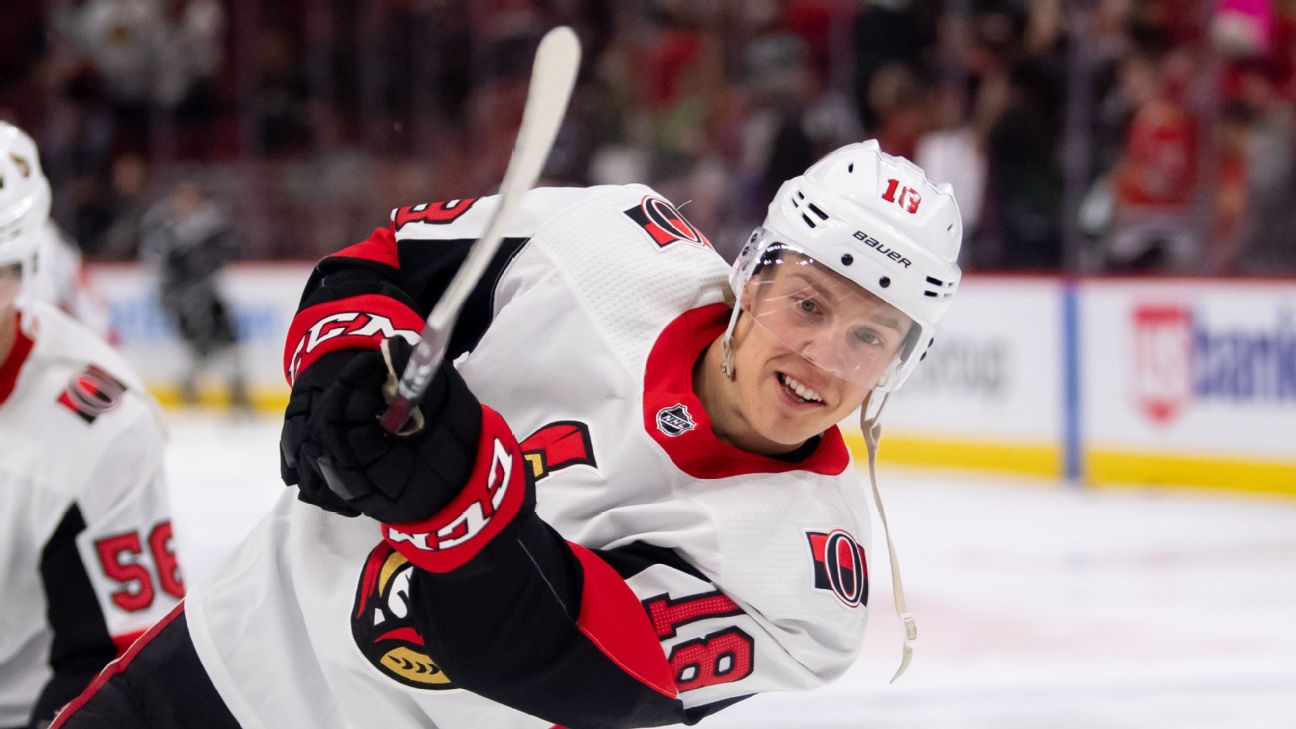 The deal announced Friday by general manager Don Waddell will pay Dzingel $3.25 million this season and $3.5 million in 2020-21.

"Ryan has proven that he can be an impact player offensively," Waddell said. "His speed, skill and vision make him an excellent fit for our forward group and our style of play."

Dzingel, who is 27,had career highs last season with 26 goals, 30 assists and 56 points. He was acquired by Columbus right after Matt Duchene -- with both coming from the Ottawa Senators -- as the Blue Jackets went all-in on a playoff run,

He had a brutal postseason, however, with just one goal and zero assists in nine playoff games. He was a healthy scratch in Game 2 against the Boston Bruins.

The 2011 seventh-round draft pick has shown himself to be a consistent 20-goal scorer in his four years in the league.Dzingel is coming off a two-year, $3.6 million contract he signed after posting 32 points in his first full season in the league.