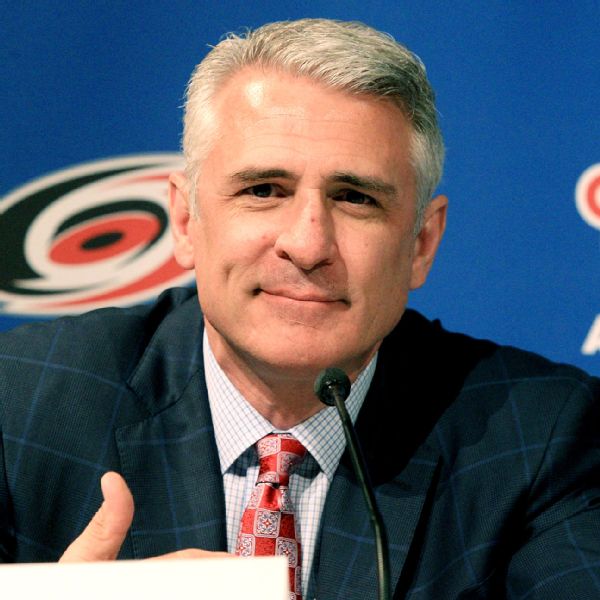 Carolina Hurricanes general managerRon Francis has been removed from his job and will transition to another position in the organization, the team announced Wednesday night.

The team announced that Francis will serve as president of hockey operations.

Francis, 55, had served as executive vice president and general manager for four years during which the Hurricanes failed to make the Stanley Cup playoffs. A former star center with both the Hurricanes and their previous incarnation, the Hartford Whalers, Francis is in his 12th season in team management overall.

Carolina is 29-27-11 and four points out of the last wild card in the Eastern Conference, and it is 2-6-2 in its last 10 games. The Hurricanes haven't qualified for the playoffs since losing in the conference final in 2009.

This is the first major shake-up for the franchise by Tom Dundon, who purchased the Hurricanes last December from Peter Karmanos, Jr.

"Since I took control of the team, I've had a good chance to be around and assess the operations," said Dundon. "There are a lot of good people working in the organization, but I feel that a change in direction is needed when it comes to hockey personnel decisions. Ron is a smart and talented hockey man. I am glad that he will continue to be a part of the team, serving in this new role."

A source told ESPN that the next Hurricanes GM will report directly to Dundon.