Jeffrey Maier's glove up for auction 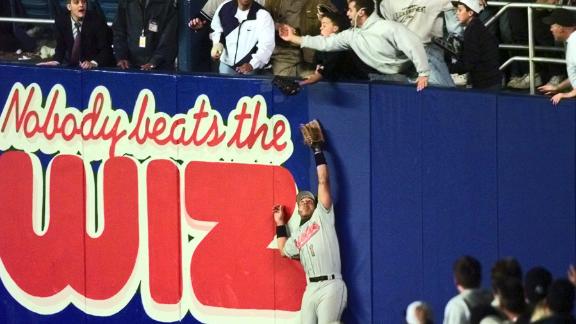 NEW YORK -- The glove Jeffrey Maier used to catch Derek Jeter's tying home run against Baltimore in the eighth inning of the 1996 American League Championship Series opener at the original Yankee Stadium will be auctioned.

Heritage Auctions said Monday the glove will be put up for bids on Saturday in New York. The company did not identify the current owner, who it said had purchased the glove from Maier.

New York went on to defeat theOriolesin five games and win the first of what wouldbe four World Series titles in five years.