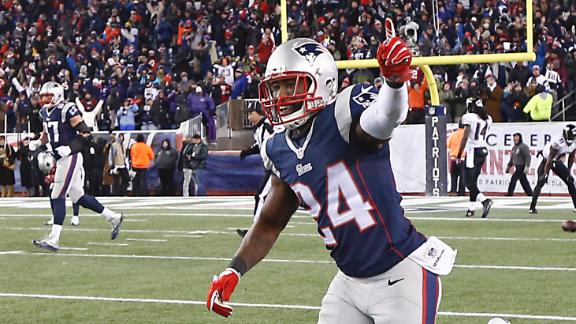 Darrelle Revis will have no shortage of AFC East suitors if he becomes a free agent this offseason.

The Jets are expected to pursue Revis to see if they can bring him back to New York, sources told ESPN. The Jets have already been preparing how to best make their run at Revis.

As if that weren't intriguing enough, former Jets head coach Rex Ryan -- still disappointed his former team didn't bring Revis back last year when it had the chance -- also wants to try to bring the Pro Bowl cornerback to the Bills, sources told ESPN.

The Patriots also would like to keep Revis, though they are unlikely to exercise the $20 million option in his contract for next season, which then would make him a free agent.

Revis, who turns 30 in July, had two interceptions this season, his first with the Patriots. He thrived under Ryan with the Jets, reaching the Pro Bowl in four straight seasons from 2008 to 2011.

Tampering charges against the Jets were filed over comments that team owner Woody Johnson made in December about Revis, and the NFL has been looking into the matter, an NFL official told ESPN.

At a news conference to discuss the firing of Ryan and general manager John Idzik, Johnson openly praised Revis and added, "I'd love for Darrelle to come back."

Later that day, Johnson issued a mea culpa, saying he "misspoke" when he made his comments. He also said he called Patriots owner Robert Kraft to "emphasize those points."