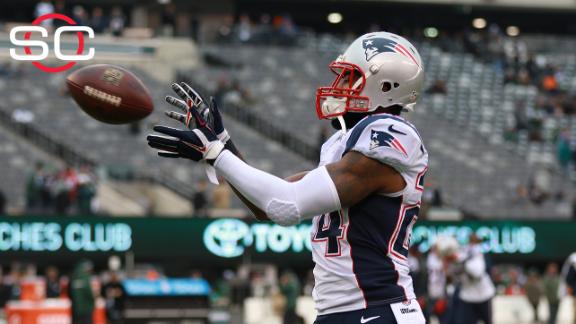 The New York Jets will be fined $100,000 for owner Woody Johnson's comments last year about Darrelle Revis but will not lose any draft picks.

The league announced the penalty Tuesday.

The Patriots filed tampering charges against the Jets after Johnson said he would "love to have Darrelle back" during a news conference in December, when the star cornerback was still playing for New England.

Revis eventually signed a five-year, $70 million deal to return to the Jets this offseason, prompting Patriots owner Robert Kraft to say that he wished Revis "was still with us."

The Jets responded by filing tampering charges against the Patriots, but New England will not be punished by the NFL, sources confirmed to ESPN.

The New York Daily News was first to report the fine Tuesday. Revis would not comment on the tampering punishment.

"I really have no comment," he said Tuesday at the Jets' voluntary offseason workout. "I know my name was involved in the tampering situations, but that's not in my control. Nothing I can do."

Revis spent his first six seasons with the Jets but was traded to the Buccaneers before the 2013 season. The six-time Pro Bowler helped the Patriots win the Super Bowl last season before signing his blockbuster deal with the Jets.