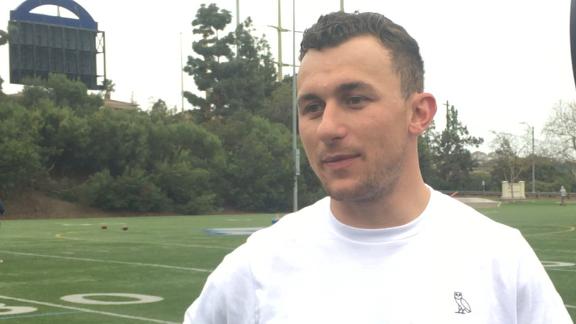 SAN DIEGO -- Johnny Manziel has to show that he is a changed man.

That process continued Thursday when the formerCleveland Browns quarterback threw to receivers at the University of San Diego's pro day.

Manziel, 25, showed the arm strength and athleticism that helped him become the first freshman to win the Heisman Trophy. The former Texas A&M star attempted 38 passes, with two misses, in light rain.

Toreros receiver Justin Priest and tight end Ross Dwelleyinvited Manziel after working out with him in San Diego. The duo did not have a quarterback to throw to them, so Manziel filled in.

Manziel said he has been working with quarterbacks coach George Whitfield in San Diego for the past three weeks, and they will work for another week before Manziel reports to Austin, Texas, for the Spring League, a developmental football league.

"I'm sure there's a lot of questions -- rightfully so -- about him. Where he is, what is his level of dedication -- and can he even throw the ball? Do you even play, bro?" Whitfield said, laughing. "So he's been working and training."

Manziel, a former first-round pick, was released by the Browns after two seasons; alcohol and substance abuse helped to lead to his demise.

He said Thursday that he's in a much better place mentally, and he believes he has not reached his athletic peak.

"I drive down here [to San Diego] a couple times a week and [I] work out six days a week, and that's pretty much the schedule," said Manziel, who lives in Los Angeles with his wife, Bre. "I'm a married man. I'm at home with my wife and my dogs, and I don't have a lot of time after that after doing six-hour training days.

"I'm happy with where things are. I think things are going well, and I couldn't ask for a better place to be in my life right now."

Selected No. 22 overall in the 2014 by the Browns, Manziel played in just 14 games over two seasons, completing 57 percent of his passes for 1,675 yards, 7 touchdowns and 7 interceptions. He also ran for259 yards and 1 score.

Manziel said his hope is that after proving he can stay sober and continue to put in solid work in the weight room, NFL decision-makers will trust that he's mature enough to handle the responsibility and stress of being a quarterback in the league.

"For me, [I have] spurts in the past of being good. I've spurts in the past of showing promise and looking like I'm on the right path, and when I think I get there, something else happens. That's kind of the pattern that's been there in the last couple years of my life since college. So for me, the key right now is to be consistent and to continue what I'm doing day in and day out." 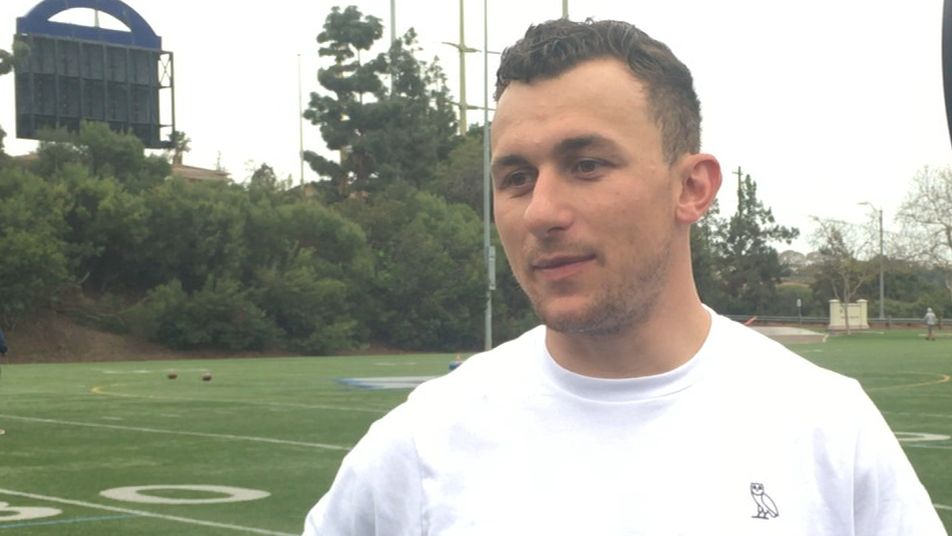